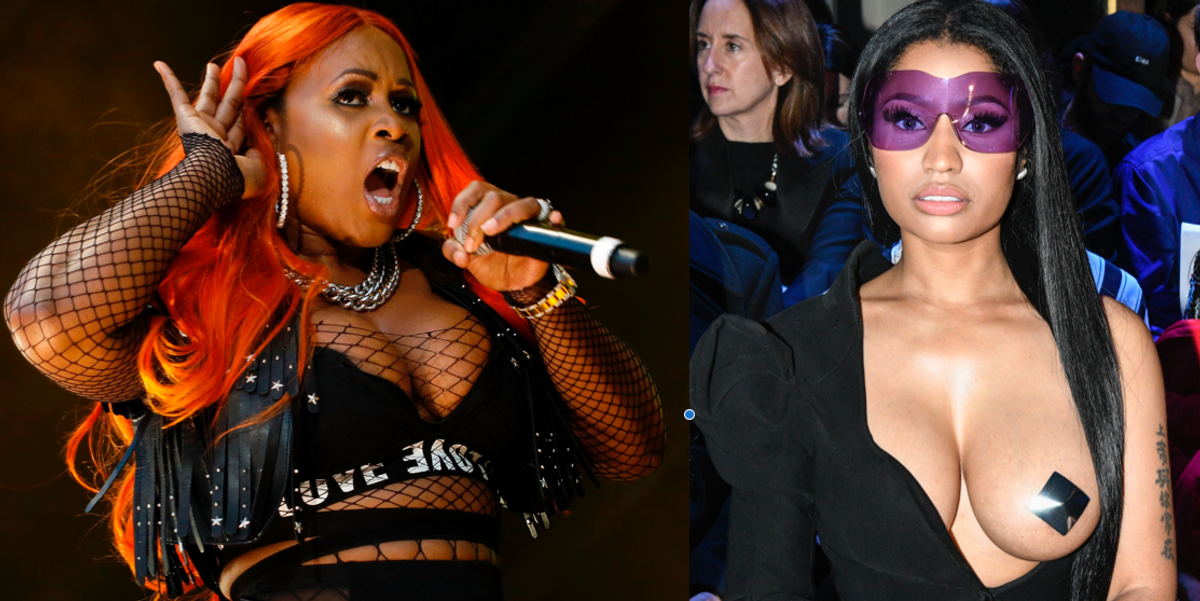 The heat between female rappers Remy Ma and Nicki Minaj is clearly raging on after Remy's appearance at music festival Summer Jam, where performed her hit diss "Shether" days after Nicki claimed Remy's husband Papoose actually ghostwrote the track for her.

Like Drake and his Meek Mill roast at OVO Fest in 2015, during her set Remy projected memes of Nicki Minaj referencing Nicki's various rumored plastic surgeries, concluding with an "In Memoriam" picture of "Onika Tanja Maraj". She also called Nicki out multiple times for labeling herself the "Queen of Rap."

And then Remy Ma Just Either Nicki Minaj on that #SummerJam stage for The Culture 🇺🇸 https://t.co/4SWn2JGxyj
— Real👑Deplorable🐐 (@Real👑Deplorable🐐)1497228460.0

Remy also brought out some of the biggest and most beloved female rappers of all time, including Queen Latifah, Cardi B, Lil Kim, Young M.A, MC Lyte, Rah Digga and Lady of Rage, to perform "U.N.I.T.Y." another deliberate Minaj diss.

Only last week Nicki Minaj jumped on the mic at 2Chainz Pretty Girls Like Trap Music and flexed her commercial viability, while claiming Remy's husband Papoose, not Remy wrote "Shether."