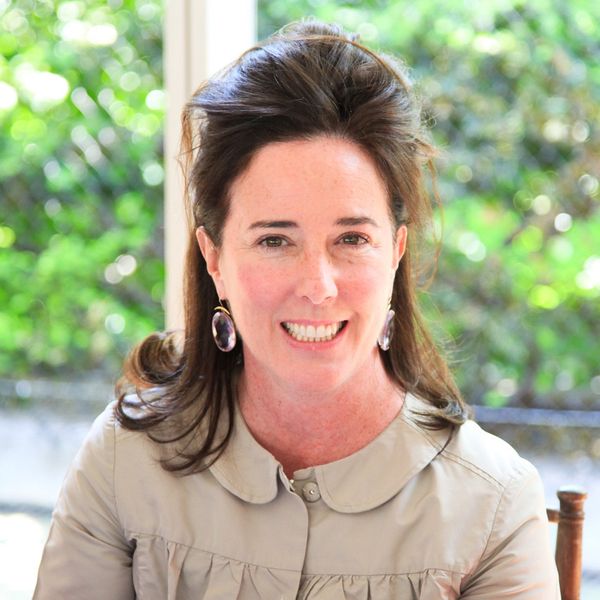 We at PAPER are devastated to learn of the loss of designer Kate Spade who committed suicide this morning. Spade and her husband Andy were longtime members of the PAPER family and appeared regularly in the magazine.

Spade met her husband while they were both students at Arizona State working at the same clothing store in Phoenix. They were like a set of salt and pepper shakers in every way, perfectly complimenting one another. He was short enough to make her look tall.

They epitomized the 1950s country club Americana look that their brand is now synonymous with, and launched in 1993 the Kate Spade Handbags that became an immediate hit. The couple was the brand's own best spokesmodel — Andy in his khakis, Stan Smith tennis shoes and tweed blazer, and Kate in her flipped hair, full skirt and kitten heels. They were a living, breathing lifestyle brand from the moment they launched.

Perhaps there's no current embodiment of the Kate Spade aesthetic than Midge Maisel, portrayed by the beautiful Rachel Brosnahan, ironically a niece of Ms. Spade's. On the Amazon series The Marvelous Mrs. Maisel the character of Midge is always immaculately turned out in the late 1950s silhouettes that Spade so loved — full skirts, geometrically-shaped handbags, kitten heels.

Kate was fun. Being with her felt like a cocktail party. She had an infectious energy and always seemed to be smiling. In recent years she and Andy launched their new accessories company Frances Valentine which featured all the classic 1950s American styles the Spades were loved for.

Forever more the name Kate Spade will evoke a chic, classic American style and attitude. We loved her in Spades. She'll be our forever Valentine.