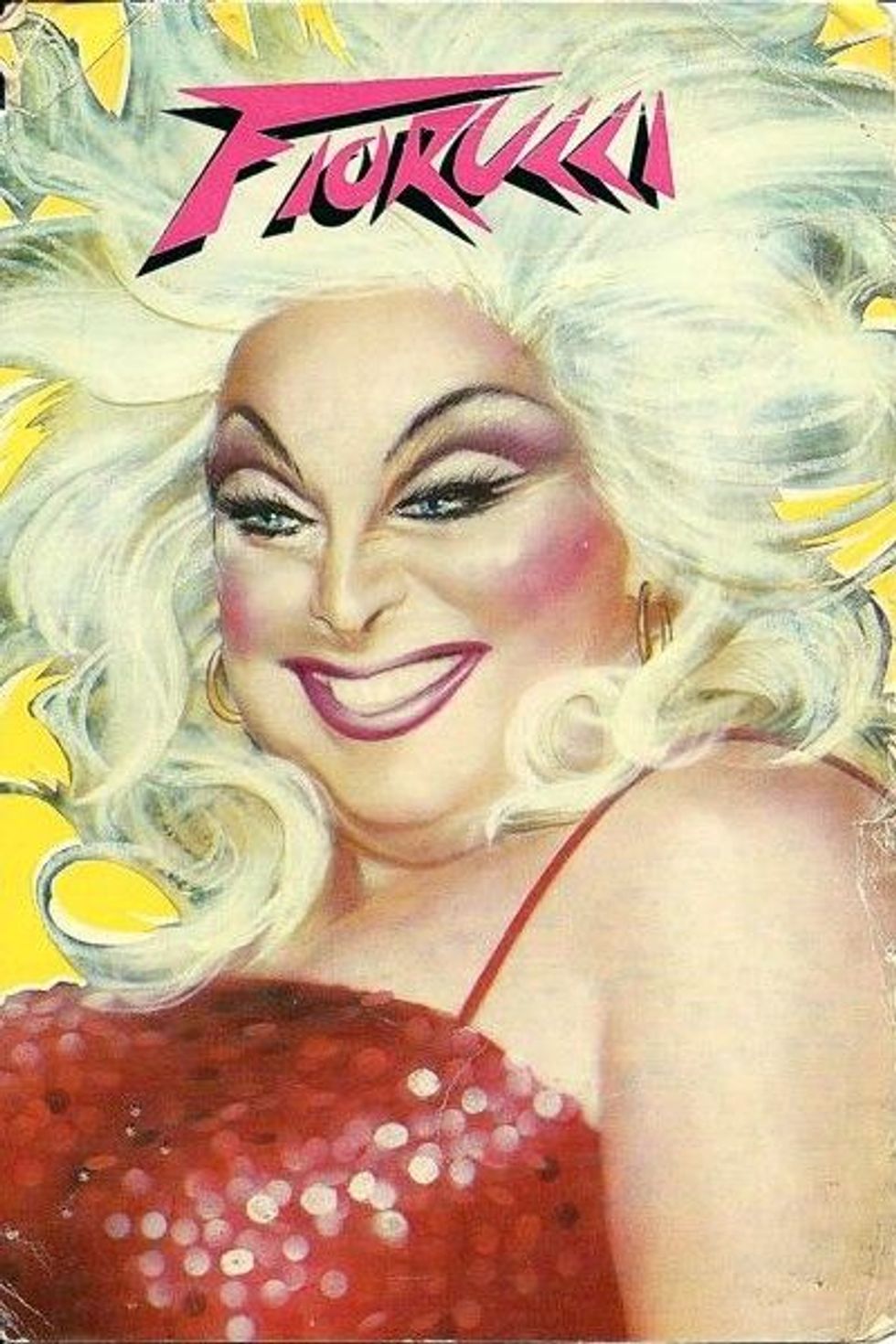 A video of Arias and Klaus Nomi dancing in the window for the news show Real People. "This was totally staged for the show and a joke," Arias tells us. "That didn't really happen."

He wears the finest clothes, the best designers, heaven knows
Ooo, from his head down to his toes
Halston, Gucci, Fiorucci, he looks like a still
That man is dressed to kill

Those lines from Sister Sledge's 1979 disco anthem, "The Greatest Dancer," made '70s and '80s nightlife-influenced label Fiorucci part of the holy trinity of high fashion back in the days when the greatest fashion show in NYC took place on the dance floor.

The man behind the magic was Italian designer Elio Fiorucci, who passed away today at the age of 80. He launched the Fiorucci ready to wear label in 1970, which was famous for being fabulous at accessible prices and introducing skintight stretch denim to the masses. Its Park Avenue store off 59th street was a magnet for New York City's fashion fringe culture and well-heeled shoppers, and launched the careers of designers like Betsey Johnson and Anna Sui.

Cabaret performer and New York City nightlife legend Joey Arias worked in Fiorucci's midtown store during its heyday, when it was a magnet for celebrities like Jackie O and Warhol and young club kids alike. "So many huge stars came into the store -- one day it'd be Federico Fellini, the next day it'd be the King of Spain," said Arias.  "But I was the most impressed by seeing people like Divine or Sylvester. Those were the people who were a big deal to me. "

Though Fiorucci is perhaps most associated with its gold lame pants, cowboy boots and super-snug denim -- the brand was the first to blend in a small amount of Lycra for stretch -- Arias says Fiorucci customers weren't particularly dazzled by the stretch designs at the time. "The jeans that had a tiny stretch to them? That was just one collection. I remember people saying they looked cheap," laughs Arias. "It wasn't that big of deal."

In fact, Arias, says, the brand's looks in the '70s were "very Milan and very elegant. It wasn't until the early '80s  -- '80 or '81 -- that you started to see some of the designs becoming more wink-wink 'crazy' and geared obviously toward nightlife kids."

Still, Fiorucci's denim was obviously influential to other labels and perhaps ushered in the early '80s era of designer jeans. "Everyone copied his looks," says Arias. "Gloria Vanderbilt, Calvin Klein. They all did."

Operating as a sort of fashion clubhouse for up-and-coming artists and musicians, the store hosted such diverse hijinks as Kenny Scharf's first NYC solo show with a performance by Klaus Nomi. An anniversary shindig featured a set by a then-unknown singer Madonna, whose brother Christopher worked in the denim department.

The store closed in the mid '80s -- with Elio Fiorucci later selling the brand in the '90s while preserving creative control -- but returned to New York in 2001 with a store downtown. Nearly two decades later, its allegiance to the young and creative was still apparent, with Paper contributors and performance artists AndrewAndrew holding a fashion show at its new location with items they made in the store with a portable sewing machine.

Arias says he saw Fiorruci in Italy last year. Though he was aware of some recent health problems, his death comes as a shock.

"He was telling me about a Fiorucci book they were working on," says Arias. "He told me how proud he was of me and told me I was like his son. He was calling me 'Joey Fiorucci.'"

Though Fiorucci's downtown location would eventually shutter once again, the brand's legacy lives on in the annals of YouTube and for the young and fashion-hungry on Tumblr, where its iconic '70s ads still rack up re-blogs in the thousands.

Arias says he's just glad he got to be a part of it all.

"There will never be a store like Fiorucci ever again," he says. "It can only happen once."


Below, some of Fiorucci's most iconic ads.