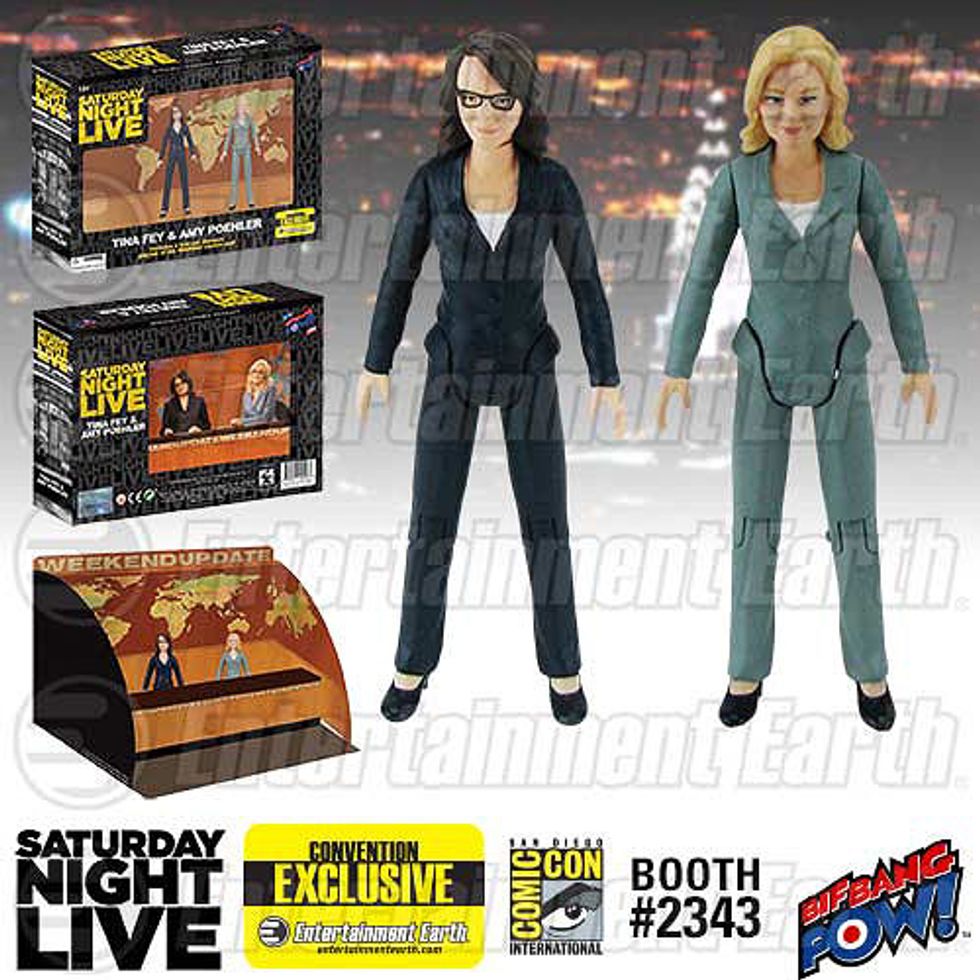 Rejoice! There are Amy Poehler and Tina Fey Action Figures

by Eric Thurm
PAPERMAG
Good work, nerds -- toy company Bif Bang Pow! has announced a limited run of Weekend Update action figures depicting everyone's favorite comedians ready to mock the news. They are available for pre-order for $29.99, including a Weekend Update desk for your play-acting of the heady days of the Bush administration -- though they will also reportedly be sold first at Comic-Con, where they will almost certainly run out. The bigger question is -- why SNL? Why isn't this a complete set? Why aren't there Baby Mama action figures? Where are the Golden Globes action figures, complete with awards for only Amy Poehler and Tina Fey? Sometimes, the universe is a cruel place.
You May Also Like
Famous People