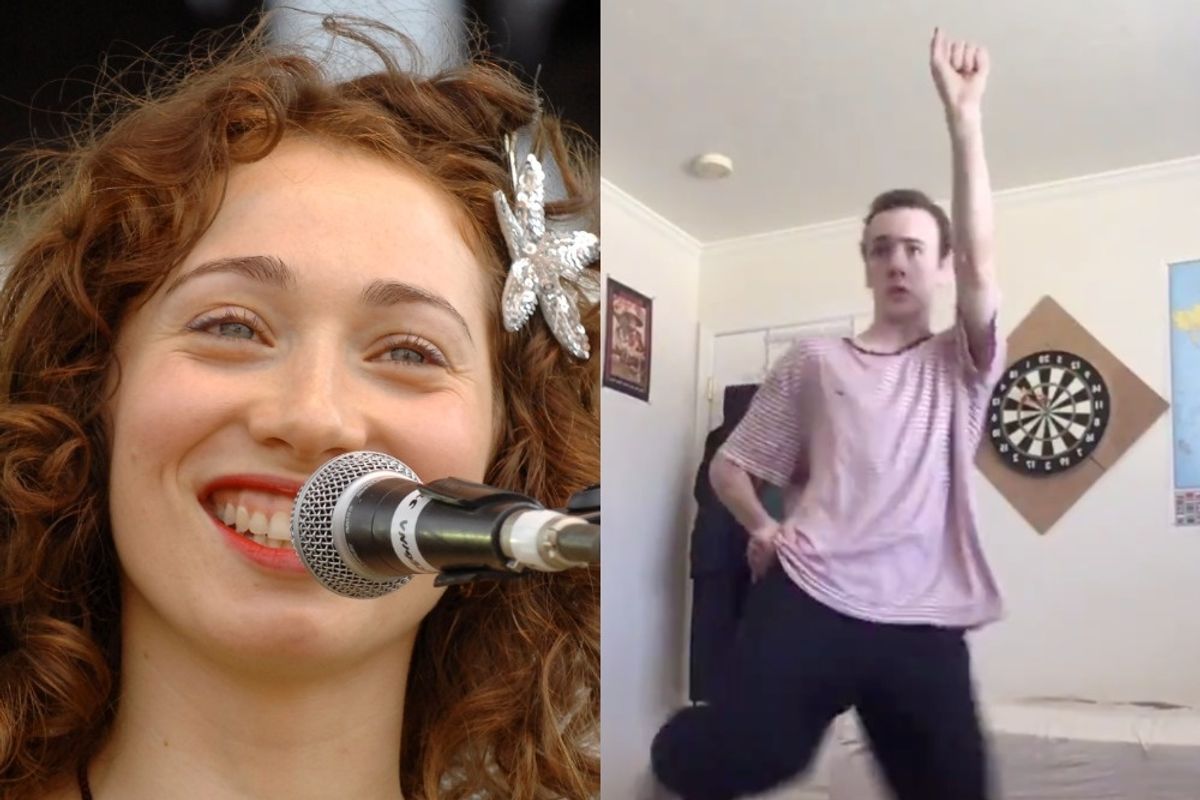 Scrolling till you feel something? Look no further. Here's a 15-second TikTok of a white teenager performing a Step Up-worthy dance routine to Regina Spektor's 2006 hit song "Fidelity."

The appearance of Regina Spektor on TikTok is truly a light in dark times. Please take note of how the dancer's sweatpantsed legs jerk around like whatever ethereal string instrument Spektor plucks. The devastating look of concentration on his face as he pops and locks while she croons, "I never loved nobody fully/ Always one foot on the ground." The dart board and album posters in his carpeted bedroom.

It's a promising sign that Spektor, too, will see justice in the '90s-aughts singer-songwriter revival, currently bringing Liz Phair and Fiona Apple to the ears of Gen-Z for the first time. Is a nascent Regina Spekter hive about to make "Fidelity" go number one 14 years later?

Probably not: the video has barely gone viral. It has 100,000 likes on TikTok and about 9,000 on Twitter. But to me? It broke the internet. If you'd like to support the work of this remarkable creator, his handle is @zockjat and he appears to be a very cool teenager and talented dancer.

We salute creators like him, bravely bringing noughties indie pop to TikTok. Okay, now who's going to choreograph a first viral dance for "Daylight" by Matt and Kim? C'mon, it writes itself: "We cut the legs off of our pants/ Throw our shoes into the ocean/ Lay back and wave through the daylight." Vampire Weekend's "A-Punk"? The Fratellis' "Chelsea Dagger"? Noah and the Whale's "5 Years Time?" The Drums' "Let's Go Surfing?" Don't sleep on it, TikTok teens. Educate yourselves.