Regina Spektor at Hammerstein: "Someone Next Door's Fucking to One of My Songs" 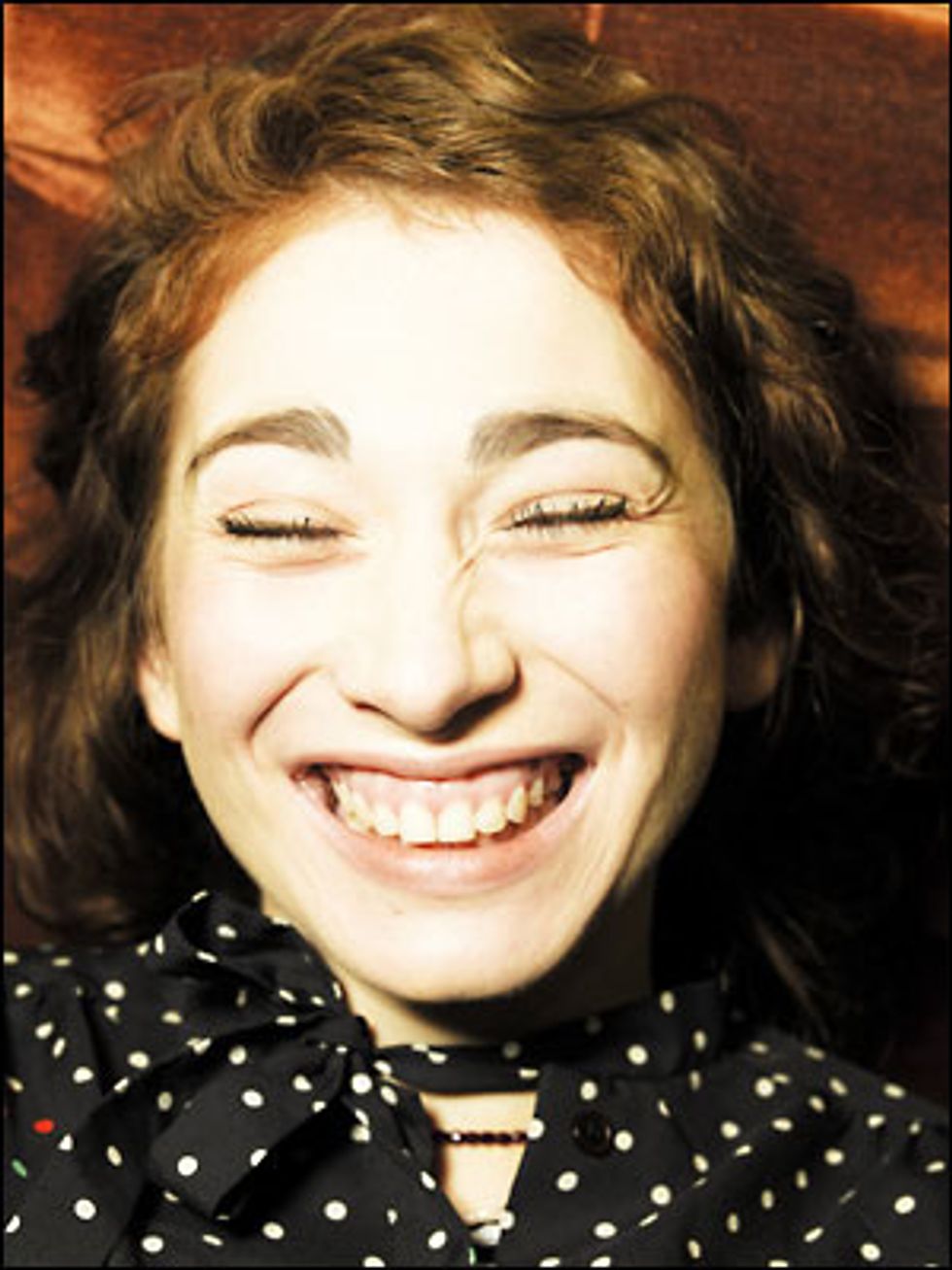 Last night, I kicked off CMJ by catching Miss Regina Spektor at Hammerstein Ballroom. "I'm home!!" the New Yorker cried as she skipped on stage. She fumbled a bit throughout the set, but in an endearing way, saying, "I'm just so overwhelmed... My friends and family are all here..." Spektor, who has been touring her gem-filled masterpiece Begin to Hope since its summer 2006 release, played a mix of oldies and newbies... I saw Spektor in the spring of 2006 at Warsaw and seeing her a year and a half later at Hammerstein, it was interesting to see how her fans have changed and seriously increased in quantity! Last night's crowd seemed younger than I remember. Or maybe it's just that I'm older... Anyway, this all may have something to do with the fact that her songs have been all over the radio and TV (on JC Penney commercials, Grey's Anatomy and Weeds) of late, but at both shows her fans were rabid and they tend not to sing, but actually shout along to her songs. Even the ones partly in Russian! Her song, "Bobbing for Apples," was quite the crowd pleaser, with the audience hollering along to the lyrics: "Someone next door's fucking to one of my songs." Which is actually a pretty cool concept... Her softer, more ballad-y songs "Us" and "Samson" were audience favorites as well. All in all, a delightful show... but when's the new album coming out...? We want more!!

My Chemical Romance Fans Are Beefing With Ticketmaster