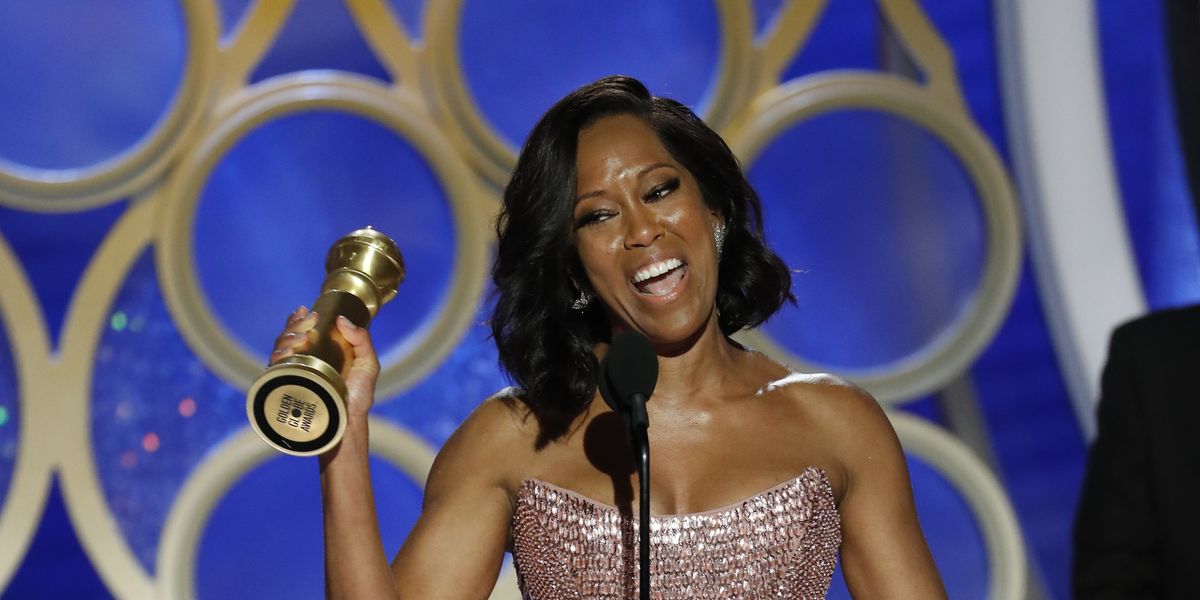 Watching the Golden Globes is rarely a letdown. The stars are drunk, the awards and nominations are sometimes given to comically undeserving movies, and the hosts are more than willing to throw shade on their famous audience members. Last night was another one for the books, but the best of many highly re-watchable moments was Regina King's acceptance speech for Best Supporting Actress (If Beale Street Could Talk).

A few things to note here. First of all, they tried to play King off the stage with music while she was talking about representation in film and the Time's Up movement. Someone quickly sniffed out a PR disaster and paused said music just as it was reaching a crescendo, allowing King to continue.

Which is lucky, because she had many worthwhile points to make. Thanking Beale Street's Barry Jenkins, King praised the director for bringing James Baldwin's 1974 novel to life. "My son said when he saw it that it was the first time he really saw himself," she said.

King also referenced the Time's Up movement. She said she'd use her public platform to advocate for women, and even made a solid commitment to the cause:

"I'm making a vow, and it's going to be tough, to make sure that everything I produce is 50 percent women," she said. "And I challenge anyone out there who is in a position of power not just in our industry in all industries to... stand with us in solidarity and do the same."

So yeah: letting her speak was a wise choice.