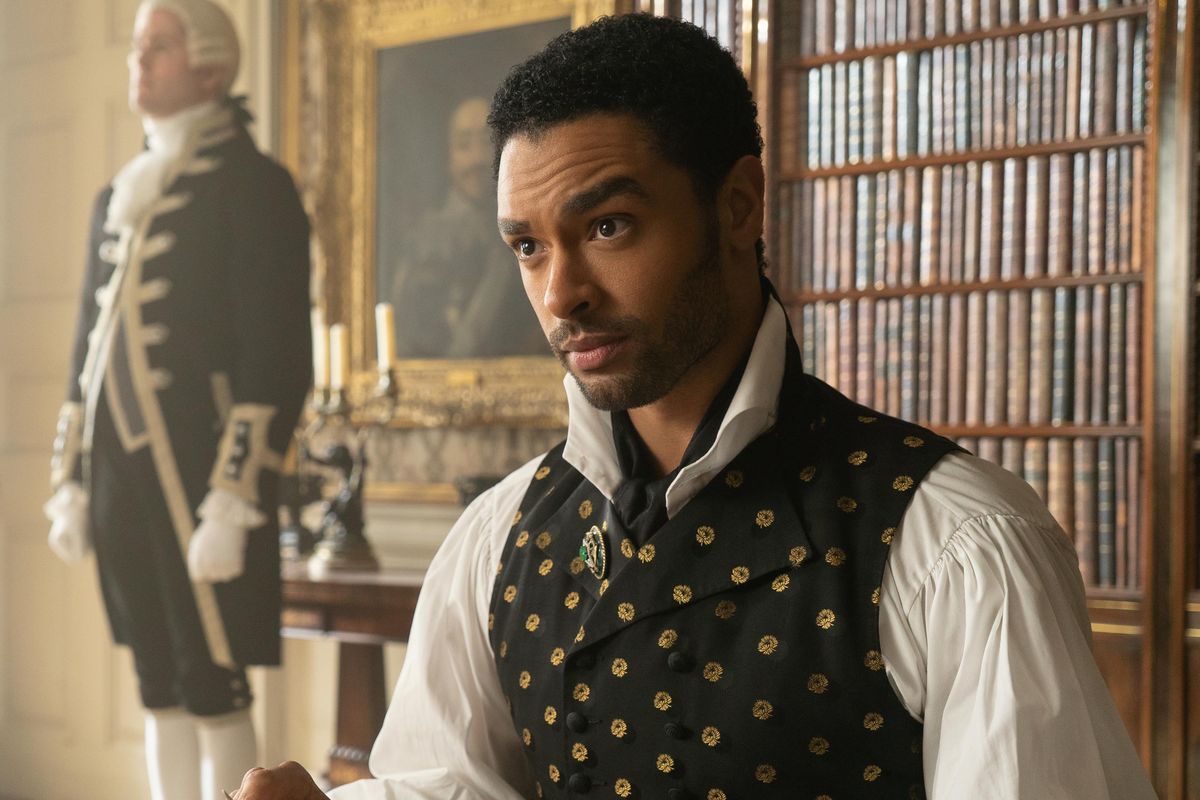 It looks like the Duke of Hastings is making his way over to 30 Rock next week.

Regé-Jean Page, who became an instant heartthrob and breakout star thanks to his role as the hot Duke in Netflix's Bridgerton, will be hosting Saturday Night Live on February 20. He's also going to be joined by the show's musical guest, rapper Bad Bunny.

Bridgerton broke Netflix's streaming records, becoming the platform's biggest series ever. The show's first season was watched by 82 million households around the world, which is 19 million higher than what Netflix had originally projected. The show's been renewed and a second season is already in the works.

This is going to be Page's first time on SNL. This is also Bad Bunny's debut on the show, though the five-time Grammy nominee made a remote cameo in one of the sketches back in April, "Big Papi Cooking," starring Keenan Thompson.