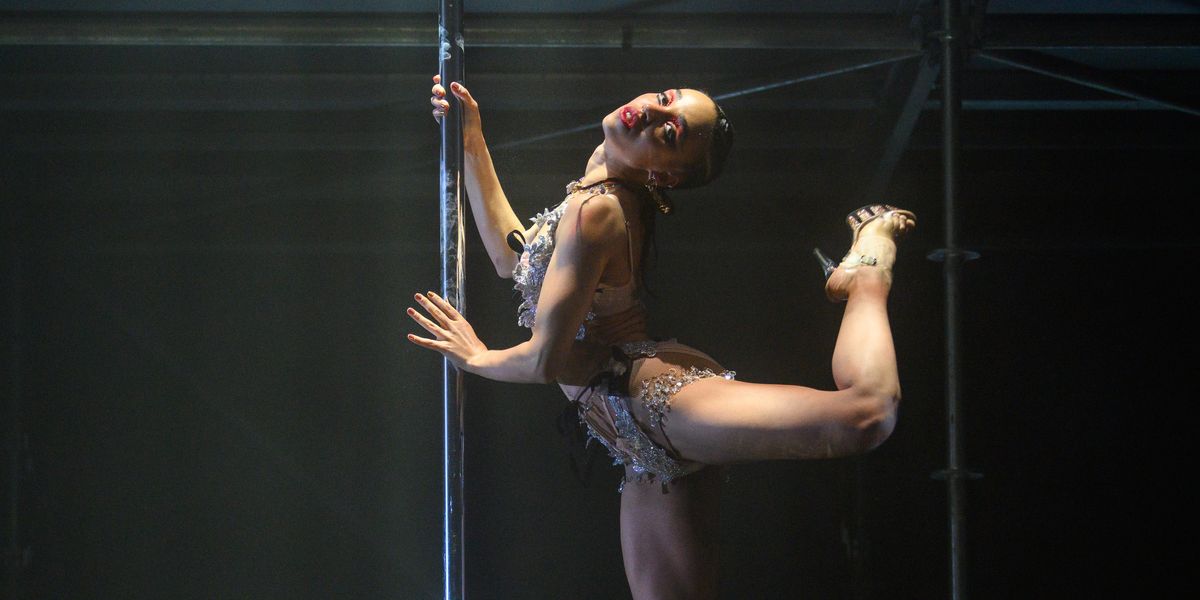 Celebrating its seventh series in New York, this year's Red Bull Music Festival (April 29 - May 18) presented a more eclectic lineup than ever of today's most exciting performers. To highlight each artist's strengths, headliners successfully transformed iconic spaces throughout the city into their own insular worlds.

Watching Rosalía shine at Webster Hall was like watching a global supernova form in real time. The Catalan singer, songwriter, and producer breezed through a tightly choreographed, dramatic, and beat-heavy run of songs from her folk debut as a cantatora, 2017's Los ángeles, and last year's breakthrough El Mal Querer. Rosalía took many moments to show off her impressive vocal range, from haunted rasp to full-throated wail, and to address her very diverse audience of people of color, queer people, and fans from Spain. She's about to be everywhere.

FKA Twigs' Magdalene show at the Park Avenue Armory had it all: a history of modern dance, from tap to hip-hop to pole; the debut of seven new songs, a surprise appearance by ASAP Rocky for their hit "Fukk Sleep," looks for days, and not to mention, incredible vocals. Twigs, who directed the exclusive show with Theo Adams for a limited run going through mid-June in Europe, showed just how impactful and elevated her artistry has become in this new phase of her career. The thing that threaded it all together? A newfound, powerful willingness to be vulnerable in a way you just had to see to believe.

Tierra Whack turned Rockefeller Center's Rainbow Room into Whack World for a set that was a bit more intimate than other Red Bull presentations. Performing on a round stage that gave her equal view to every fan in the room, she sang the one-minute tunes that made her famous, plus her newer songs, "Only Child" and "Wasteland," to name a few. The cute, surreal monsters from her Coachella set (remember Foster's Home For Imaginary Friends?) were positioned near the stage, the beats spun by DJ Osho were bone-rattling, and Whack's on-stage charisma was undeniable. Not to mention, the entire, well-organized show was probably no more than 45 minutes, which in my mind, is a game-changer, considering how many artists start hours later than expected then give you two-and-a-half hours plus 78 encores because one person asked. This is a show I would've loved an encore for.

Teyana Taylor gave us massive sex appeal and queer culture at the legendary Hammerstein Ballroom with her House of Petunia unveiling, produced by her all-femme collective, The Aunties. The show's choreography recalled early Janet Jackson, while dancers evoked the queer Black vogue styles popularized by Paris Is Burning, all set to the thumping retro-soul beats of last year's K.T.S.E. For fans of that album, you'll be pleased to know that Ms. Taylor performed a live "3 Way" as an erotic "Miss Jackson If You Nasty" striptease on her husband, Iman Shumpert. And yes, in a wet-hair look that she stripped down from, much to the audience's delight (she opened the show in a chess-themed ballgown). Also, a surprise blast from the past: Method Man performed a Nipsey Hussle tribute with Taylor. Tens across the board.

Berlin-based electronic musician Holly Herndon is making headlines for challenging perceptions of futuristic AI technology through her work. At this year's festival, she performed songs from her newest, genre-defying album PROTO, which arrived earlier this month with co-production from Jlin, who performed alongside Herndon. For Red Bull, Herndon created a multi-sensory show at non-profit arts space Pioneer Works in Red Hook, Brooklyn. It incorporated an ensemble of eight backing vocalists, "machine learning specialists," dancers, and visual art. The show was also a live culmination of Herndon's ongoing tech experiment, on which the PROTO project is based, exploring cycles of life, and the future through a community-raised and programmed "AI baby." Thinking back, it's a show that feels as academic as it is performance-based — a visceral reference point to reflect on once we've more fully embraced the possibilities of AI.