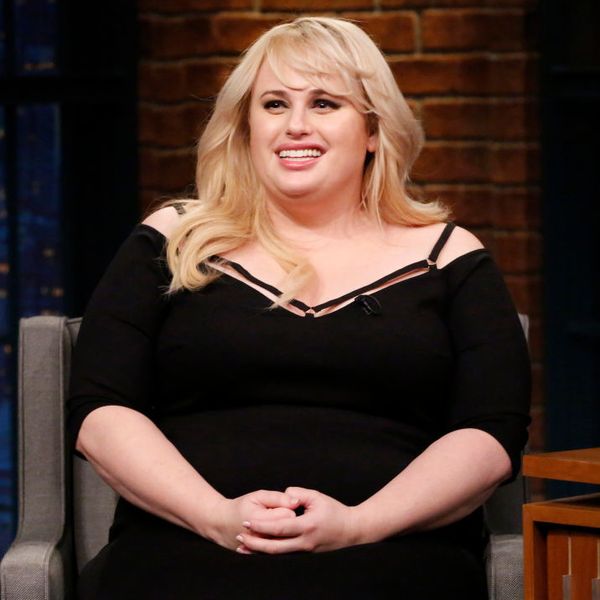 Not for the first time in her career, Rebel Wilson came under fire on Twitter last week. The source of controversy: her easily disprovable claim to being the "first ever" plus-sized star of a Hollywood romantic comedy — her upcoming film Isn't It Romantic? offers up a gentle spoof of the genre made famous by size-zero actresses like Meg Ryan and Julia Roberts.

Critics were quick to point out Wilson's careless erasure of classic '90s rom-com leads Queen Latifah and MoNique, but unfortunately Wilson doubled down on her comments, and even blocked a number of black film critics from interacting with her account.

Well, it looks like either somebody's PR team stepped in or Wilson saw the light. She has issued a three tweet apology both for making the comments in the first place, and blocking those who disputed them. She names a number of plus-sized actresses who you may recognize as having helmed some pretty successful films over the years.

It's a shame that the apology came so late and that this conversation will overshadow a valid point that a satirical movie like Isn't It Romantic? is presumably trying to make: fat women are rarely shown in supporting movie roles, let alone as leads. A 2016 study found that female characters were three times as likely to be thin as their male counterparts.

With so much work to be done, here's hoping that's the line that goes viral next time a plus-sized actress is promoting a movie on Ellen.