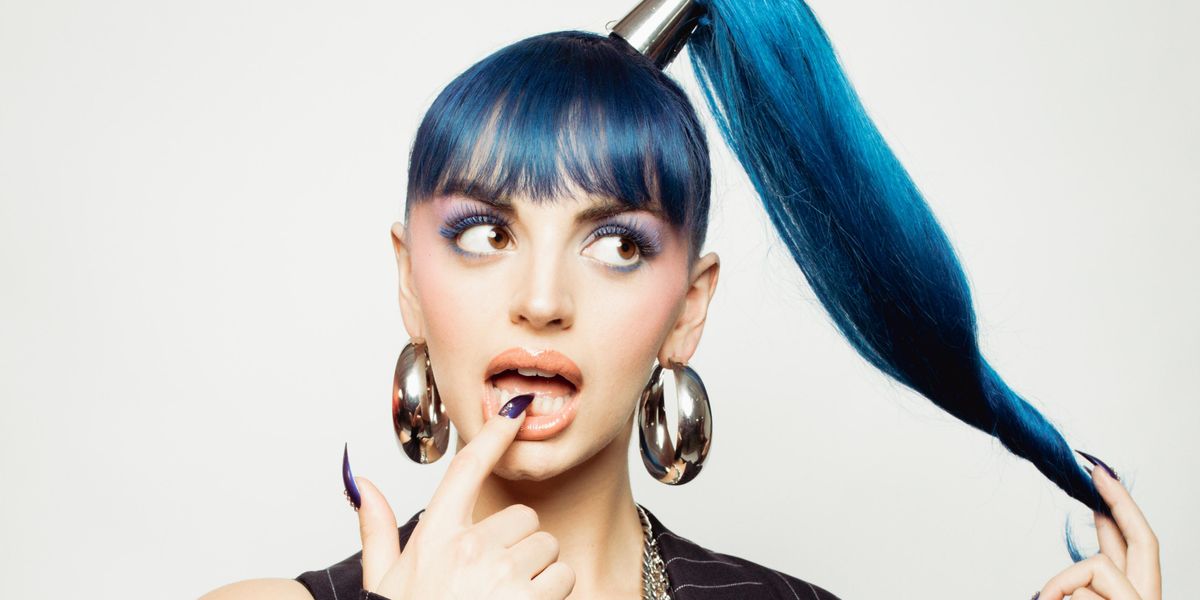 Nearly a decade after "Friday," Rebecca Black is ready to make her comeback.

Having spent her formative years as a target for cyberbullies and trolls as a result of her early viral fame, Black triumphantly re-emerged last February to an outpouring of public support and rightful recognition for the singer's role in shaping the cultural zeitgeist. Even in the midst of a pandemic, 2020 proved to be a major year for Black, reigniting her career with a pair of new singles, collabs with Dorian Electra and, on top of all that, coming out as queer.

Now, Black is kicking off 2021 with her latest single, "Girlfriend," a bonafide bop that sees Black fully embracing her queerness with a refreshing, optimistic outlook. Giving off some major E-MO-TION-era Carly Rae Jepsen vibes, Black's latest music practically overflows with lovestruck joy as she commits to the idea of getting back with her girlfriend over top of a cheery disco-pop groove.

"'Girlfriend' represents a new chapter for me, both in its sound and in the fact that since coming out, there is now a whole new layer of myself I'm sharing openly with my audience," Black tells PAPER. "It feels so good to celebrate queerness and I hope this song can be a form of that for everyone else when they listen along."

Black continues, "'Girlfriend' is a really honest picture of a moment I was going through last year. It was a new experience for me to revisit a relationship again, and while everyone around me was trying to protect me from getting hurt again — I was so filled with hope that I couldn't really let myself do anything other than try again."

Beyond being publicly open about her sexuality, "Girlfriend" also epitomizes Black's efforts to embrace her past while fully owning who she is and wants to be now. This is the first time Black has taken creative control and co-directed one of her own music videos. "It's been so important to me along the way to focus on representing a queer experience that feels really true to me and that my audience could maybe also feel is true to them," she says.

Watch the official video for "Girlfriend" by Rebecca Black, above, and stream it, below.