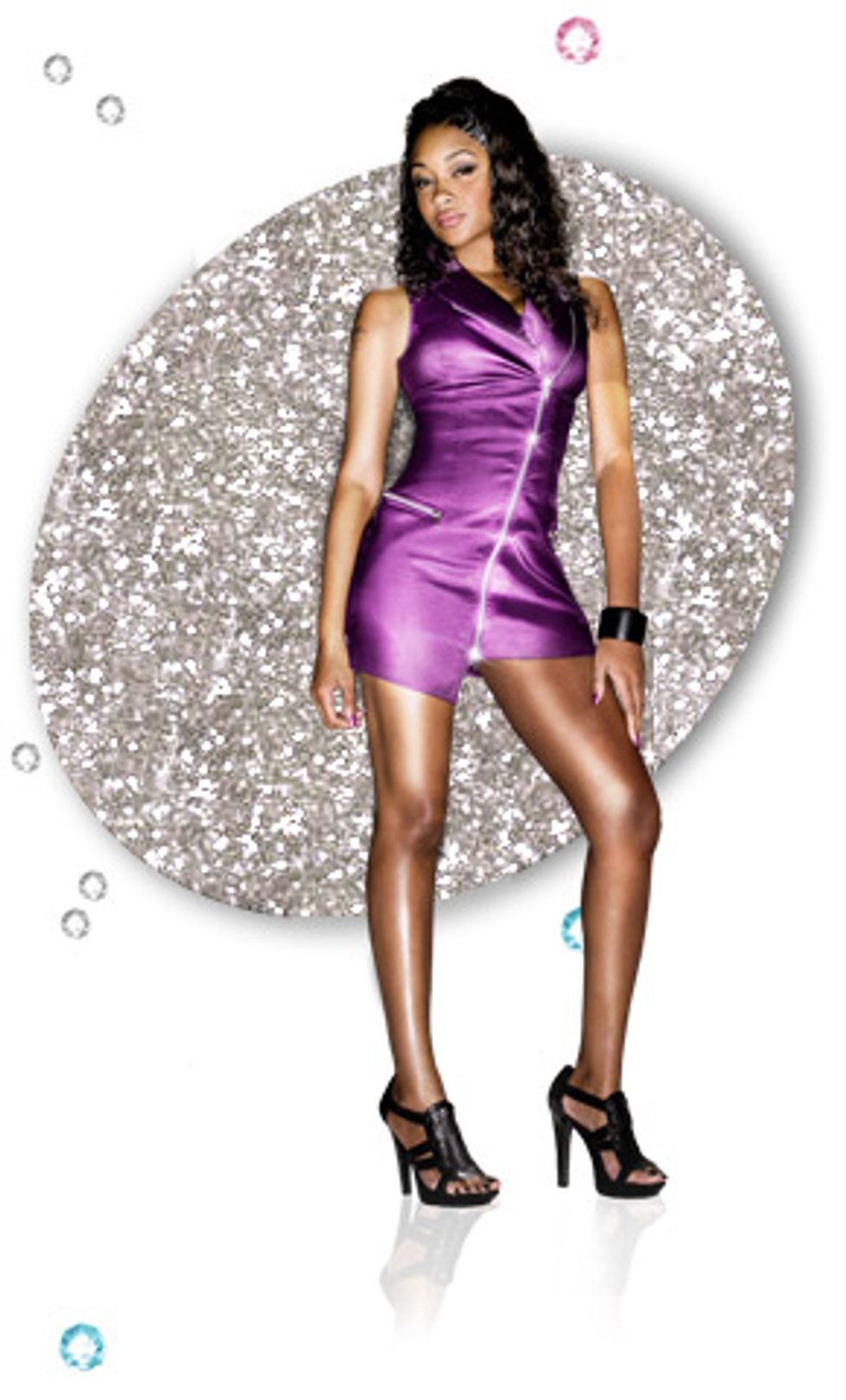 Oxygen Network's “Live Out Loud” slogan hits dead center in their most popular reality show Bad Girls Club, now in its third season. The Bad Girls work through family and emotional issues while living together and partying in Los Angeles. In sifting through the shouting, accusations, threats, Grey Goose and broken glasses there stands Kayla Carter, a 23-year-old receptionist from Compton, Los Angeles whose incendiary attitude is the catalyst for many of the show's girl-on-girl showdowns.

Historically, who are your favorite bad girls?
I would have to say Paris Hilton and Kim Kardashian and that's about it.

I heard you're the bad girl with two personalities. What are they?
There's Kayla and there is KC. KC doesn't care [what she does] and doesn't think. Kayla is the one that can get the job and be really professional and sweet. KC comes out when I'm drunk. They were both there on the show.

What sets you off?
People with bad attitudes that judge me. Someone who steps on my toes in any way. A look or any little comment I might not like. Depends on which way the wind blows.

What can we expect from this season?
You can expect a lot of drama, a lot of conflicts. I'm excited to see how we're all portrayed on TV. So far, I'm considered the most aggressive. [If there was a question of who was worse] I would say me or Boston. Boston, Boston, Boston that's all she talks about.

If you had to estimate, how many glasses will be broken this season?
Oh a lot. There is a lot of that going on. Probably likeI don't knowa hundred.

Who took the most advantage of the sex toy vending machine in the house?
Probably would have to be Sarah.

What real issues do you ladies deal with on the show?
We dealt with family issues. I have family issues. I love being bad and embracing that side of myself, but I do want to learn and change some things about myself. I was hoping to be rehabilitated but that didn't happen.

Do you have more trust issues now?
Family is the most important thing, and if your family doesn't trust or love you, you can't get that from other people. My grandmother didn't want me on the show, but she was excited for me to be home. Not because she missed me but because the show was over and I won't be an embarrassment. I don't live with her anymore. I really don't talk to my family, we've never been that close. It doesn't matter to me if I ever talk to them again.

Why do you think women love The Bad Girls Club so much?
For one, people like to see other people act a fool on TV. A lot of women watch and say 'I could do that,' or 'I wish I could do that.' There is a little bad girl inside of everyone.

What's next for you?
Right now taking care of tickets and a DUI, and hopefully TV again soon.

Anything else you'd like your fans to know?
Be prepared and keep an open mind. Don't judge any of the girls on the show because no one can say anything before they are put in that situation. I will never again say anything bad about anyone on a reality show.

The Bad Girls Club airs every Tuesday on Oxygen at 10 p.m.

The New Premise of the Bachelorette Will Horrify You