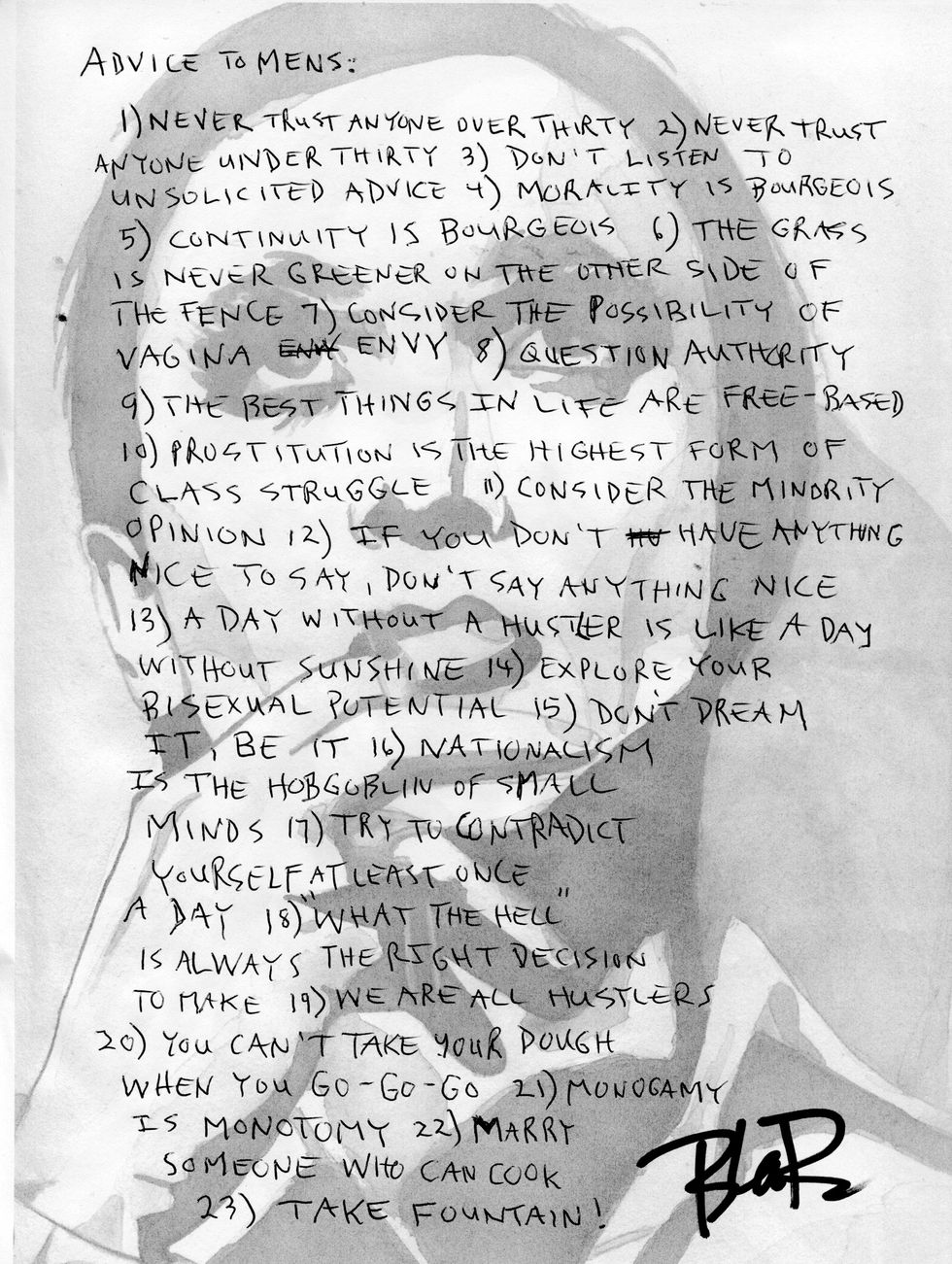 The written word isn't dead, as proven by The Advisor, a brand new digital archive showcasing handwritten letters from established male luminaries addressed to young men seeking mentorship and advice in the arts.

Spurred by a similar archive aimed at young girls curated by his longtime collaborator Kristin Prim called The Provocateur, Kazemi told us that he felt the concept was something young men needed as well.

"I wanted to start The Advisor because reading certain quotes of inspiration that male icons have said during the worst of times has made me tap into a power I never knew I had," he wrote via email. "I wanted other guys to be able to have that too and a place to go to that can make them feel empowered. This is just self-help."

Check out the first few letters below, and keep your eyes peeled for the next installment, coming your way this Friday.

Richard Kern's letter to his younger self