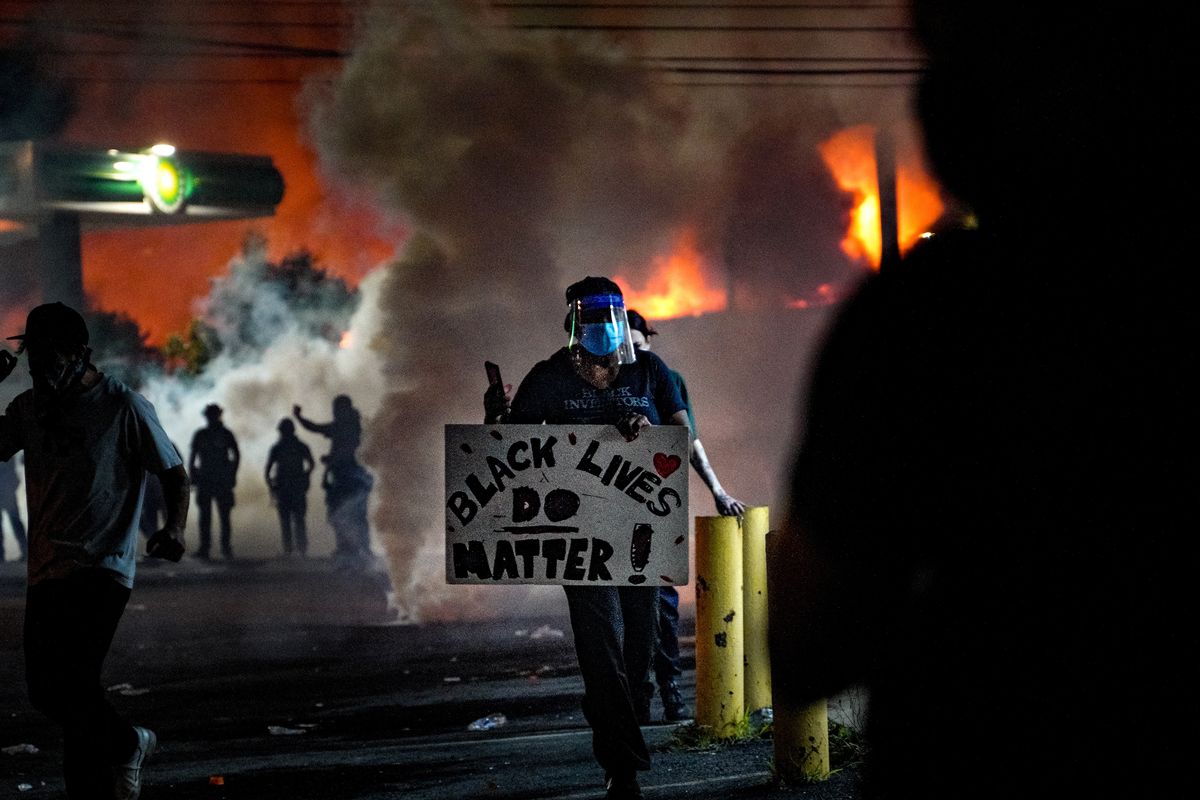 While people all over the world continue to rally against the injustices and racism against Black people, another tragedy struck this weekend. On Friday night, a Black man named Rayshard Brooks was found by police, sleeping in his car at a Wendy's. He was fatally shot and died at the hospital.

According to the Georgia Bureau of Investigation, it all began when police officers were called over to the fast food restaurant at around 10:30 PM on Friday night. Brooks fell asleep in his car while parked in the drive-through area, which caused customers to drive around him. Later, Officer Devin Brosnan arrived, followed by Officer Garrett Rolfe, and they performed a sobriety test.

Per the Bureau of Investigation, Brooks failed the test and the cops tried to take him into custody. But there was a struggle, as a video taken by a witness shows. The 27-year-old was able to reach for a taser from Brosnan, and then punches Rolfe. Rolfe then tased him.

Brooks then ran from the officers, and Rolfe pulled out his handgun during the chase. And though Brooks tried to tase the officers, footage from surveillance suggests that he wasn't able to fire properly, and neither officer was hit. Rolfe then shot his handgun three times, and Brooks fell to the ground — still alive. However, according to reports based on the body cam and Wendy's videos, the officers did not give immediate medical attention to Brooks. It wasn't until backup arrived that the two officers began to provide Brooks with any treatment.

The ambulance came, Brooks was brought to the hospital, but died after surgery. He was supposed to celebrate his eldest daughter's birthday on Saturday.

The incident fueled the outcry of protesters over the weekend. And amidst protests, the Wendy's where Brooks was shot was set on fire. But as footage posted by one of the Black protesters shows, it was a white woman who seems to have set the food joint on fire.

On Saturday, Mayor Keisha Lance Bottoms denounced the use of force that led to Brooks' death. She said, per CNN, "While there may be debate as to whether this was an appropriate use of deadly force, I firmly believe that there is a distinction between what you can do and what you should do." She also mentioned that Atlanta Police Chief Erika Shields is stepping down from her position.

The officer who shot Brooks, Garrett Rolfe, has been fired. Meanwhile, Devin Brosnan has been placed on administrative duty.