You might have heard of Raw. The much-lauded French horror film features cannibalism so terrifyingly realistic that viewers reportedly fainted. Garance Marillier plays Justine, a vegetarian veterinary student who, following a hazing ritual, ends up eating rabbit kidneys, making out with a mirror and ingesting her handsome gay roommate's blood. Despite its gory set-pieces, Raw remains a meaningful story that touches upon both the comedy and drama one faces when coming of age. PAPER spoke with Marillier about Raw and her preparation for the paraphilia-infused role, why she refuses to watch horror movies and her thoughts on Brexit and the current American president. 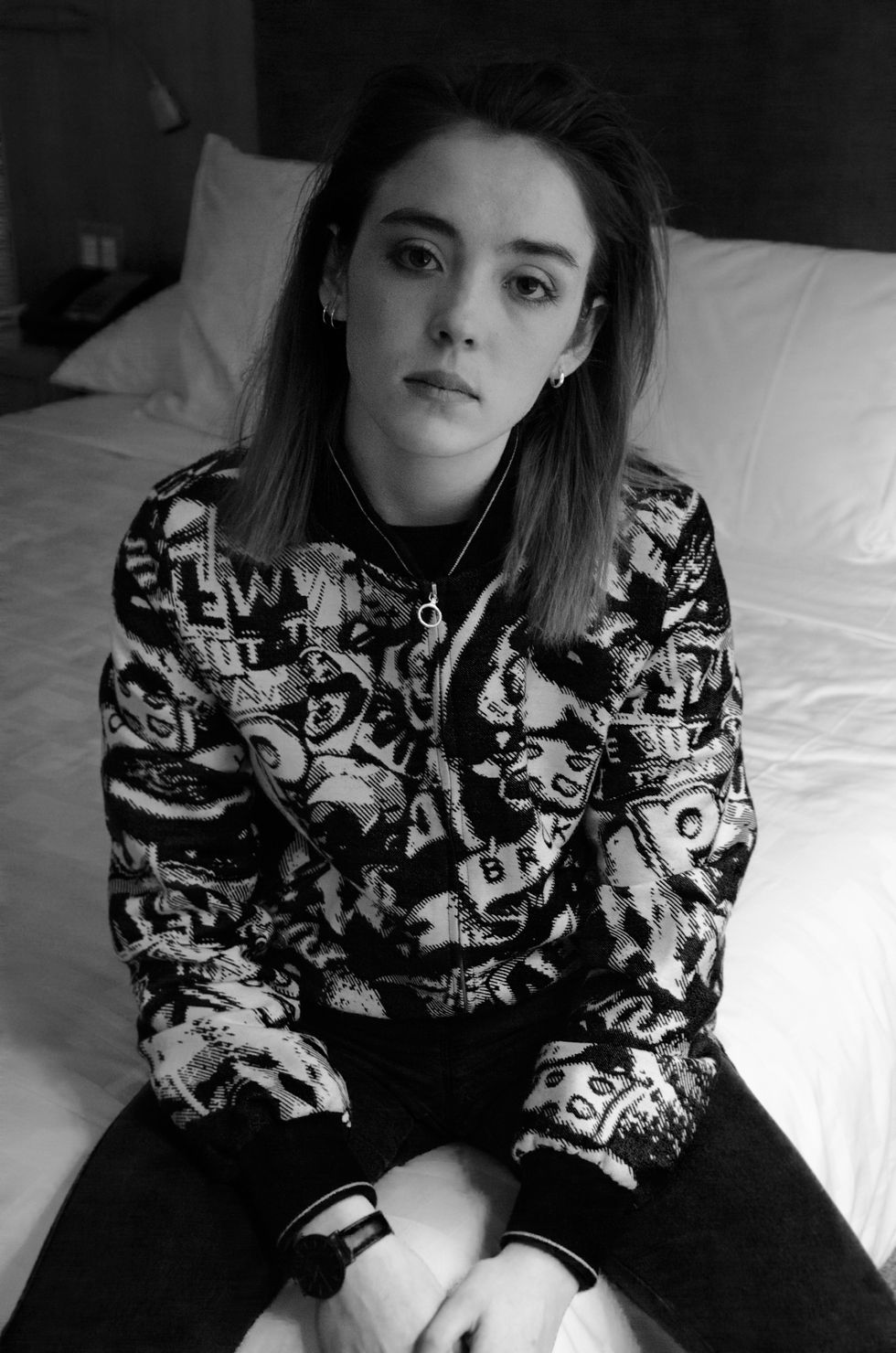 Are you a vegetarian in real life?

Not at all. I love meat.

How did you prepare for the role?

I worked for a year and half with our director, Julia Ducournau. We spent time discussing the psychology of the character, Justine. After that we started working on the physicality of her.

What connected you to this project and the character?

I already knew Julia very well. We knew one another personally and we wanted to work with one another. I really wanted to defend Justine. She has values that are important to fight for. I felt like she struggled with issues that are meaningful to me. She's someone who's loyal and true to herself. We see that in the cafeteria scene. She'd rather hurt herself than those she loves. She's fighting not to succumb to the darker side of herself. That's very admirable.

The film is a crossover story that touches upon many genres, including horror. Do you have a favorite scary movie?

None. I don't watch any. (Laughs) I'm actually a scaredy cat. I get scared very easily. Those films are not for me.

That's surprising. The film was so intensely rich in horror. Are you able to watch it?

Yes. You see, I don't live the scene, I act it. Which is two different things. I really try to keep a distance from the character. I'm not a method actor. I work a lot with my body. So when I watch the film it doesn't really do anything to me because I know what we did to make it happen. I know what we did when we shot it.

The film has a number of political messages and metaphors -- are there any that resonate the most with you?

For me, the metaphor I felt most strongly for was about a person who fights against their sister or their mother. The idea of wanting to do something in life differently and not submitting to others' natures.

The film is in French and has been getting a ton of international acclaim. What do you feel like is the difference between American cinema and French cinema?

They're different genres. American cinema is more audacious and bigger. That's kind of natural, though, because it's a much bigger country and there's a lot more diversity, which plays a role in the films made. French cinema is more restricted. It tends to fall in the drama category. It's more closed, but that's starting to change.

Do you have any thoughts on the recent happenings in the world, like Brexit and the results of the U.S. election?

I'm not a politician; I do have opinions, however. I am pretty horrified by what's going on right now. There's a lot of racism that's venal and going in all sorts of directions. There's sexism and restriction on cultures. The world is not going well but that's no news. I don't have a word to say for the rest of it. Perhaps, through our work, we can try to change that in our own small way.