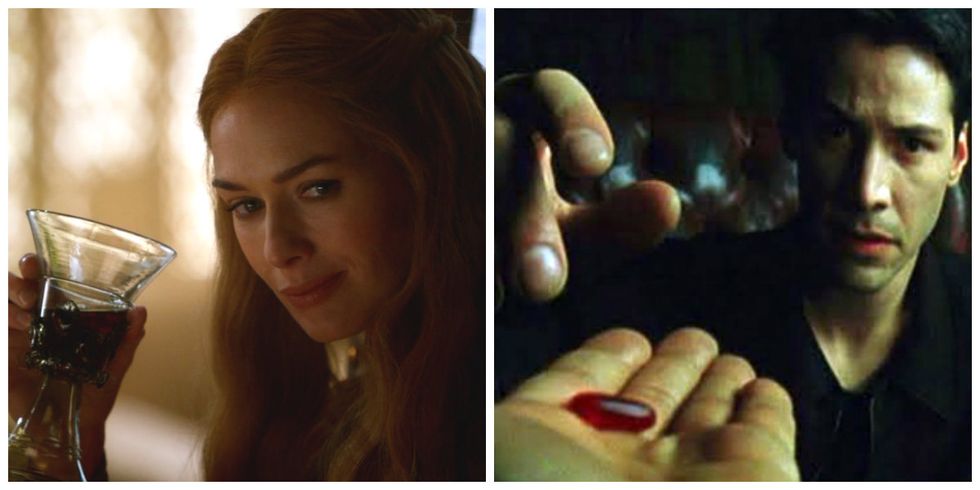 Ranking the Awkward Couples of Game of Thrones

This season of Game of Thrones, a TV show that frequently oscillates between awfully insensitive and pretty okay fun, has focused largely on restructuring the cast. Characters go to new continents! They form new alliances! Some of them have new road trip buddies you wouldn't have expected from season two! (Wow!) That means that all of the episodes from this season, and in particular last night's barn/North-burner, have featured some uncomfortably thrown-together couples. Let's rank these unlikely pairs by how much we hope they stay together.

Clearly, this is the strongest power couple in the land. After waiting for years and years for Dany to interact with literally anyone else in the main cast, one of the best characters on the show has fallen into her lap as an adviser. It's definitely time for Dany and Tyrion to... break the wheel, if you know what I mean.

Reluctantly teaming up to take on a bigger threat (namely the White Walkers), the Lord Commander of the Night's Watch and the tentative leader of the wildlings are now an unlikely bromantic team. "We are fools together now," Tormund tells Jon as they attempt to forge an alliance. Coincidentally, Fools Together Now is the title of their rom-com.

Forced together by circumstance, the twice-exiled Jorah and his trusty pal greyscale are ready to go out and infect an entire city with their love -- for Dany, and for each other. Will this goofy pair be able to make it work before one fully consumes the other? Only time will tell.

4. Cersei and the Truth

Here's where the unlikely couplings start to get a little uncomfortable. It seems increasingly clear that, in order to escape from the clutches of the religious zealots she installed in a position of power, Cersei is going to have to confess her sins, which will probably not end well. Admissions of guilt usually do clean the soul and prepare the cast for a third-act reunion, though... so maybe Jamie will come back from Dorne, finally.

5. The Hardhome Battle and The Viewers

Yikes. These two are really bad for each other. Remember how everyone was upset about the show's casual attitude toward rape for the last couple of weeks? Guess a big giant with a club or whatever and a creepy ruler of the White Walkers makes all of that okay? Yeah, it's cool, but does it make up for all the other problems with the show?