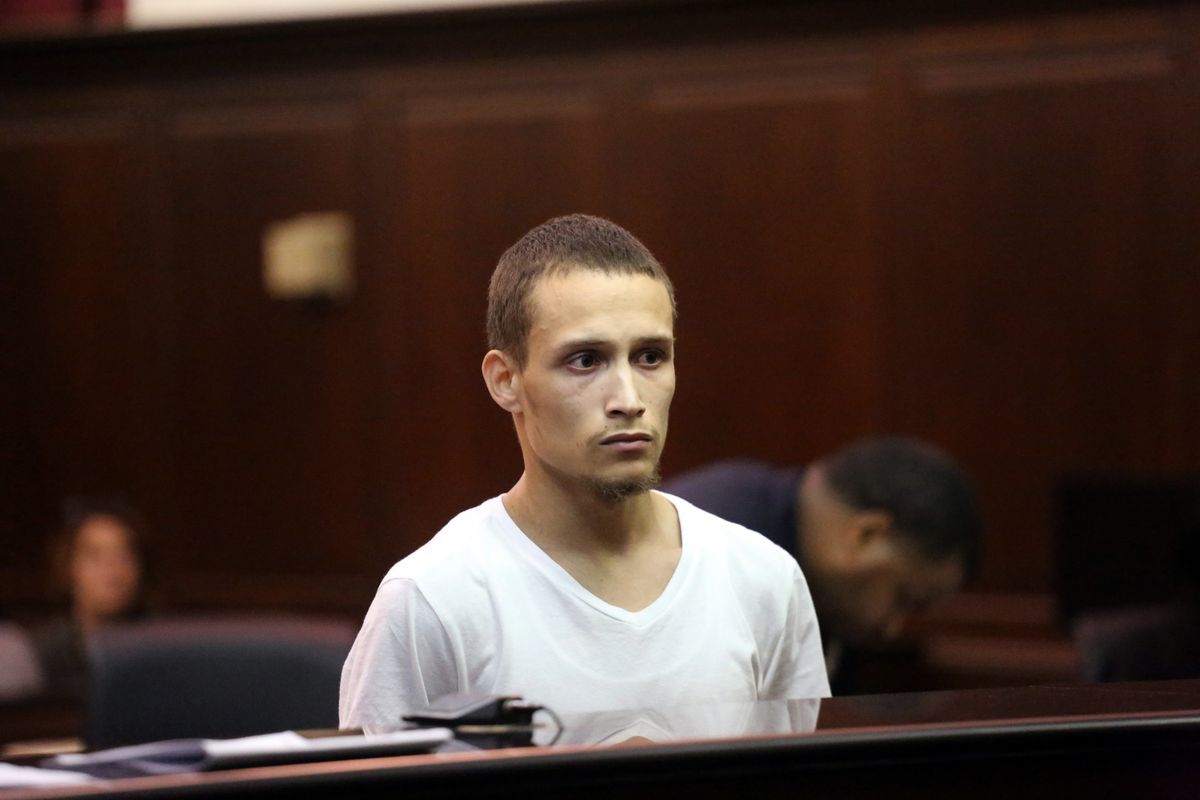 Rolling Stone reports that Ramsey Orta, who recorded the video of Eric Garner being strangled by NYPD officer Daniel Pantaleo in 2014, has been released from prison due to the COVID-19 pandemic. Orta's footage gave rise to a global rallying cry, "I can't breathe," based on the words Garner repeated as he was being choked. The video is the reason that millions of people know Eric Garner's name, and that Pantaleo was eventually fired after a disciplinary trial. (Pantaleo has not yet been held criminally accountable).

Orta was 22 when he happened upon Garner and the NYPD officers near Staten Island Ferry Terminal, as they started to harass Garner for selling loose cigarettes. Now 28, Orta began serving a four year prison sentence in 2016 for drug and weapons charges. His fiancé Deja Richardson and the New York Department of Corrections and Community Supervision confirmed his release as a result of efforts to lower jail populations to stop the spread of coronavirus.

Related | Use This Tool to Blur Protesters' Faces

Orta was arrested several times after 2014, and has said that he's experienced retaliation from law enforcement as a result of Garner's case. Orta reportedly filed a lawsuit in 2015 alleging that rat poison was put in his food while he was on Rikers Island. He told TIME in a profile that he occasionally regrets being involved. "Sometimes I regret just not minding my business," Orta said. "Because it just put me in a messed-up predicament."

"I've been dealing with the police way before Eric Garner and his situation. I've been harassed plenty of times, I've been arrested for the wrong cause plenty of times," Orta said in a 2015 promo video for the group WeCopWatch, a watchdog group that "promotes the non-violent observation of the police. He continued, "Filming the Eric Garner death has changed my life in a major way, both positive and negative. But mainly negative because I'm dealing with legal situations and harassment and since then, I just been trying to hang and stay low and stay out of the eye.

Related | Minneapolis Bans Use of Chokeholds

Orta's fiancé and friends, with the help of WeCopWatch, have organized a "Ramsey Orta Welcome Home Fund," to honor Orta's sacrifice and help him get back on his feet. It's reached its $200,00 goal, but you can donate here.