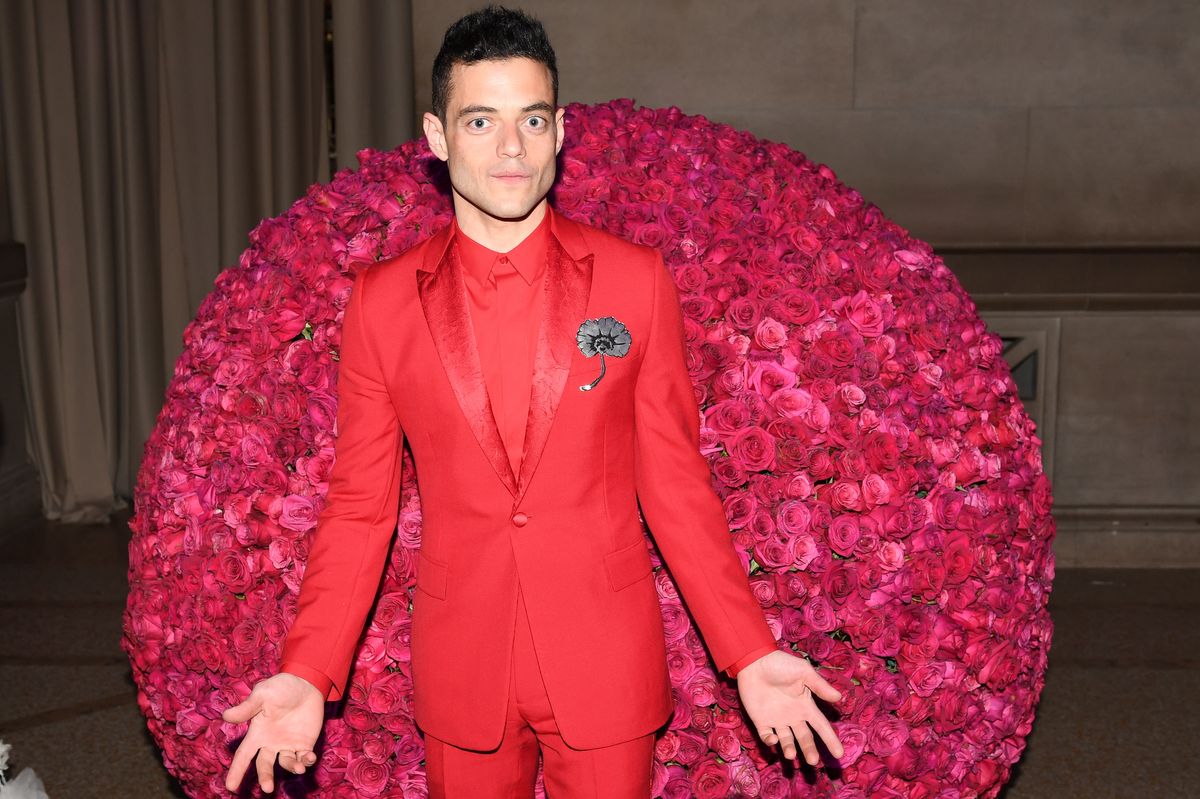 Though there were many reasons to fall in love with USA's Mr. Robot when it premiered in summer 2015—the interesting premise, the superb acting, the outstanding dialogue, and, of course, the return of Christian Slater—many people (including me) were drawn in by the sexy, brooding allure of lead actor Rami Malek, who, prior to the show, had enjoyed a long acting career despite never really breaking through to the mainstream. With Mr. Robot, however, Malek's name went from relatively unknown to semi-household, and it seemed like only a matter of time until he secured a role big enough to give him that final push.

Now, three months away from the third season premiere of his hit show, the 29-year-old actor has finally gotten the big-screen role he deserves. According to a post on the Queen's website, Malek will star as the band's lead singer Freddie Mercury in an upcoming biopic about the subversive British rock legends.

The film, naturally titled Bohemian Rhapsody, has been in limbo for years; not only have the producers been forced to jump through a number of actors for the lead role (most notably, Borat's Sasha Baron Cohen), but they have also had to do the same for directors (The Social Network's David Fincher was originally rumored). All of those decisions have "finally" been made, with the aforementioned post also announcing that X-Men producer Bryan Singer will direct.

Pre-production for Bohemian Rhapsody begins next week, with a release date slated for 2018.