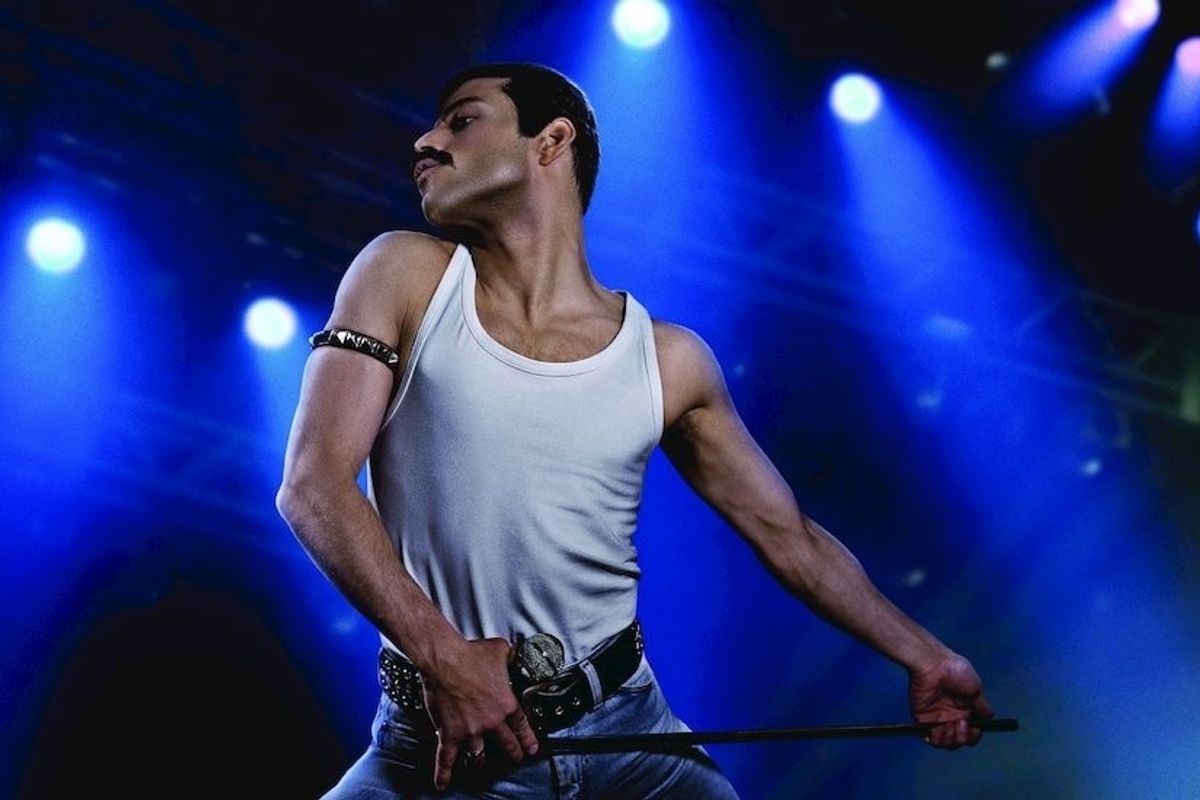 If there was any doubt that Rami Malek is the perfect choice to portray Freddie Mercury, let the new trailer for the Queen front-man's biopic Bohemian Rhapsody squash them.

In a new glimpse at the film, we see Malek oozing charisma as Mercury on stage, winning over bandmates with a razor-sharp deadpan, and charming countless others. The trailer jumps around from Queen's early experimental days to stadium-filling super-stardom to glamorous parties and tear-filled private moments. We see tempers flair as the band records what would become "Bohemian Rhapsody," with drummer Roger Taylor, played by Ben Hardy, almost throwing a bottle only to be nonchalantly deflected by Malek retorting "there's only room in this band for one hysterical Queen."

We see other facets of Mercury's personal life from his first girlfriend, played by Lucy Boynton, to flashes of later male lovers and an eccentric amount of cats. And while it may only be a brief look at the movie, Malek already manages to lose himself in the role of Mercury between the fist pumps and tender looks.

Bohemian Rhapsody is in theaters November 2nd. In the meantime, watch the full trailer below and get ready to swoon all over again: