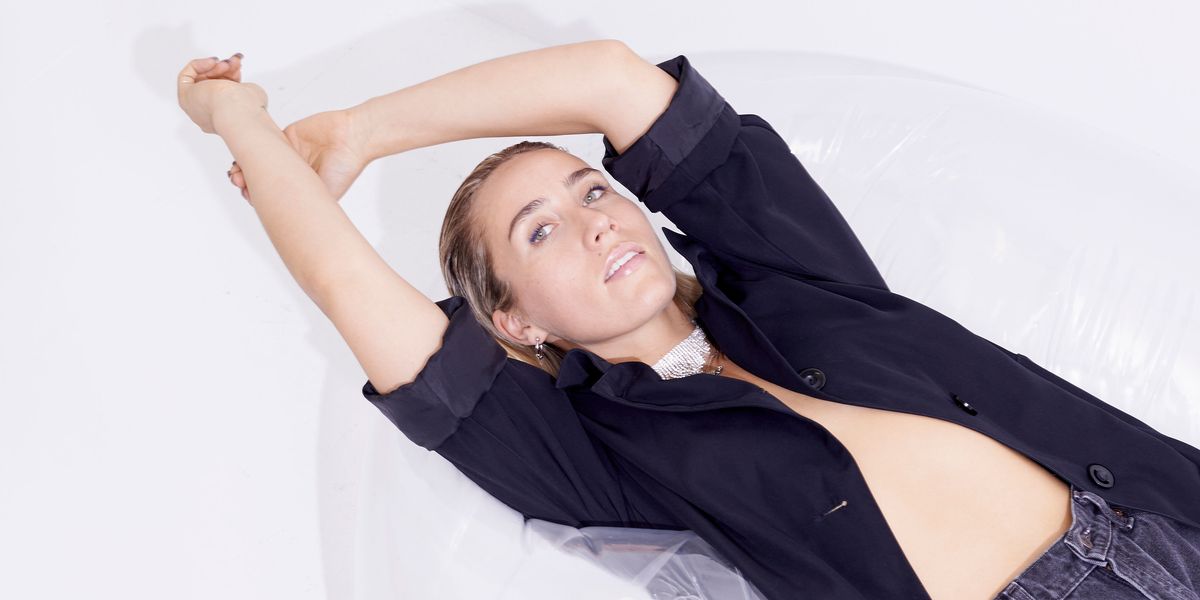 After releasing her eponymous debut EP last year, Ralph (real name: Raffa Weyman) is preparing to drop a full-length body of work. First, the synth-pop artist shared "Tease," a track about being victim to dishonest lovers, and now her latest sees Ralph embodying the guilty. "September Fades" reflects on her experience taking advantage of a man's love, captured in a Twin Peaks-inspired music video that's shot in the "Evergreen Motel." Watch the PAPER premiere, below.

Since you started releasing music, how do you think your sound has developed?

I think my earlier songs were more reminiscent of the '80s; a lot of blogs labeled me as an "80s synth-pop artist." My new stuff feels more contemporary; the songs still borrow elements from different genres of the past, but maintain a very current vibe.

What's the story behind the lyrics of "September Fades"?

I started writing the words while I was on a road trip through Upstate New York. I was dating this wonderful guy who gave me so much love and affection, and even though I knew my feelings would never match his, I couldn't bring myself to end it — it just felt so good to be adored. I remember feeling like shit because I was basically using him for his unwavering love. The concept of an evergreen tree became relevant because they never change. They're always strong and supportive, and withstand even the coldest winters. He was my evergreen.

How does this translate into the music video concept?

Gemma and I wanted to reflect the lyrical content, showing a strained love connection between two people, but we also wanted to create other characters with their own interesting narratives. The hotel felt like the perfect backdrop, since it referenced real life but also allowed us to design a fantasy world. Stylistically, we wanted to combine elements from the Pacific Northwest (think '80s Twin Peaks sweaters and wooden cabins), the Calgary Stampede (cowboy boots and fringe), and quintessential America (leather jackets and denim). We wanted the overall feel to be a little darker and a little more emotional, since that's the feeling behind "September Fades."

I wrote "Tease" after a couple similar encounters with dudes in Toronto. I had met these guys who flirted and even exchanged numbers. Then I found out that while they were texting me, they were chilling at home with their long-term girlfriends. I felt so shady and annoyed. The lyrics are about turning that situation around and kind of laughing at this guy who thinks he can pull the wool over our eyes.

Why do you think "September Fades" is a proper follow-up to "Tease"?

I think it's a good follow-up because it's really different and tackles a totally opposite topic. "Tease" was about someone else being the dick, where as "September Fades" is actually about me accepting my role as the emotional manipulator. It's important to me to explore my flaws. I'm not perfect and I think that's relatable for listeners.

What are you working towards, right now? A full-length album?

Yes! I've been writing my album for the past year, but it takes time. I want to truly love every song. I'm excited, though. I've already had a couple artist collaborators and I've definitely inserted more R&B and soul influences, which is what I wanted. Pop is fun like that because you get to combine any genres you want.

More shows internationally and festivals! I can't wait to play more U.S. dates and to tour.