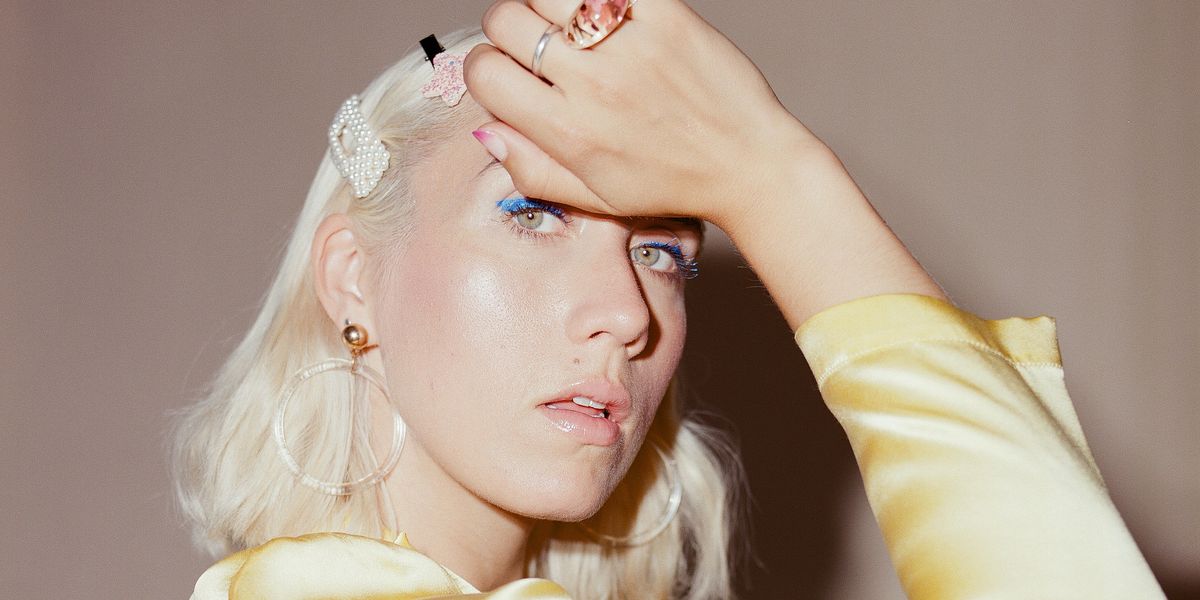 Have you ever broken up with someone, only to find that suddenly, you keep seeing them everywhere? Sometimes that's not the universe at work, but rather a creepy ex who just won't respect your boundaries. Canadian singer-songwriter RALPH, born Raffa Weyman, sympathizes with this struggle. With "No Muss No Fuss," premiering today on PAPER, she gives us the ultimate song to bump while sassily shaking off an obsessed ex.

The music video, directed by Gemma Warren and shot on 16mm film, shows RALPH gleefully dancing around various Los Angeles settings in full technicolor, complete with fabulous '90s-inspired ensembles. A self-proclaimed queen of thrifting, RALPH curated her own looks for the video, one of which looks to be a vintage lime green Adidas bodysuit.

RALPH describes the song as a "sassy but respectful breakup song." At the heart of the tune is its dance beat, which makes you want to move and shout along to lyrics like, "I wish you well/ but there's no chance in hell."

"No Muss No Fuss" is the second single off of RALPH's upcoming EP, following "Gravity," another highly groove-able song about moving on from heartbreak. Ahead of her upcoming tour as support for Carly Rae Jepsen in Canada, PAPER caught up with RALPH to talk her new single. Check out what she had to say, and watch the music video for "No Muss No Fuss" below.

What's the story behind "No Muss No Fuss"?

I overheard a conversation in a restaurant in Montreal. This girl was talking to her friend about a guy she had dated who was great for a while... but then got a little shady, so she moved on. But all of a sudden he started popping up in her favorite places that he knew she frequented, but he was all, "Oh hey! I didn't know you came here?" She was convinced it's because the moment you move on you emit this energy, this new confidence, and your exes can smell it. All of a sudden they come crawling out of their caves to hunt you down but it's too late.

Why is the '80s, '90s pop aesthetic and sound important to your music and to this song and video in particular?

I think it's probably just ingrained in me since that's what I listened to as a kid. The '80s to me is synonymous with color and movement and sensuality, and the '90s had these great pop and RnB moments, which I reference a lot in my writing, whether it's vocal melodies or instrumental lines.

"The '80s to me is synonymous with color and movement and sensuality, and the '90s had these great pop and RnB moments."

Would you call this a breakup song?

I think so, in the way that "thank u, next" is a breakup song. It's like a "thank you for this relationship, I learned a lot and there were some beautiful moments, I wish you well but it's done and we're not getting back together, full stop." It's like a sassy but respectful breakup song, not a "fuck you" track.

How does this single fit into your upcoming EP?

This is one of the more unabashedly pop songs on the EP. I tried to play with different genres that I love — "Gravity" is a little '90s house, another track is a little more RnB. So although they're all within the pop realm, each one borrows from a different sound and each one is unique.