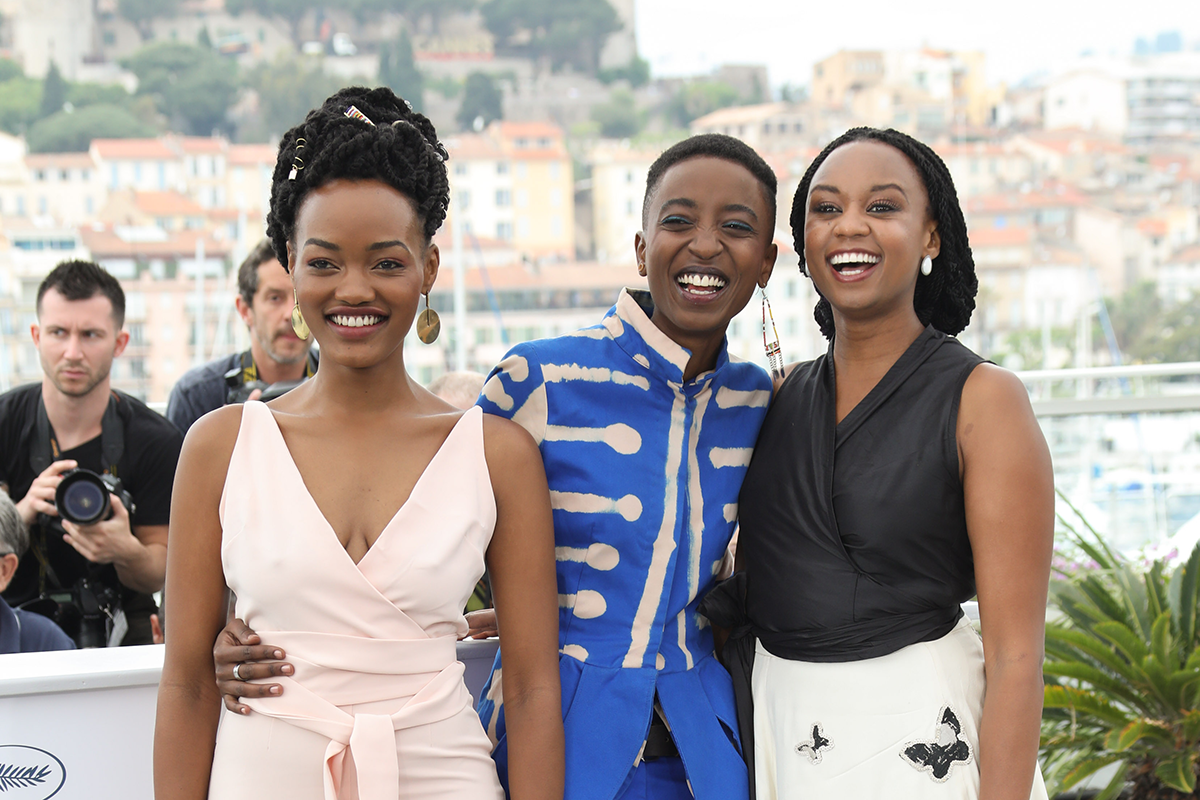 Hundreds of people flocked to the Prestige Plaza in Nairobi, Kenya to watch Rafiki, the first Kenyan film to be selected for the Cannes Film Festival. The film is about two Kenyan women, Kena and Ziki—both politicians' daughters—who fall in love with each other.

Set in modern-day Kenya, the film tackles issues on LGBTQ rights and same-sex marriage, politics and religion, challenging backwards societal norms, and just shows what it looks like to fall into a forbidden love. The showing of the film in Nairobi marks a milestone, as gay sex is illegal in the African country. And just a few years back, a film called Stories of Our Lives, which profiles LGBT Kenyans, was banned.

Initially, the Kenya Film Classification Board motioned for the film to be banned. "Rafiki contains homosexual scenes that are against the law, the culture and moral values of the Kenyan people," KFCB head Ezekiel Mutua said in a statement in April. "The film seeks to overtly promote lesbianism." But NPR reports that the film's director Wanuri Kahiu sued the board, saying that the ban went against her constitutional rights, and that it would prevent the movie from even being considered for the Oscars, as one of the requirements for the Academy Awards is to have your film screened in your home country.

While deciding on Kahiu's filed case, NPR reports that "Kenya's high court issued a temporary injunction, allowing Rafiki to be screened for seven days, from September 23 to 29." Watch the trailer for the film below.