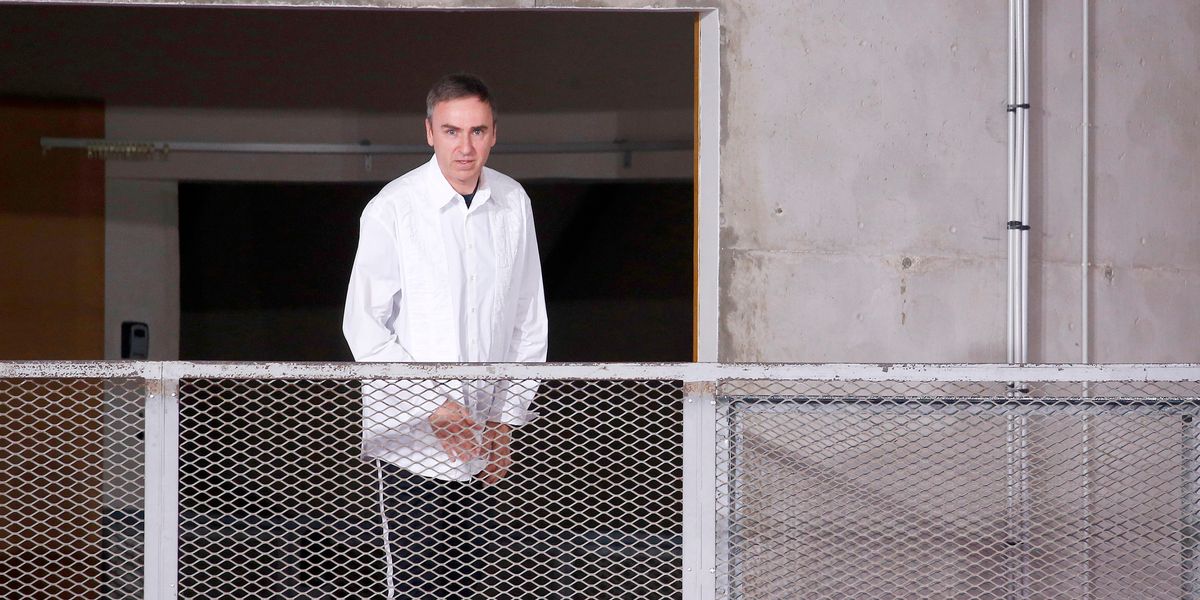 Having spent years designing collections for Jil Sander, Dior, Calvin Klein and very soon Prada as well, Raf Simons has announced that his eponymous label will be launching its first ever womenswear line.

Related | Raf Simons Is Reissuing 100 Pieces From His Archives

The Belgian designer shared the news via Instagram, confirming that the new women's line will make its debut alongside Simons' upcoming Spring 2021 Men's presentation on October 23, promising more updates as the show draws closer. It won't be Simons first foray in womenswear as evidenced by his various tenures at the aforementioned fashion houses, but it will be the first time that we'll get to see the designer's tailored Brit-punk aesthetic manifest in more feminine silhouettes.

Now entering its 25th year, Raf Simons' namesake label has historically been best known for taking inspiration from youth culture and underground music scenes, like New Wave and British punk, and elevating it with slim sharp tailoring that honed the aesthetic's edge to a razor fine point. Along with Hedi Slimane, Simons is basically the reason the fashion industry became obsessed with skinny jeans and cigarette pants. The brand has sold select men's pieces in womenswear sections of various fashion retailers in the past and played with traditionally feminine elements in recent collections but has never before had a dedicated line.

Earlier this year, Raf Simons was named as co-creative director of Prada making him the first designer outside of the namesake family to take up the role. Working alongside Miuccia Prada in what is an unprecedented partnership for not only the company but the industry at large, the label's upcoming show promises to kick off a new era of Prada.