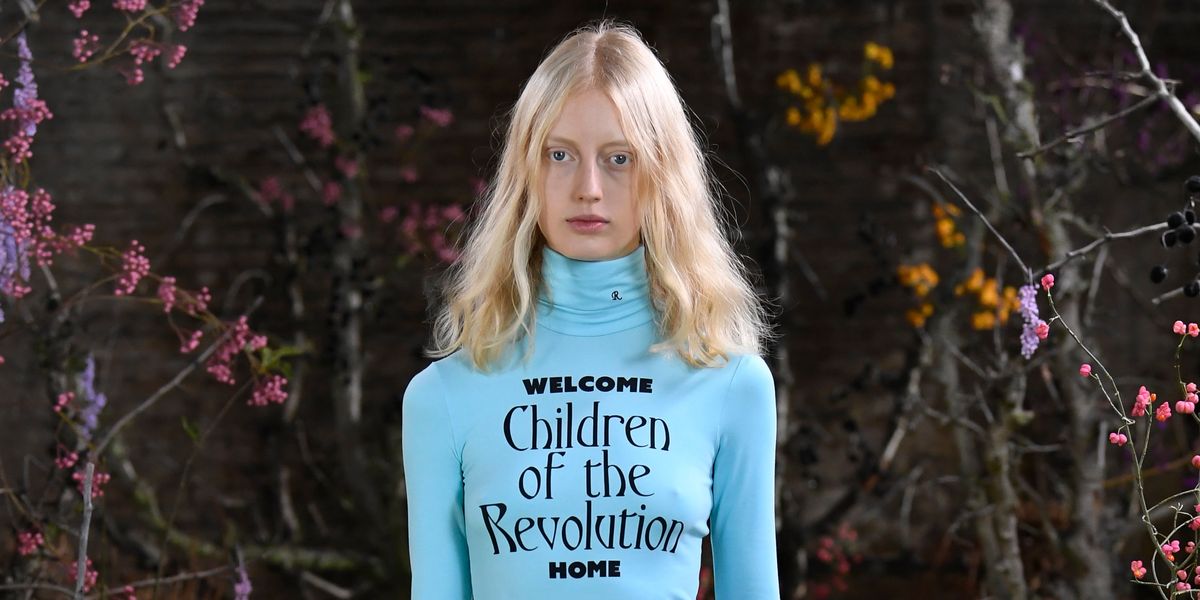 After a crowd-pleasing debut at the helm of Prada, Raf Simons is now making noise elsewhere in the fashion industry with his first in-house womenswear collection for his namesake label.

Simons is no stranger to making clothes for the ladies, having done so at Jil Sander, Dior and Calvin Klein. Although the signature knits and outerwear pieces across his eponymous line have always skewed unisex, Simons' own design team has focused exclsuviely on menswear up until now.

The video opened to a fantastical, purple-hued forest, where Simons' troupe of models slowly emerged from cracks in the walls of the set. Chilling, horror-like music soundtracked the video, amplifying the aura of '70s youth anti-establishment propaganda that defined the collection, while the creature-esque cast maneuvered the scene with a thrilling demeanor.

Simons left little up to interpretation with this line — he quite literally spelled out a heavy, counter-culture influence with rebellious youth verbiage across his designs.

Tops reading "Children of the Revolution" and "Disorder" were among the first round of designs to claim prominence, before Simons' classic plastic-wrapped shirts, quasi-neon turtlenecks and wide-set knitwear surfaced beside them. Slightly awkward and outdated yearbook-like photos were printed on oversized workwear jackets, sleeveless shirts, and white crewnecks, alluding to the teenage sentiment that gave the collection its name.