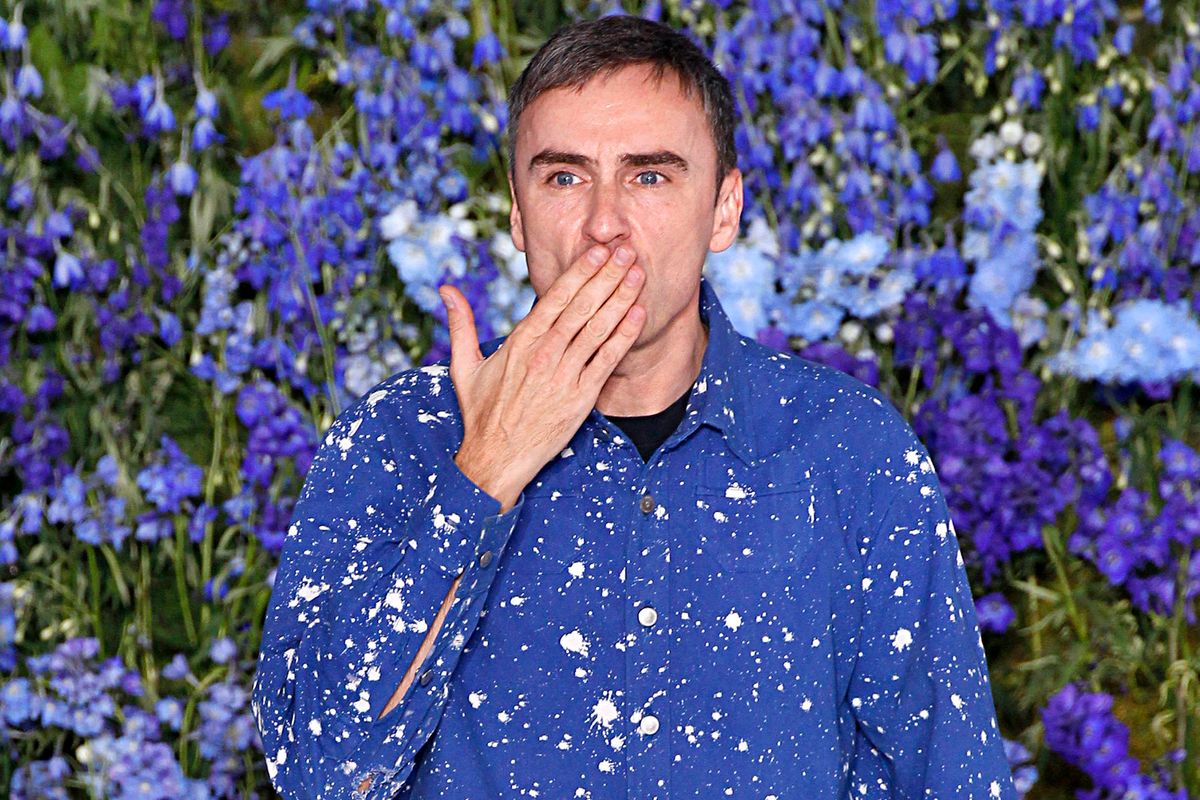 Raf Simons has opened up about his post-Calvin Klein plans in a new interview with The Guardian.

Following his tenuous departure from the American brand in December, the Belgian designer is using his newly open schedule to explore his passion for textile design. On top of his eponymous menswear line and plans to open an art foundation, Simons has collaborated with Danish textile company Kvadrat on a new collection that includes original fabrics and pillows.

"I've never officially defined myself as a fashion designer, maybe because I didn't study it" he told The Guardian of his new focus on non-wearable designs.

However, instead of a standard showcase, Simons will display his new Kvadrat collection, according to a press release, in an "irreverent conceptual installation" that includes a café for Milan Design Week. In interview, he describes his installation-cum-café as a "space for social interaction," "not a showroom," "an environment," and "a place of inspiration."

Unlike French designer Simon Porte Jacquemus, who recently announced he's opening up a café in Paris, Simons won't be operating the café himself, but simply using it as an opportunity for guests to experience his pillows firsthand: by lounging on them with a cappuccino.

For the showing, Simons will transform several Milan homes by architect Jean Prouvé, turning "their interiors into both domestic spaces and atelier-type workshops" that will "tell the stories of the three new fabrics he has created."

Related | Raf Simons Will Be Honored For His Calvin Klein Quilts

"I hope it's as good as it sounds. It's so much more massive than anything we've done before" he told The Guardian.