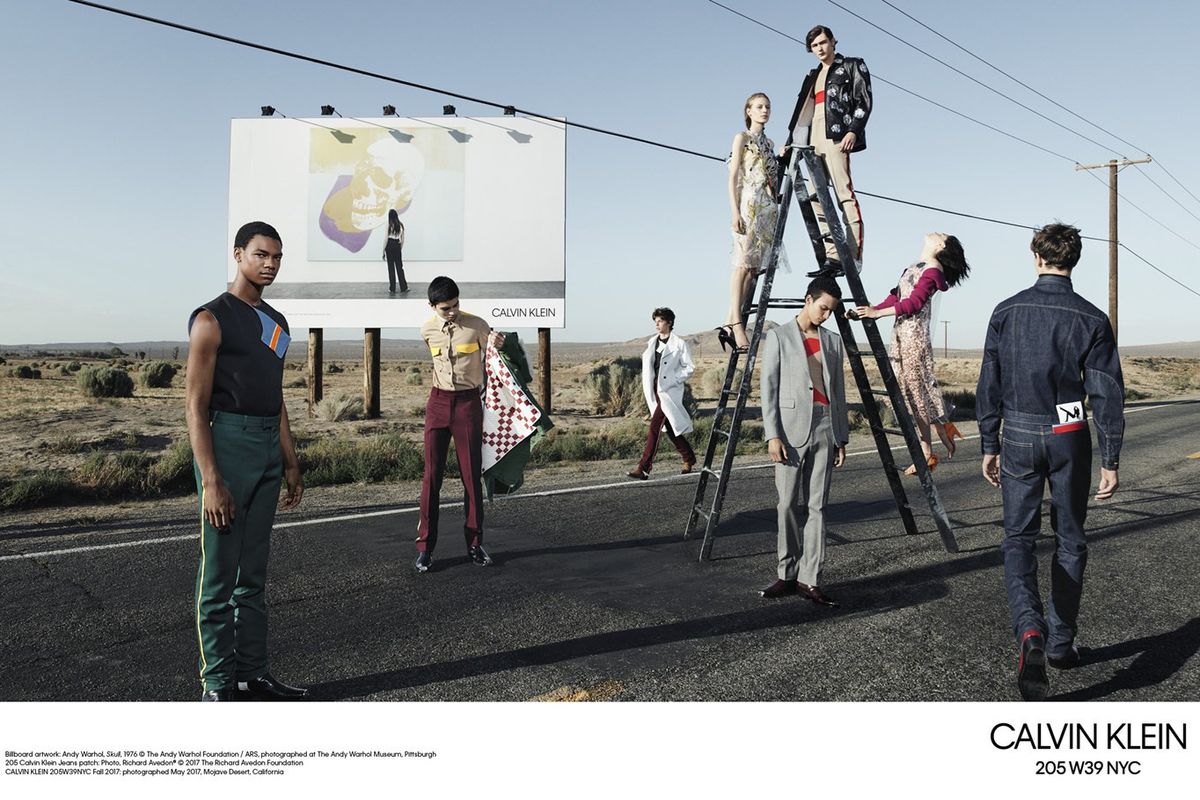 Ever since Raf Simons took the reigns at the high fashion/denim/underwear line Calvin Klein almost a year ago, the brand has been thrust back into the spotlight due, in no small part, to the Belgian designer's continuous restructuring of the brand's identity and heritage. First, there was the designer's decision to combine the menswear and womenswear collections into one show per season. Next up was the introduction of "Calvin Klein By Appointment," a new made-to-measure sector of the brand that would take advantage of the creative director's last position designing couture clothing for independent clients at Christian Dior.

Then, right before presenting his first official collection for the brand, he debuted his first campaign—which functioned more as a teaser for what to expect from the brand during his tenure. Called "American Classics," the imagery for the campaign was simple and, for lack of a better word, classic. In each of the campaign's images, Willy Vanderperre arranged models—all wearing the brand's instantly recognizable white underwear and classic denim—in a museum against art from some of Simons' favorite American artists, including frequent collaborator Sterling Ruby (who designed the set for Simons' first Calvin Klein show), Andy Warhol, Richard Prince, and Dan Flavin.

Although that campaign came out almost six months ago, the pictures are resurfacing again today with the release of Simons' first official fashion campaign. That's because the designer had the genius idea to position the models in his newest campaign against billboards of his previous campaign. I dare you to find an example of a more brilliant idea for cross-promotion.

Unlike the underwear and denim-clad models in the "American Classics" campaign, the models in this AW17 campaign are fully dressed—in the season's most drool-worthy items, no less. (Yes, that beautiful feather dress reappears. So does the plastic-covered yellow fur jacket, and the infamous American flag skirt.)

See which items you need the most for the new season in the pictures below.

(But not the cowboy boots or the sunglasses. Those are mine.)