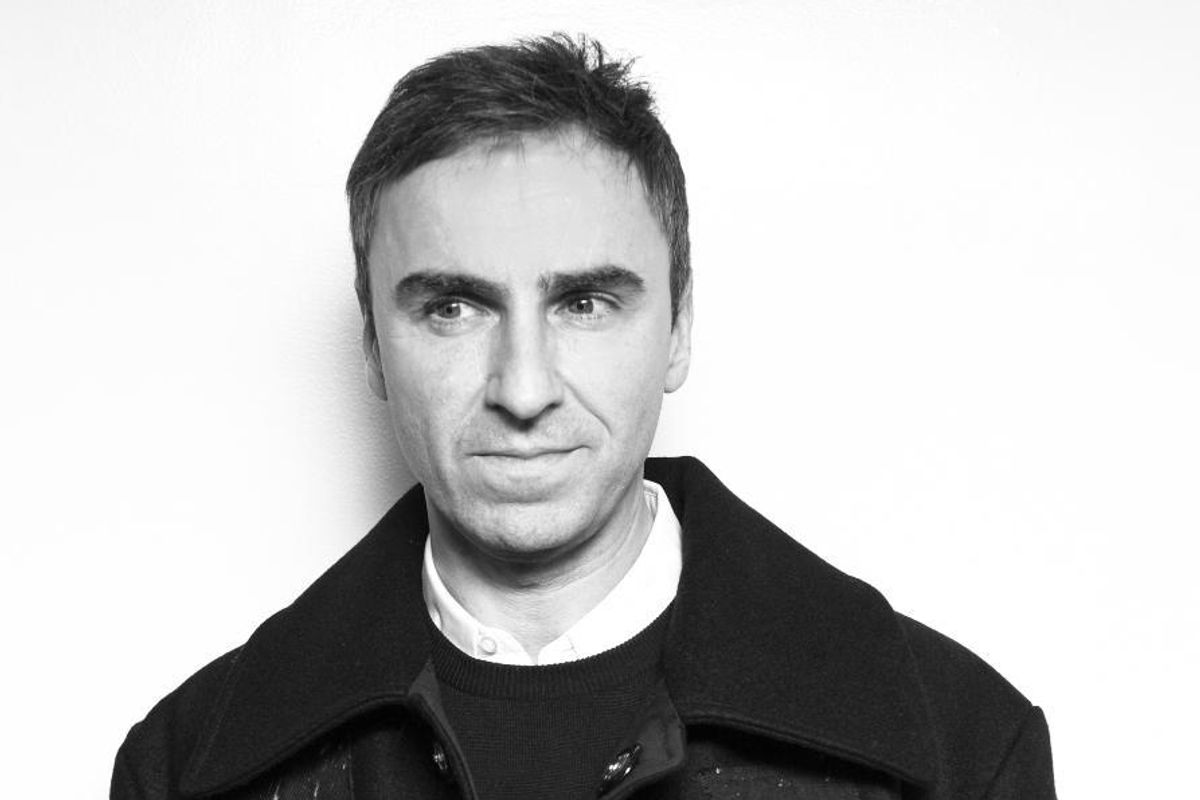 Raf Simons Is In At Calvin Klein

The rumors were true. After months of rumblings that Raf Simons will take over Calvin Klein, the company confirmed today on Facebook that he will indeed release his first collection for them during February's Fall 2017 shows.

As Calvin Klein's Chief Creative Officer, Simons, who left Dior last October, will not only design mens and womens runway collections but will also take control of divisions that were previously run separately from runway. Simons will also oversee design for the brand's denim, underwear and home collections, and its marketing and advertising departments will report to him as well. As Cathy Horyn at the Cut notes, for a CCO to oversee so much is unprecedented for the brand, and hasn't happened since Calvin Klein himself sold the company to the Phillips-Van Heusen corporation in 2002.

Indeed, Simons, known for his minimalism, is a no-brainer to head up the iconic American sportswear brand famous for its classic designs. Though the company has been hugely successful in recent years, noting in its Facebook post that it plans to hit a $10 billion retail sales goal in the coming year, up from last year's $8.2, switching things up with this new autocratic model might be risky. Then again, the brand is likely also attempting to modernize, appeal to its younger post-Bieber customers and better insert Simons' sleek high-fashion aesthetic into the bra section of your local Macy's.

Simons certainly knows how to multitask -- he oversaw six runway collections a year when he was at Dior. But, as Business of Fashion has noted before, it's also surprising that Simons would put himself in another situation where so much rested on his shoulders. Last November, he told Horyn, writing for System magazine, that single-vision structures are impossible to maintain: "When you try an idea, you look at it and think, Hmm, let's put it away for a week and think about it later. But that's never possible when you have only one team working on all the collections."

RELATED: Fashion Draft: Who's Going Where? Industry Experts Give their Predictions