Rae Sremmurd's Guide to the Best Weed Strains In America

As they put the finishing touches on their sophomore album, SremmLife 2, Rae Sremmurd's (@raesremmurd) Swae Lee and Slim Jxmmi take a moment to consider one of their favorite pastimes: weed. Here, they tell us about the best strains they find throughout the U.S. when they go on tour. 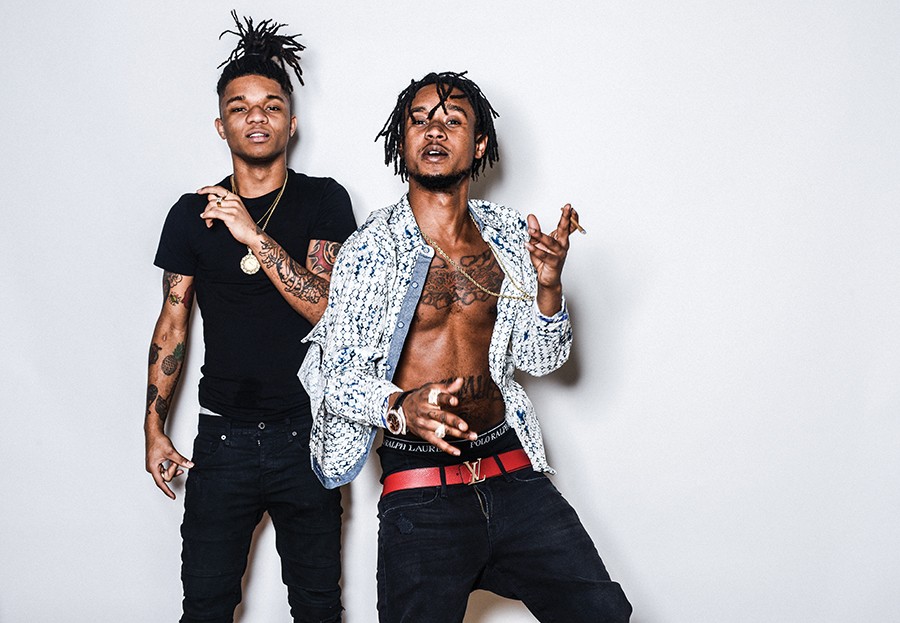 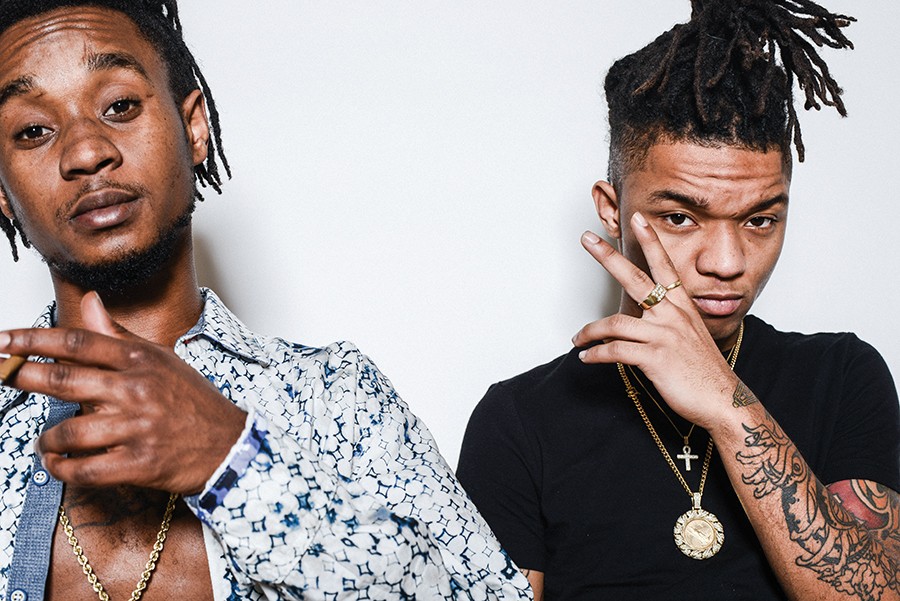 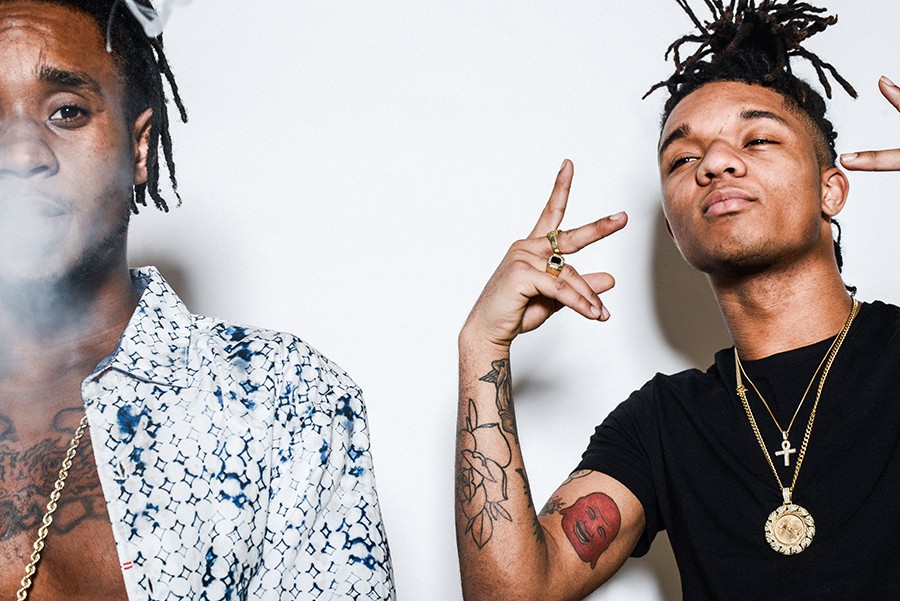 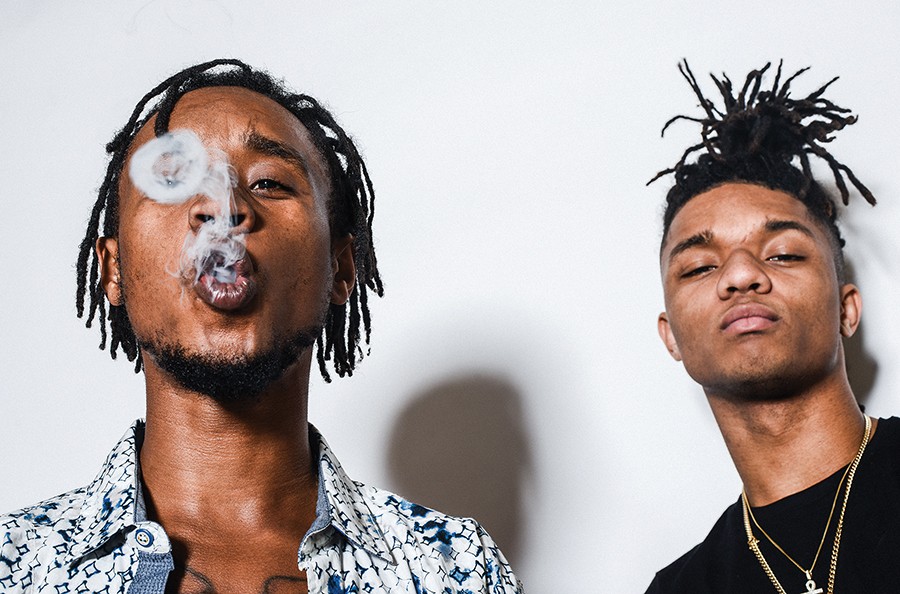 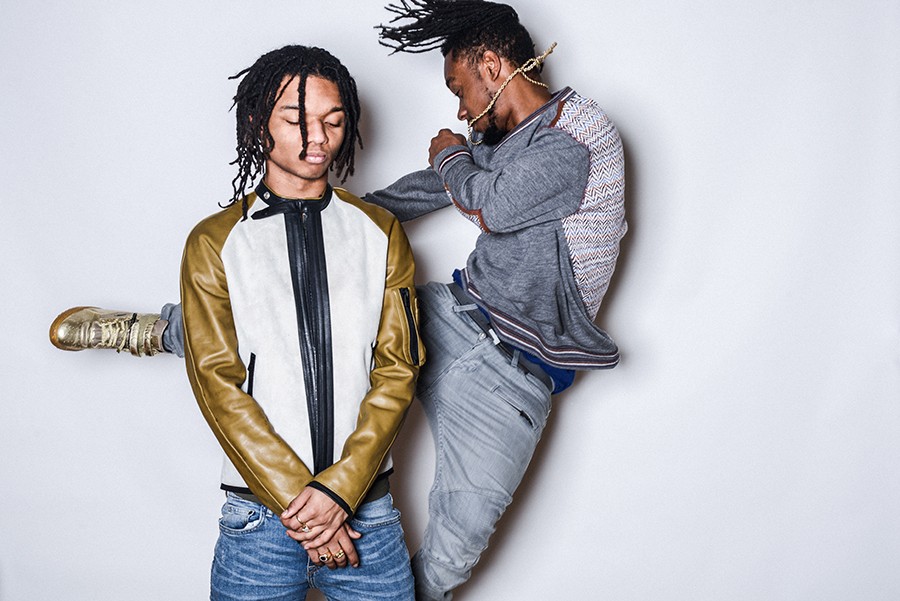 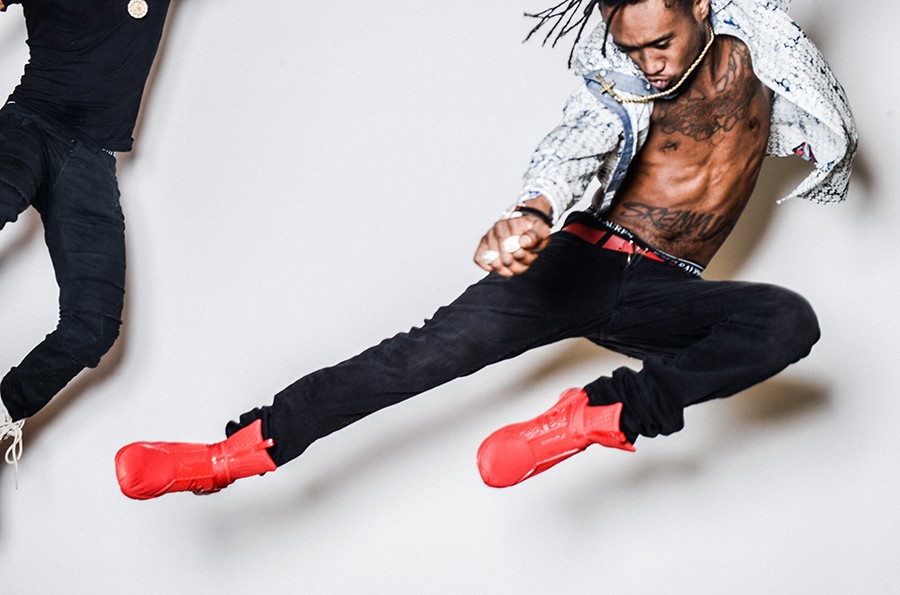 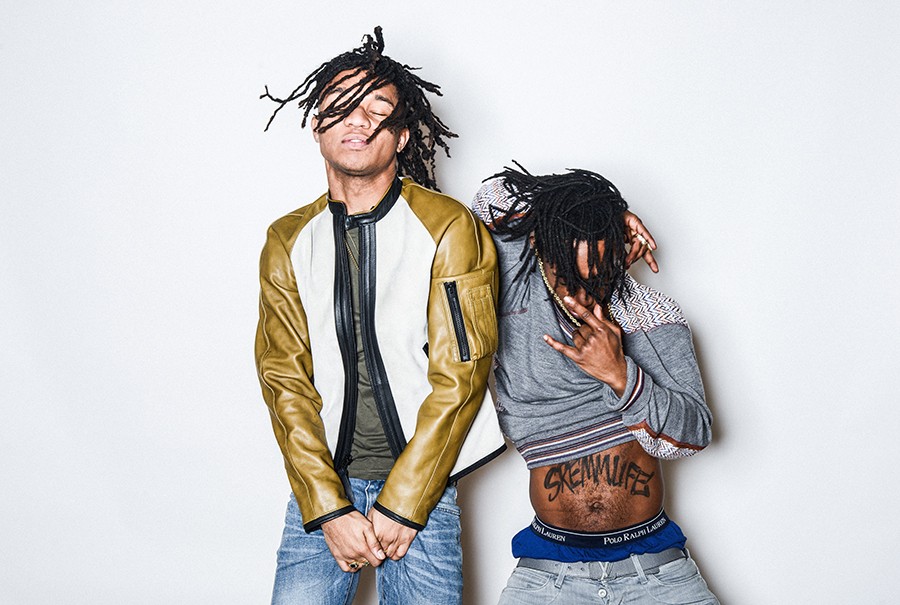 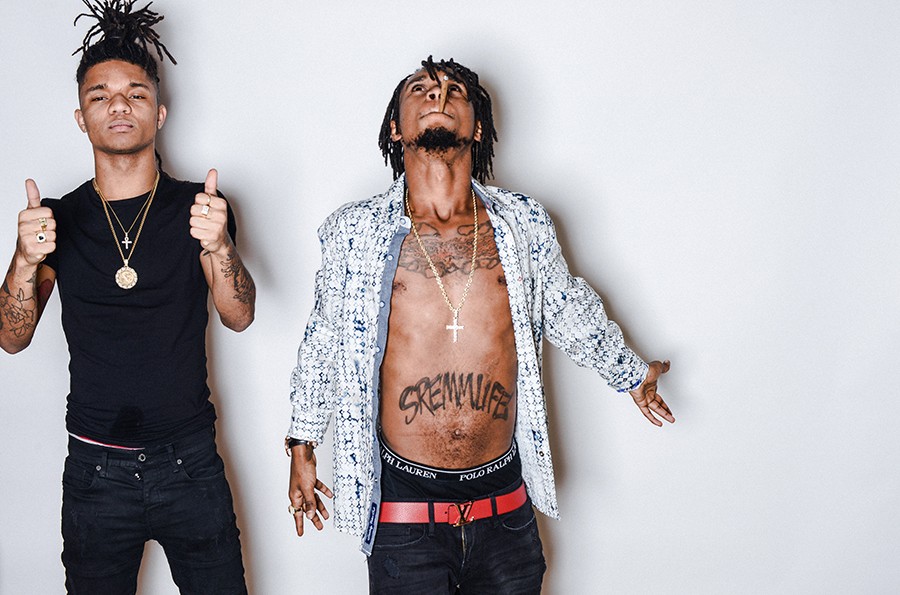 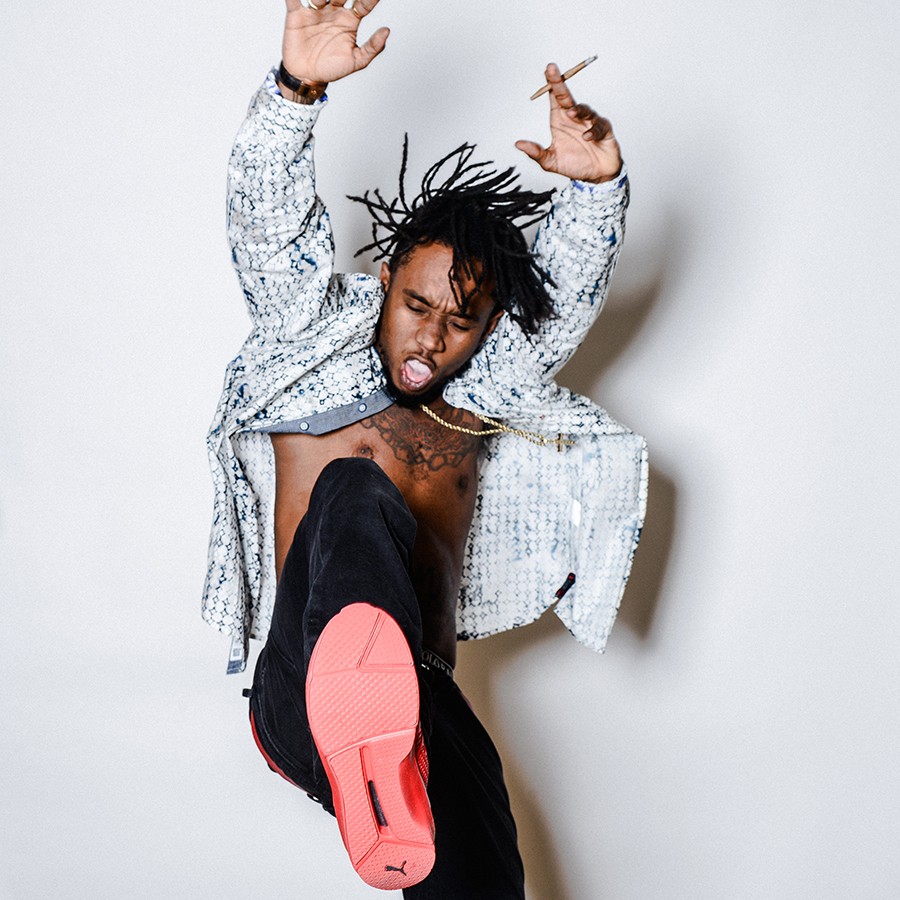 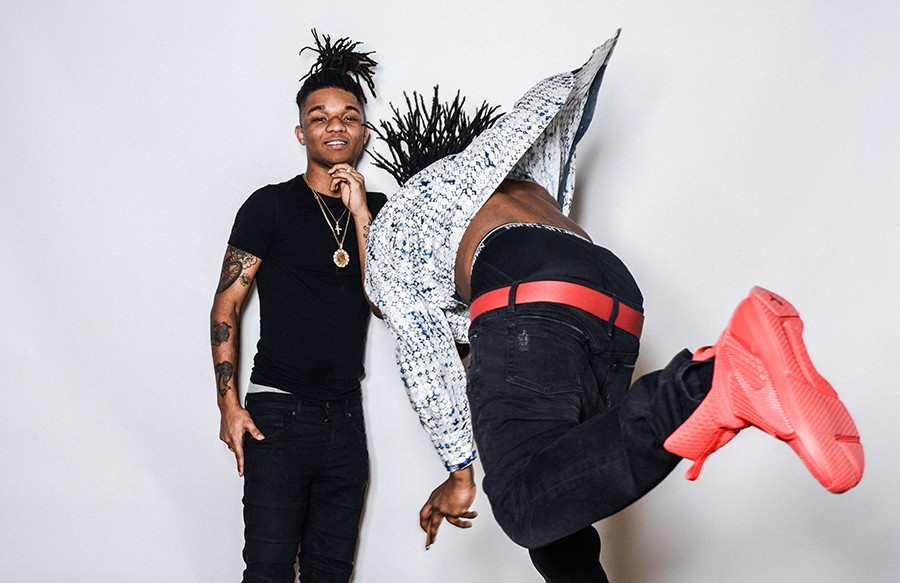 "Miami is a beautiful place to come for the girls and the clubs. The weed isn't the best but the party scene is so amazing that you'll forget about the weed. It's pretty much one strain going around -- 'Reggie.'"

"Atlanta's got the best strip clubs and they got this shit called 'Gas.' It's not a real strain. You can't say it's like 'Blue Dream' or nothing -- it's just 'Gas' and it's really strong and it'll put you to sleep. Like 'gasoline' or 'propane,' know what I'm saying? Like keep the lighters away -- don't smoke a cigarette over here. It's like first you're trying to fight it and then you get hungry and then when you sit back down, the next thing you know, you're going to be waking up and it's the next day."

"Texas has got some really, really pretty women and they've got a lot of good weed there. I had some good 'Blue Dream' in Austin and I had some good 'Girl Scout [Cookies]' down there, know what I'm saying? 'Blue Dream' is gonna have you real awake and smiling like a stripper. 'Girl Scout' is gonna have you real sleepy -- it's gonna be heavy, real heavy, like you just ate a whole bunch of food."

"I love every state where you can smoke weed legally -- the crime rate's low, everybody's happy, the gas stations are making a lot of money off the chips. You got a plethora of flavors. You got 'Blue Dream,' you got your 'Green Crack,' you got your 'Alien OG.' You got so many types of weed, I don't even know every type of strain. My favorite out of all the weed would have to be 'Maui Waui.' It's a rare strain -- it doesn't come around that much but I really love it. The high feels like you're on the beach in Hawaii and there's nobody on the beach but you and a thousand beautiful women. It looks like green diamonds."

"I don't know the weed there either -- it's unclassified like the weed in Atlanta so we'll just call it 'Gas.'"

"I like the Windy City for the same reason I just like America: it's [a city of] pretty women that want to have sex with me. There are some places where there aren't a lot of strains so you just have to get what you can get so I just get [regular] weed. But I really go to Chicago for the beautiful women, like the Dominican women, the Spanish women -- they're all like, 'Come see me, come see me, I miss you, I need you.'"

"Aw man, New York's got that stupid dope. I don't know where it comes from but it just pops up. 'OG Kush' -- it's a super laid-back high like you're driving a Cadillac and the windows are really tinted. Have you ever seen How High? It's like that. That's how it'll make you feel -- like you were in the movie."