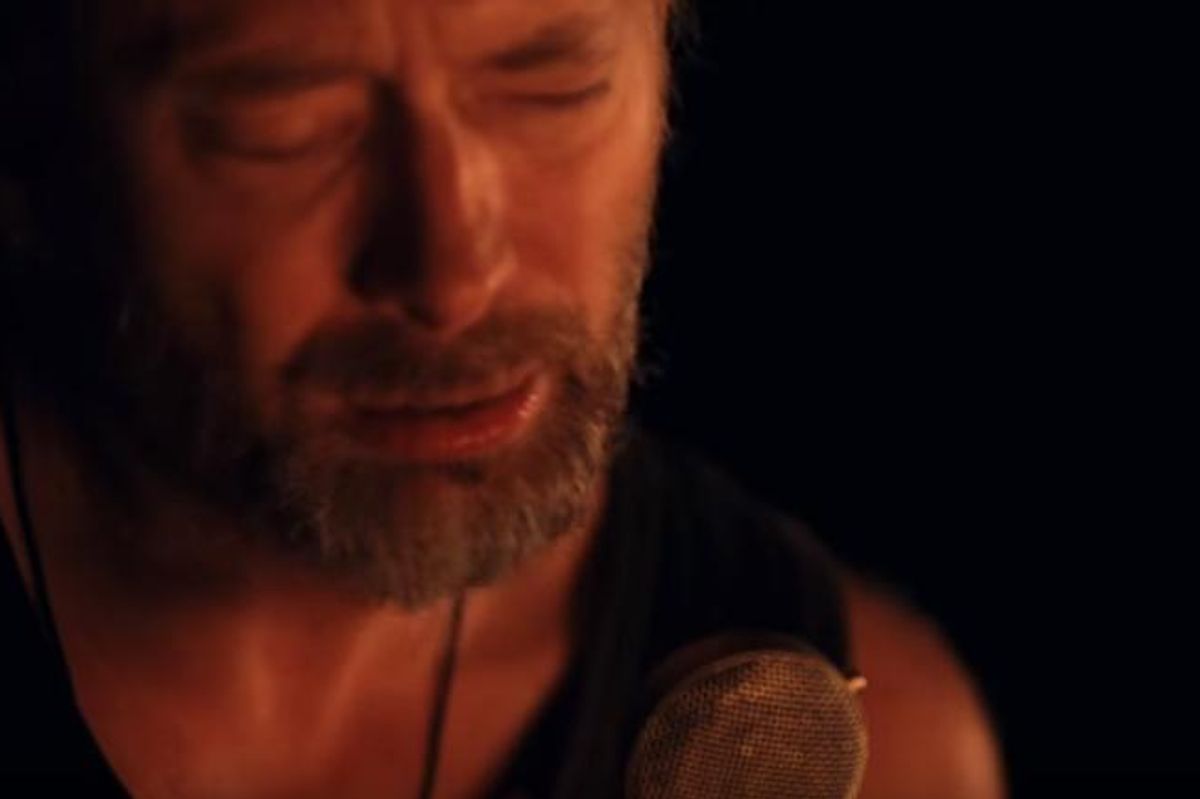 The second collaboration between Thom Yorke, his band of merry (sad) men, and acclaimed direct-or, Paul Thomas Anderson, is upon us: in the form of the music video for A Moon Shaped Pool's "Present Tense."

The clip has Yorke, guitarist Jonny Greenwood, and a Roland CR-78 (hence the video's title), performing the song live against a warm orange glow.

This is the third video from the May album, following "Burn the Witch" and "Day Dreaming"--the latter, of which, was directed by Anderson, too.