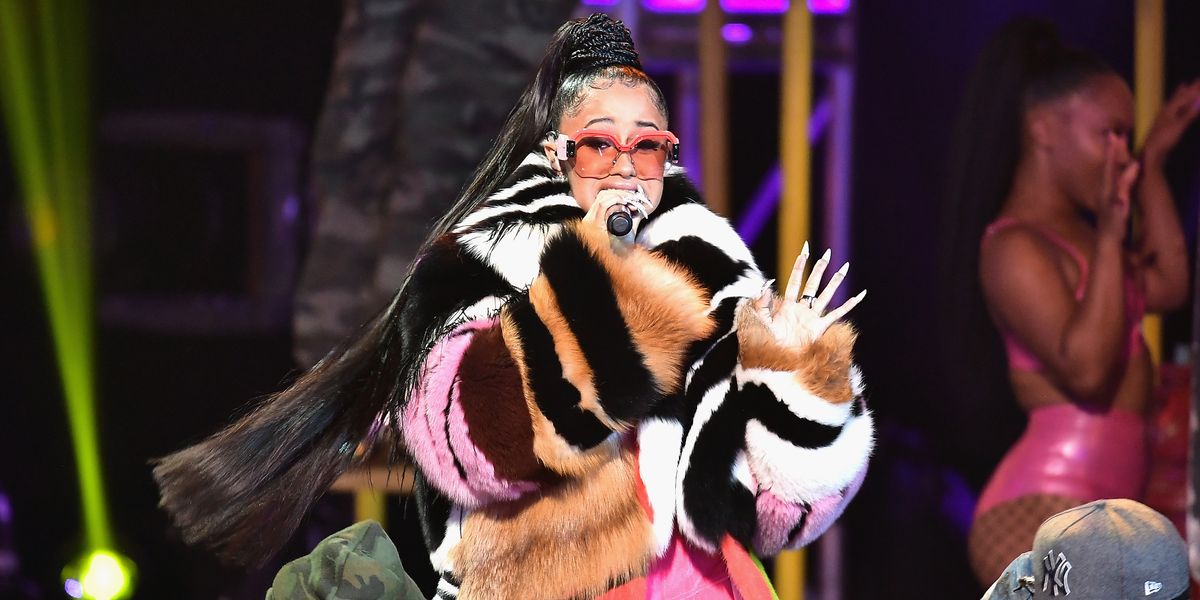 Exactly a week ago today, when the month of December was inaugurated with the announcement of 15 major black artists nominated for Grammy awards, I took to Google for a cursory search of "rich man" stock photos.

Unsurprisingly, 87 million results exclusively revealed images of middle-aged white men, their relationships with cash plainly visible in the garments on their backs, money bags accrued around their bodies and full champagne glasses.

But it also yielded a single portrait in color: a black man. Jay-Z stared coolly through the screen, pouring D'Usse into the mouth of one of three Grammys he won back in 2013—two of which for "N*ggas in Paris," a song about black men existing at the nexus of Hollywood and the hood.

This year, leading the pack of nominees for his album 4:44—an intimate confessional responding to Beyoncé's Lemonade and bridging days of poverty with new money—the hip-hop luminary was launched into the first Album of the Year category free of white men since 1999.

Cardi B enjoyed similar success. Having only debuted in November 2015, the radiant Afro-Dominican rapper was honored with two noms, both for "Bodak Yellow," the colloquial anthem of an unfuckwithable South Bronx woman of color getting her money by her own means (her net worth reportedly sits at $4 or 5 million, give or take).

Combined with Beyoncé's recent dethroning of Taylor Swift as the richest woman in music, I thought of how satisfying it is to watch black artists' success affirmed by their material riches. Though granted superficially, their Grammys and money, each inevitably muddied by the fingerprints of affluent white men, feel oddly cathartic.

While I don't care much to know just how rich the super rich are—though a mental visitation to the role of creditor rather than debtor is a sweet break from reality—the triumphs of Cardi, Bey and Jay feel personal. Perhaps it's because they are pedagogically building black generational wealth that has never existed in America—that although we're moving toward an entirely white hereditary aristocracy of fortune, they are interrupting a legacy of inequity.

I think they want that freedom for us, too. Jay-Z extends capital support to startup businesses. Yoncé invests in and cultivates talent. Cardi distributes cash at the strip club.

Capitalism invites us to gauge success by measurable wealth. So if black oppression is a material struggle, perhaps black freedom responds materially, both in property and in image.

My family was never poor, but I learned the value of a dollar at a young age. I eventually assumed finance was the root of my existence in a broken nuclear family, succumbing to the mythologies that black people can't save money. So although the wealth of a child's family is the single greatest predictor of their future economic prospects, I am determined to cross the chasm between myself and my rich white counterparts.

The average black family needs 228 years to build the wealth of a white one. But these artists are accessing that, and much more, in their lifetimes. They've seized reparations and snatched the keys to a kingdom from which they were supposed to be barred.

And they're holding their money close; on their bodies, liquidized in their hands, pressed as gold against their teeth. Black self-luxuriating is a radical and political act.

I wonder why they must be chided for practicing capitalism in its purest form, in garish spending and self-decorating, while others are envied for doing the same.

No matter, I'll continue to find solace in their material success, and every time "Bodak Yellow" comes on at the club, I'll sing it as though I wrote it myself.