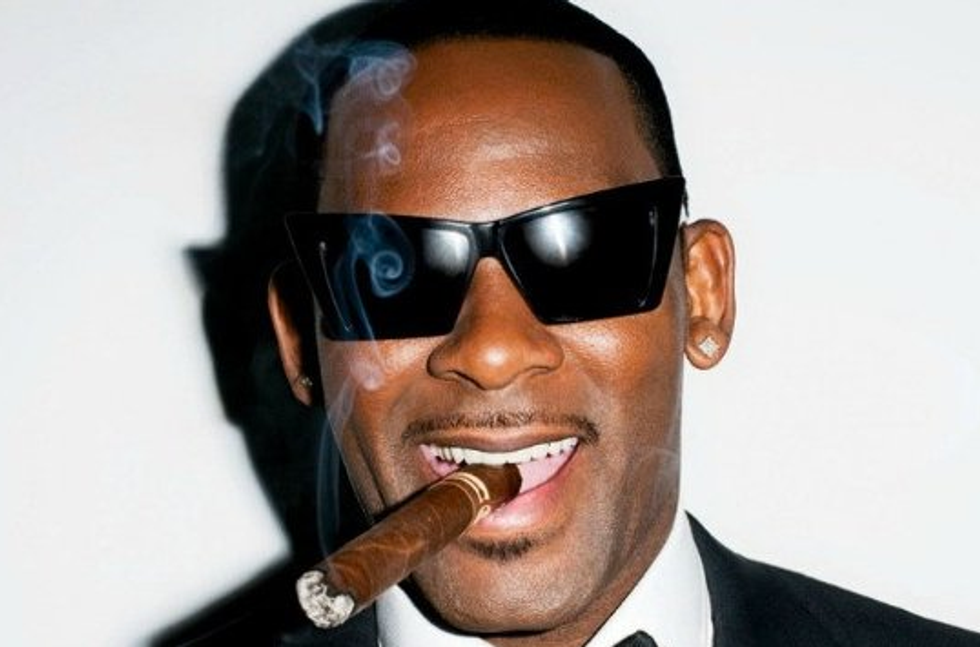 R. Kelly has a new song and it absolutely belongs in the same pantheon as classic sexxxy hits like "Sex Planet," "Sex Kitchen" and "Sex Weed." Weirdly, this song doesn't have "Sex" in the title (it's called "Genius" even though, truly, it really should be called "Sex Genius"), but it strikes that balance of catchy and sultry that translates into R. Kelly gold. Between his collabs with 2 Chainz, Phoenix and Future and his return to classic sexxxy sex songs, we think R. Kelly is about to have a major comeback (and not just an ironic comeback among the Pitchfork demographic). Can't wait for the release of Black Panties, out November 11. Listen to "Genius," below.