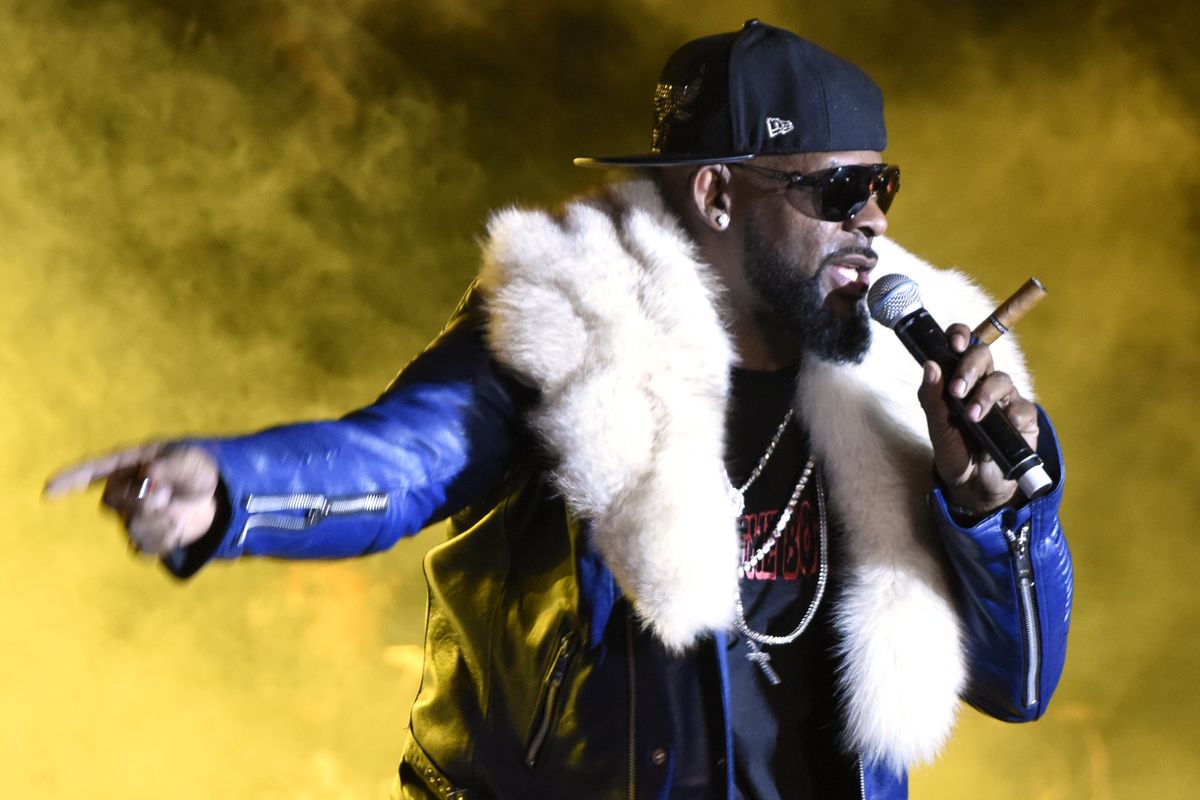 R. Kelly's Alleged "Sex Cult" May Be Subject To A Criminal Investigation

Last month, Buzzfeed broke an explosive story alleging that R. Kelly has been holding and controlling a group of underaged women in a "cult," where he sexually coaches them, makes child pornography, controls their appearance, and dictates when they're allowed to eat, bathe and sleep. Unsurprisingly, Kelly's camp have heartily denied the allegations, but the fallout of the Buzzfeed story and a subsequent corroboration of the allegations from a former girlfriend, has forced Kelly to cancel several dates on his tour due to flagging ticket sales. However, it seems that this is truly only the beginning of Kelly's troubles, because Fulton County, GA chairman John H. Eaves has called upon the Georgia DA to launch a criminal investigation based on new evidence he has seen from the John Creek Police Department. Eaves issued a statement to local NBC affiliate WXIA, saying he believed that they have enough evidence to give the Fulton County DA "all it needs to advance a criminal investigation of the well-known allegations." He continued, urging the DA's office, investigators, and prosecutors to "follow every lead – no matter where it leads, or who it implicates, and bring those persons to swift justice." In closing, he states:

No one should be above the law, because of their income or their zip code. And we will not allow our young girls and young women to be preyed upon by predators or anyone who aims to brainwash and strip them of their human dignity and their right to be free. Again, as a father of a teenager daughter and a responsible leader in this community, we have a moral responsibility to stand up for people who cannot protect themselves. Today, I am asking our Fulton County Justice officials to do just that. If we won't protect our young girls and young women, who will?"

Eaves, who is also running for Atlanta mayor, has also been at the forefront of an effort to cancel an upcoming R.Kelly performance scheduled at Georgia's Wolf Creek Amphitheatre. In a statement provided to Rolling Stone, a representative for Kelly, Trevian Kutti stated that there was no police investigation. "Mr. Kelly is outraged by the ongoing efforts of the Fulton County Board of Commissions and its chairman to interfere with his business interests and now, absent any authority, attempt to have him targeted for investigation."