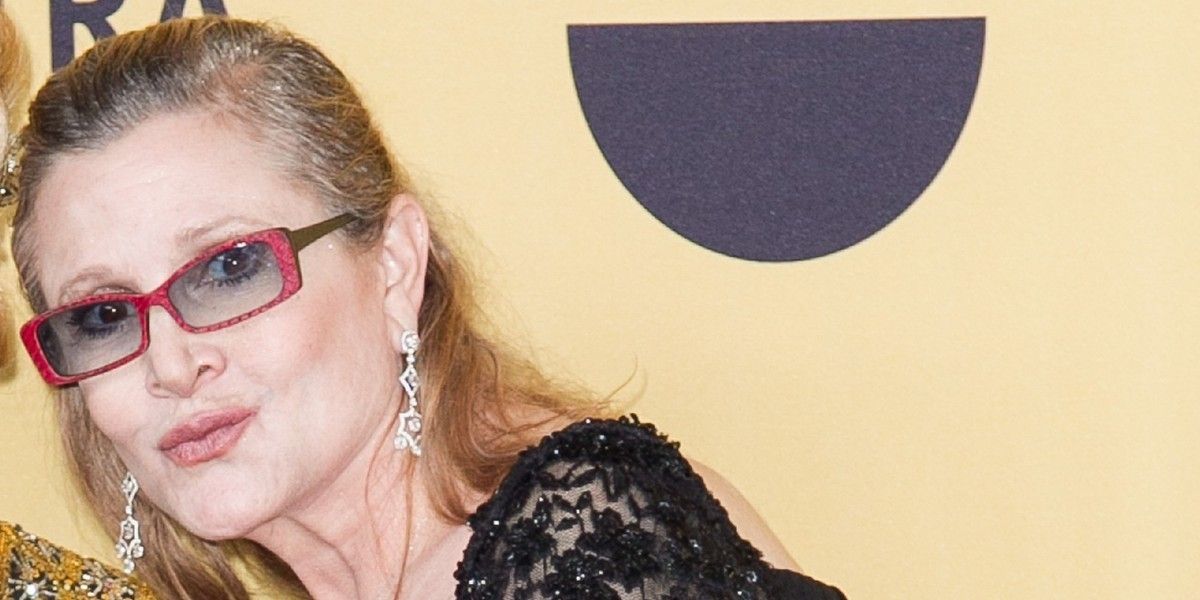 Carrie Fisher – actress, writer, and the Princess Leia of our hearts – died today. She was 60 years old.

Fisher has been in the hospital since Friday, December 23, when she suffered a heart attack aboard an 11-hour flight from London to Los Angeles. While her condition seemed to have stabilized over the weekend, she died this morning while still in intensive care.

"It is with a very deep sadness that Billie Lourd confirms that her beloved mother Carrie Fisher passed away at 8:55 this morning."

Born to Hollywood royalty, Debbie Reynolds and Eddie Fisher, Carrie Fisher was probably best known for playing the iconic role of Princess Leia Organa in the Star Wars franchise. She brought it full-circle last year, returning to her career-launching role in the latest Star Wars: The Force Awakens; she is also credited in this weekend's box-office hit series-spinoff Rogue One.

Leia may have been her most famous role, but Fisher was much more than the space princess. She also appeared in When Harry Met Sally..., The Blues Brothers, Soapdish, and many more, including just recently Amazon's Catastrophe. Fisher was also a best-selling writer, channeling her struggles with depression, substance abuse and Hollywood into memoirs like Wishful Drinking and her latest, The Princess Diarist, and novel Postcards from the Edge.

Jarringly enough, Fisher had just spoken to the The Rolling Stone a month before her own death about her fear of dying, "I fear dying. Anything with pain associated with it, I don't like. I've been there for a couple of people when they were dying; it didn't look like fun. But if I was gonna do it, I'd want someone like me around."

And of course, she wasn't alone – Fisher is survived by her mother Debbie Reynolds, and daughter Billie Lourd.

Watch the Star Wars legend in all her glory below: