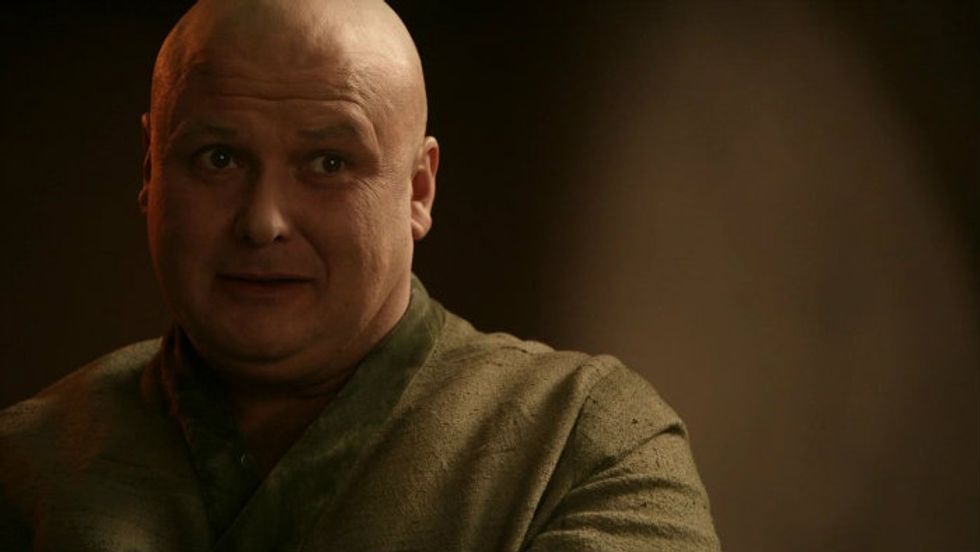 by Eric Thurm
PAPERMAG
Last night, a Thrones happened, or something. I still have not seen the offending episode, "The Dance of Dragons," because I was on a plane. But landing to discover the internet in an uproar about Another Bad Thing The Thrones People Did without having seen the episode is a little uncanny if you're familiar with the show's patterns regarding wanton violence, sexual abuse, and cruelty -- some of which is dramatically effective, much of which is not -- but not with the specifics of what happened.

By now, the fact that the reaction to every single episode of Game of Thrones is basically the same should be telling about what, exactly, the show is up to; it's fine for a series to keep one-upping its own "insane," "shocking," or "brutal" moments, but let's not kid ourselves about it being great because of that, or even very good. It's a pretty enjoyable, often difficult to watch, highly soapy show (though that does a disservice to soap operas, honestly) that frequently has great moments but very little on its mind.

If that's not convincing, try taking this quiz with headlines from media outlets reacting to the "big thing" from last night's Thrones -- or not. Can you guess which ones refer to the events of "The Dance of Dragons"?

2. "Did Game of Thrones Go Too Far With Latest Death?"

3. "Did Game of Thrones Finally Go Too Far?"

4. "Did Bloody Game of Thrones Episode Go Too Far?"

7. "HBO and Game of Thrones Have a Huge Problem on Their Hands"

8. "Why Did That Horrible Thing Happen on Game of Thrones?"

9. "Fans React to Game of Thrones' Most Shocking Event"

Answers: Is the Headline About Last Night's Game of Thrones?

How did you do? Excited to play the game again next week? When you play the game of Thrones headlines, you don't get to live, you just die a little inside.