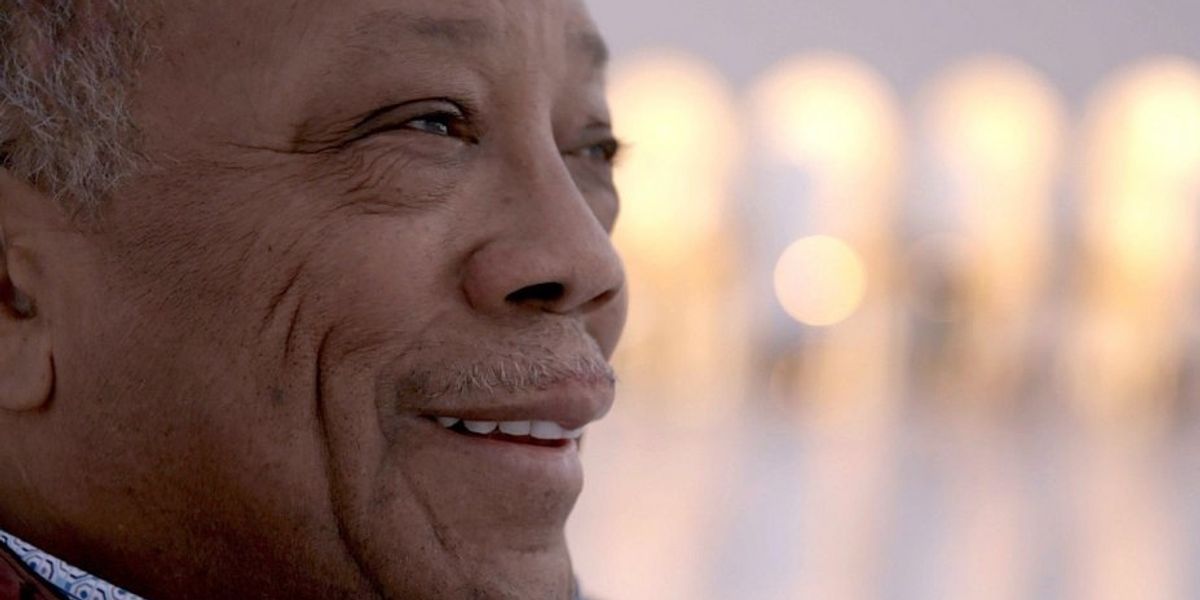 Netflix announced today that it's forthcoming documentary about music icon Quincy Jones will come to the streaming service September 21st alongside a limited theatrical release.

The film, simply titled Quincy, is directed by his daughter and successful actor Rashida Jones alongside Alan Hicks, who directed the jazz biopic on Clark Terry Keep On Keepin' On. The movie is a survey of Jones' long and storied career as a celebrated musician, producer, composer, and arranger. Even if you aren't familiar with Jones' solo work you have most likely heard his production work on Michael Jackson's Bad, Off the Wall, and Thriller or for other like Frank Sinatra, Dizzy Gillespe, Lesley Gore, and Ray Charles. If that wasn't enough he has also provided the soundtracks for films In Cold Blood, The Italian Job, They Call Me Mister Tibbs!, and produced the Fresh Prince of Bel-Air.

"It's rare that somebody who has lived as much life as my dad is still interested in growing and knowing the next generation," Rashida Jones said in a statement. "He is such a man of action and accomplishments, but we were so lucky to spend real time with him, to let him reflect on life and the larger picture. I feel honored to be able to share that with audiences all over the world."

Quincy Jones also made headlines earlier this year after a revelatory interview with Vulture, where he revealed that Sinatra and the mafia where behind the Kennedy Assassination, that The Beatles were overrated, that he used to date Ivanka Trump, and the Marlon Brando had slept with James Baldwin, Richard Pryor, and Marvin Gaye. One can only imagine what else Jones has to say!