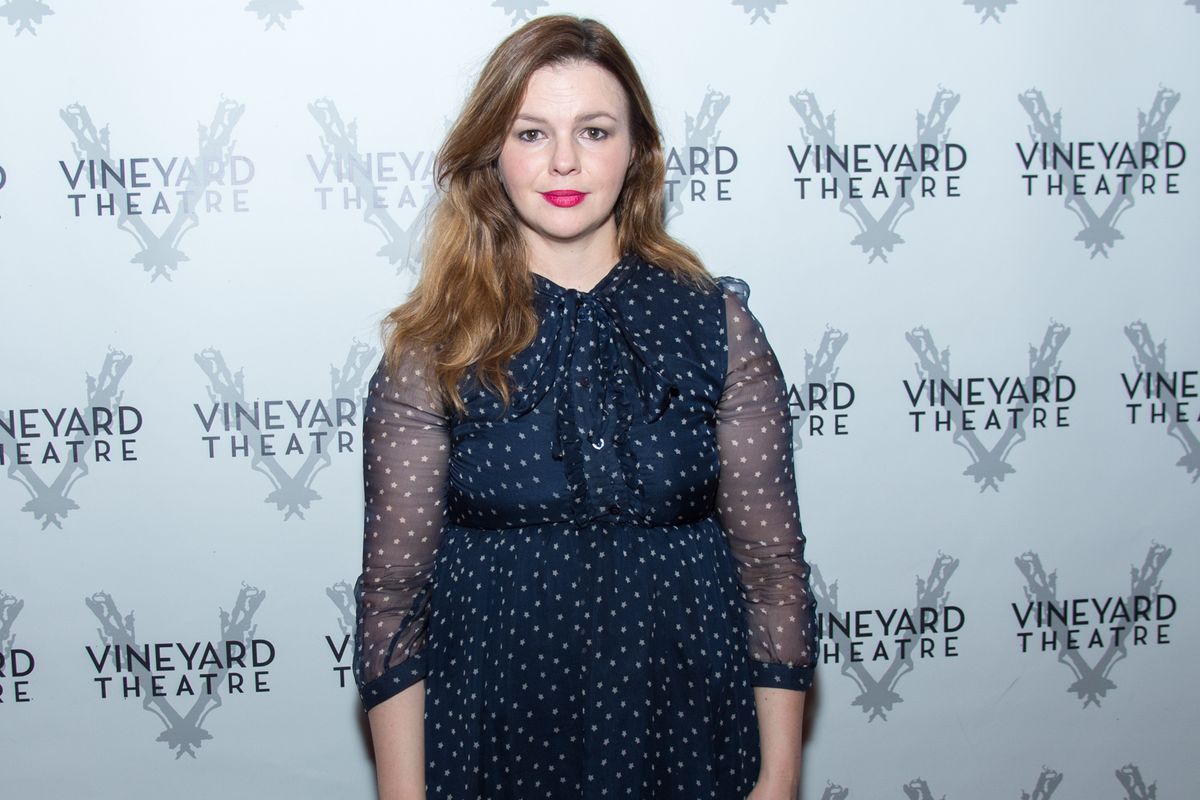 After the Harvey Weinstein scandal broke, men in Hollywood who had worked with the disgraced producer, including filmmaker Quentin Tarantino, began to come forward to share what they did or didn't know about the mogul's predatory behavior throughout the years. Tarantino told the New York Times that while he didn't know the full extent of the allegations of sexual assault against Weinstein, he "knew enough to do more than [he] did."

Now actress Amber Tamblyn, who has been a vocal advocate against sexism and sexual assault in Hollywood, said that she personally told Tarantino to come forward with what he knew. At a panel for Women in Film at the Women's Convention in Detroit, Tamblyn spoke about the importance of holding men accountable for their actions, and of the power of male allies in any industry. To that end, she said she reached out to men in Hollywood to speak up about Weinstein:

"I know for me, I went out and actively reached out to men in the business that I know could be allies. Quentin Tarantino's a great example. We had a dinner and I said, "You need to go speak to Jodi Kantor from the New York Times and you need to tell her what you told me. And you need to express your complicity. You need to talk about that. And just because you are complicit in something like this does not make you a bad person, and the ownership of it for men is the beginning of all real reception. It's the beginning of healing."

Tamblyn also said that she thinks Donald Trump's election contributed to the wave of allegations against men in every field now being brought to light:

"With everything coming out regarding Harvey Weinstein, which I truly believe never would have happened if Hillary Clinton was president. Meaning it took somebody as vile as Donald Trump to allow these things to start bubbling to the surface. Even though it's been there all along, this has been in our country for a long time, but it took someone like him for us all to be able to point and go, 'That, that is everything that is wrong with masculinity. Everything. It's done.'"

She added that putting the onus on women to be the only ones held accountable for stopping assault is wrong:

"To that end, one of the things that was so difficult for me in processing that was this call for other actresses to immediately come forward, and why wasn't Meryl Streep supporting everybody, and why was it just me and Brie Larson and Rose McGowan, and where was everyone? And it kind of broke my heart, this sense of coming after each other, of holding only women accountable to these perfection standards, to these places in which we're still trying to figure out how we're allowed to exist in a world that only wants everything to be dead for us - for our bodies to be dead to us, for our minds to be dead to us, for our stories to be dead to us, and so to hold us further accountable and to say, 'Why aren't you all jumping into the fire at the same time?' was a pretty gruesome thing to watch."

And finally, she acknowledged the positive examples of men in Hollywood who say they are waking up to the sexism and violence women encounter everyday in the workplace and in the world:

"There are many amazing men in our business, and as soon as all this happened, I received so many emails from first ADs and a sound mixer and Hart Hanson who created Bones, these men wrote to me and said, 'I cannot believe I've been existing this way, and I will never run a set the same way again. I can never un-know what I know now. And that's huge for a business with such a systemic problem."