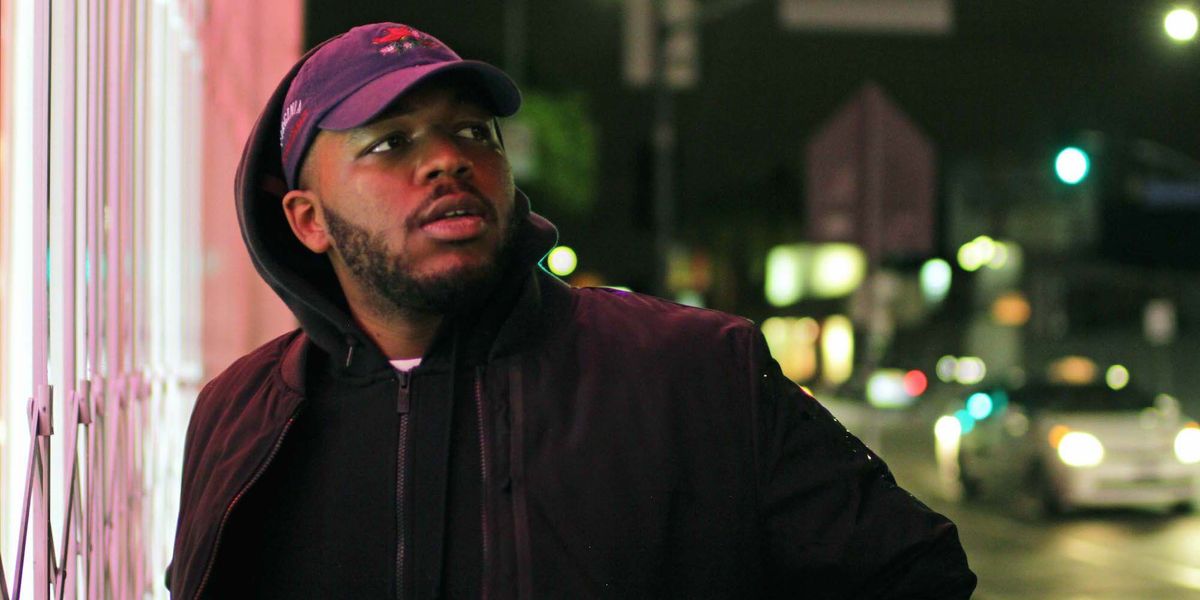 After finding himself at the center of last year's biggest hip-hop feud, Quentin Miller steps out to reclaim his voice.

Quentin Miller is breathing heavily through phone static on the other line, not because he's deep in thought or trying to keep himself from getting angry over intrusive interview questions -- he's walking up stairs. Once he finds a quiet place to begin our interview, the rapper's apology is as languid as his voice: "Sorry. Stairs." He didn't answer my call to brag about himself or discuss Drake (definitely not), he just wanted to tell the world who Quentin Miller, the man behind the curtain, was about.

Miller's recent rise to fame was ignited last summer when Meek Mill cited him as Drake's ghostwriter on Twitter. While the allegations spurred a lot of attention towards Miller and his own underground musical projects, it also sparked a discussion on the importance of authenticity in rap music, something he takes very seriously.

From Kendrick Lamar coolly singing, "I'm real, I'm real, I'm really, really real," to Nicki Minaj chanting "bitch, I'm me!," it's no secret that authenticity is essential to writing true hip-hop music and is a mark of honor among rappers. So how does Quentin Miller, the man whose rise to fame was sparked by ghostwriting rumors, somehow remain a paradigm of authenticity? It's the only thing he knows.

In hip-hop, everyone's got a city to rep. A rapper's hometown, like all people's, is the foundation of his or her unaffected identity. To establish (or restore) authenticity, rappers reference their hometown in their music, just as Kanye does with Chicago, Kendrick Lamar does with Compton and Jay Z with Brooklyn. But for Miller, his hometown of Atlanta, Georgia provides more than just a sense of place or a connection to a community. In his eyes, there's something unique about "The A." "We're not too worried about Billboard 100 and what's the most popular," he says. "We've always been on our own ways and have always had our own uniqueness and sound." He mentions Raury, iLoveMakonnen, and even his own hip-hop duo, WDNG Crshrs, as examples of Atlanta artists who aren't afraid of being different in what can increasingly feel like a homogenized music industry. Along with encouraging individuality, as the birthplace of trap music, Atlanta also has a history of delighting in its often overlooked reality and exposing listeners to the necessary details of its culture through music.

While his solo work remains a platform for him to express his own thoughts and concerns, like supporting his daughter and choosing money over fame, WDNG Crshrs, Miller's musical collaboration with his best friend, TheCoolisMac, seems to be a constant stream-of-consciousness, with their natural talent allowing rhymes to effortlessly roll off their tongues. The duo started the project about a year ago after Miller was dropped from his label, Epic Records. WDNG Crshrs was a way of keeping "the passion of music in there for because it was fun … and [we] had nothing to lose," Miller says. While his rise to fame continues with features on tracks from artists like Travis Scott ("Go Off") and Pusha T ("Bussin' Moves"), he asserts that WDNG Crshrs is "never going to change to a formula of pleasing people."

While his heart is in WDNG Crshrs and his own creative work, Miller also uses his lyrical talent to write for other people, although he absolutely does not consider himself a writer. To him, that's more of a job. But how could an underground rapper who struggled to hit 500 plays on Soundcloud pass up an opportunity to work with Drake? Like writing with TheCoolisMac, writing with Drake was so natural because they were "both on the same wavelength," he says. It was the biggest project that Miller had worked on and hearing his songs played on the radio by one of the most popular artists in the world, he says, "who wouldn't wanna be happy about that and proud about that?" But ghostwriting rumors are not taken lightly and although Drake was able to weather the accusations and come out seemingly unscathed, it was his collaborator -- Miller -- who seems to have born the brunt of Twitter's ire, leading the artist to decide to wait for the drama-ridden hype to die down before re-approaching his own work.

Amidst these rumors of writing for other people, though, the hip-hop artist still manages to stay true to himself. He's no longer in it for the fame not only because of the traumatizing situation over the summer, but also because he says it doesn't fulfill him as an artist. Since forcing himself into being what others want has proven to fail, he's decided now to focus on what comes naturally. In explaining his writing process, he states, "I really work better if a producer gives me a lot of beats. It depends on my mood and what kind of substances are in my body that will determine what kind of beat I will work on that day."

While much of his success has thrived off of his nonchalant approach to making his music (i.e. his stream-of-consciousness writing style, the levity of WDNG Crshrs' lyrics, and his method of dropping new songs every Wednesday on Soundcloud), for Quentin, 2016 is about taking himself and his work seriously. Quentin's new track and its accompanying video, "Potential," is his final solo hurrah before disappearing into the depths of the recording studio to work on his first official album, which he plans to title, Falco. He calls this disappearing act "the Frank Ocean." Miller and Ocean first met a while back when they were both flown out to New York to give a showcase for Def Jam Records. Ocean was the only one who got the record deal. Still, Quentin says he only has admiration for his fellow artist. "I don't know if anyone watched Pokémon, but he's like the Mewtwo of music," he says. "Like, he's rare as shit."

As our call wraps up, it's clear Quentin Miller is ready to prove that he's more than just a writer, a collaborator, or a Soundcloud artist and that he's got ambition. "I'm going to go mainstream at some point in my career because I want Grammys," he says, "Yeah, I want Grammys."