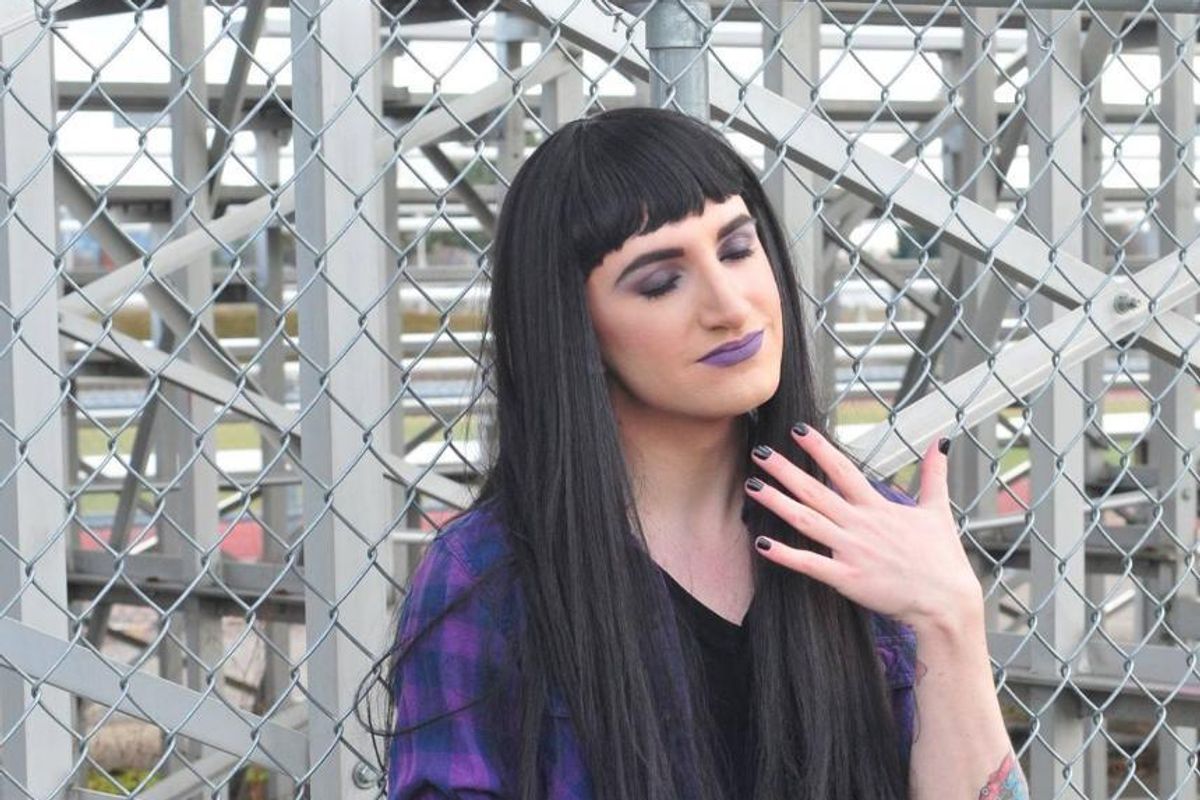 In a Tumblr post that went viral last night and today, Queer rapper Michete said Facebook took down their post about the Orlando shooting and banned Michete from posting for 24 hours, effectively silencing "queer and trans voices" who dare to speak out. The original post says, among other things, "I am honestly not here for fake solidarity. If you're going stand with us today, stand with us everyday."

Directed at straight people, the post ruffled some feathers but was not offensive. It's often the case that marginalized people have something to say and their tone is considered not polite enough for the majority's feeble sensibilities--that is the case here. The post was simply an innocuous, direct call to action, imploring straight allies to walk the walk as much as they talk the talk.

Soon after the original post got deleted, Michete took to Tumblr, Facebook and Twitter to post the original screen shot and clap back at the deletion of the post, writing passionately via their Tumblr, Rap Game Kimmy Gibbler, "Apparently queer and trans people aren't allowed to be angry about tragedies that happen within our community and we're not allowed to encourage straight people to hold themselves accountable in any regard."

We spoke to Michete over Facebook after their reinstatement for the full story. In their words:

My takeaway is that whoever is in charge of what gets moderated on Facebook, whether it's some type of automated thing or a person doing it, needs to do a better job. Sometimes people are bothered by something because it's the truth. Social media as a platform for marginalized voices is SO important and I'm really disappointed that Facebook doesn't do a better job of making sure that we are heard. There are people in the world who would want to silence us and stifle us from speaking out about our own experiences and social media platforms need to understand that and cater accordingly to the marginalized groups who are the most often silenced and whose voices need to be heard the most.

Facebook's moderation is known for being faulty, which could be a problem with algorithms or a diversity problem. But that's sort of beside the point, Michete says. The point is: The will of the majority should not dictate outcomes for queer people.

Maybe they need to employ more diverse people in that department, I don't know. Facebook needs to realize that when marginalized people speak out about our own experiences and our own oppression, there are going to be people who are bothered by that. Just because a bunch of straight people decide to flag something doesn't mean it's offensive or inappropriate.

Michete, who is overwhelmed by the support, wants more people to bump up against the silence and erasure of queer folks.