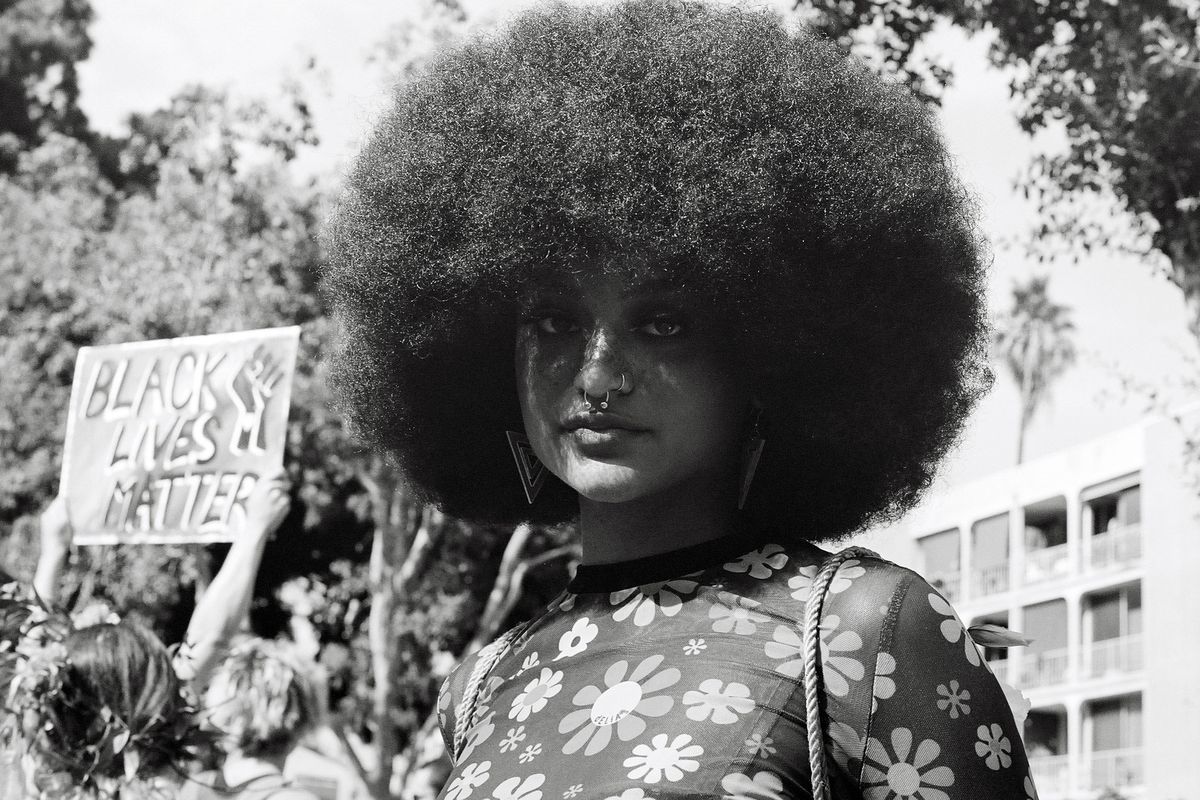 This Cali BLM March Was the Antidote to Corporate Pride

While NYC was rightfully turning corporate Pride into protest with the Queer Liberation March on June 28th, the same was happening on the West Coast. After seeing several LA Pride events organized alongside the LAPD and neglect to include the Black Lives Matter movement in their planning, seven organizers banded together to create Queer Pride 4 Black Life in Long Beach.

"Our goal for this event as queer, trans and GNC folks was to align ourselves and uplift the demands of Black Lives Matter," Adams told PAPER, "and to continue to do the work of the Stonewall Uprising and create a space to center Black folks within the queer community."

To do this, Adams said it was crucial that Queer Pride 4 Black Life make their gathering as inclusive "as it should be," because "revolutions have always included sex workers, disabled folks, Black queers, and trans and nonbinary folks."

In a speech during Sunday's event, Adams called out the corporate commodification of Pride, reminding the audience that "Pride started as a riot." He continued, acknowledging the "Black and Brown trans folks, and the butch dykes" that sparked the movement for LGBTQ+ rights at Stonewall, "a bar nobody wanted to go to."