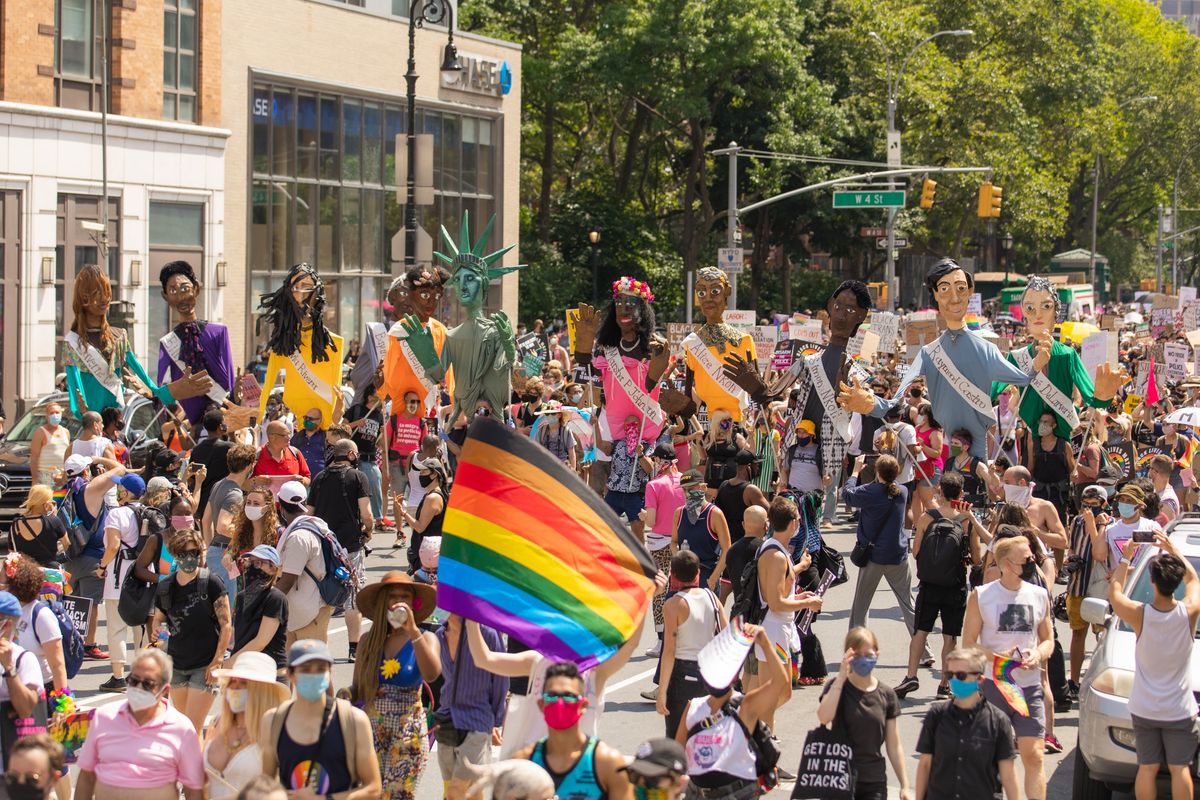 This year, Pride wasn't canceled — it was reimagined. On Sunday, June 28, the Reclaim Pride Coalition organized their second annual Queer Liberation March, this time specifically dedicated to defunding the NYPD and protecting Black trans lives. The March began in the early afternoon at Foley Square and was also live-streamed on the organization's website for those who couldn't attend in-person.

According to the event's Facebook page, Reclaim Pride was marching for the "immediate defunding, dismantling, disarming and reimagining of police forces," in response to the police murders of George Floyd, Breonna Taylor, Layleen Polanco and numerous others, along with the countless violent deaths of Black trans men and women, like Dominique "Rem'mie" Fells and Riah Milton. The organization demanded a 50% reduction in the NYPD budget, and proposed those funds be invested in housing, healthcare, education and reparative and restorative justice for Black and Brown communities.

The peaceful protest took a turn when NYPD officers showed up, pepper-spraying protesters, using unnecessary force and arresting individuals for graffiti, according to Gothamist — ultimately reinforcing the March's mission.

The NYPD also had helicopters circling above the March, which ran from Lower Manhattan through Stonewall Inn and concluded with the rally in Washington Square Park. One witness was quoted as saying the NYPD was "going ballistic," adding that "The situation was at a point where this was almost Stonewall 2." Pre-police intervention, attendees said the mood resembled more of a joyful dance party.

See photos from the Queer Liberation March, below.