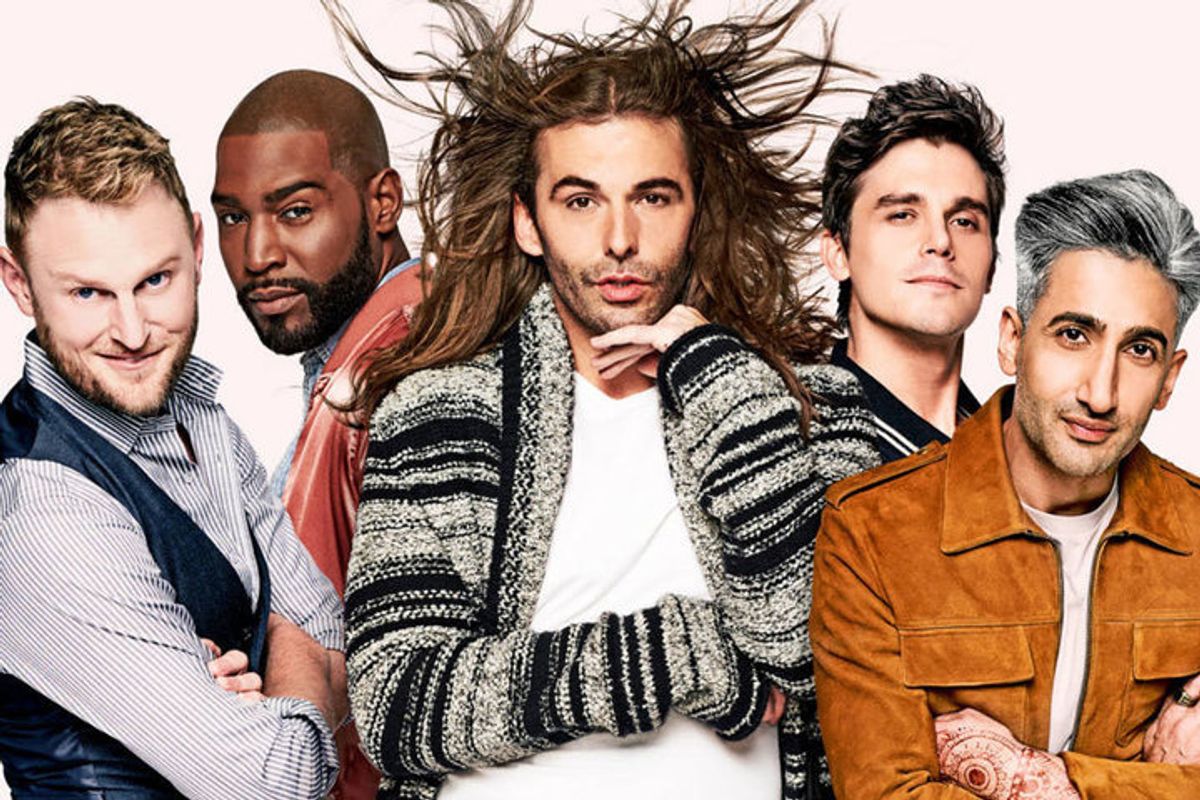 Can You Believe? 'Queer Eye' Renewed for Season 3

Hang on to the password to your ex's friend's cousin's Netflix account. Queer Eye just got renewed for a third season! The show features five co-hosts, Antoni Porowski, Bobby Berk, Karamo Brown, Jonathan Van Ness, and Tan France, all of whom will return for the next season. The third season will contain eight episodes and will be filmed in Kansas City starting Monday, July 16. It will premiere on Netflix in 2019.

The show, which is a remake of Bravo's Queer Eye for the Straight Guy, has received widespread critical acclaim. The news of the season's renewal comes the day after the show received four Emmy nominations in structured reality program, casting, picture editing, and cinematography. The show's grooming expert and arguable fan favorite Jonathan Van Ness flipped out when the news was announced in an adorable video that predictably went viral:

JVN's reaction to finding out #QueerEye AND #GayOfThrones scored Emmy noms this morning is too pure — and then ther… https://t.co/bOJQTh7DE4
— Jarett Wieselman (@Jarett Wieselman)1531416402.0