Queer Eye for the Queer Guy 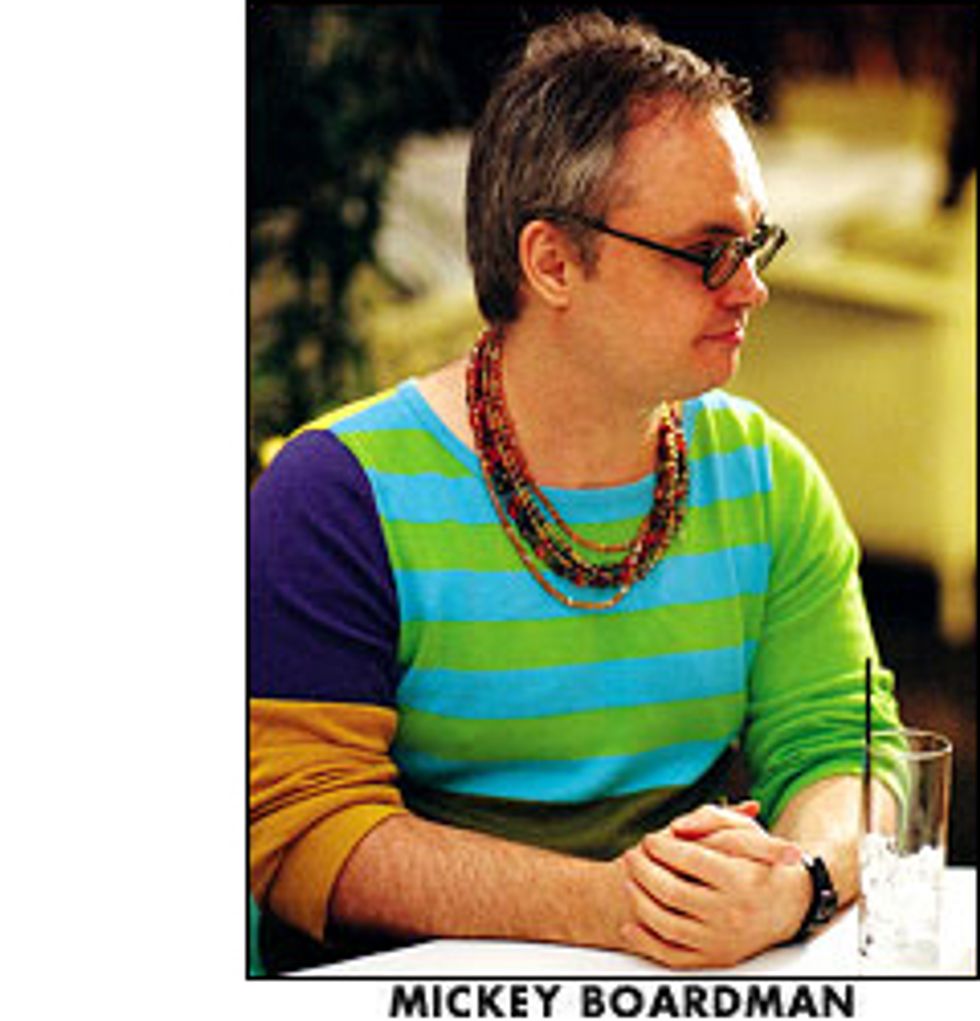 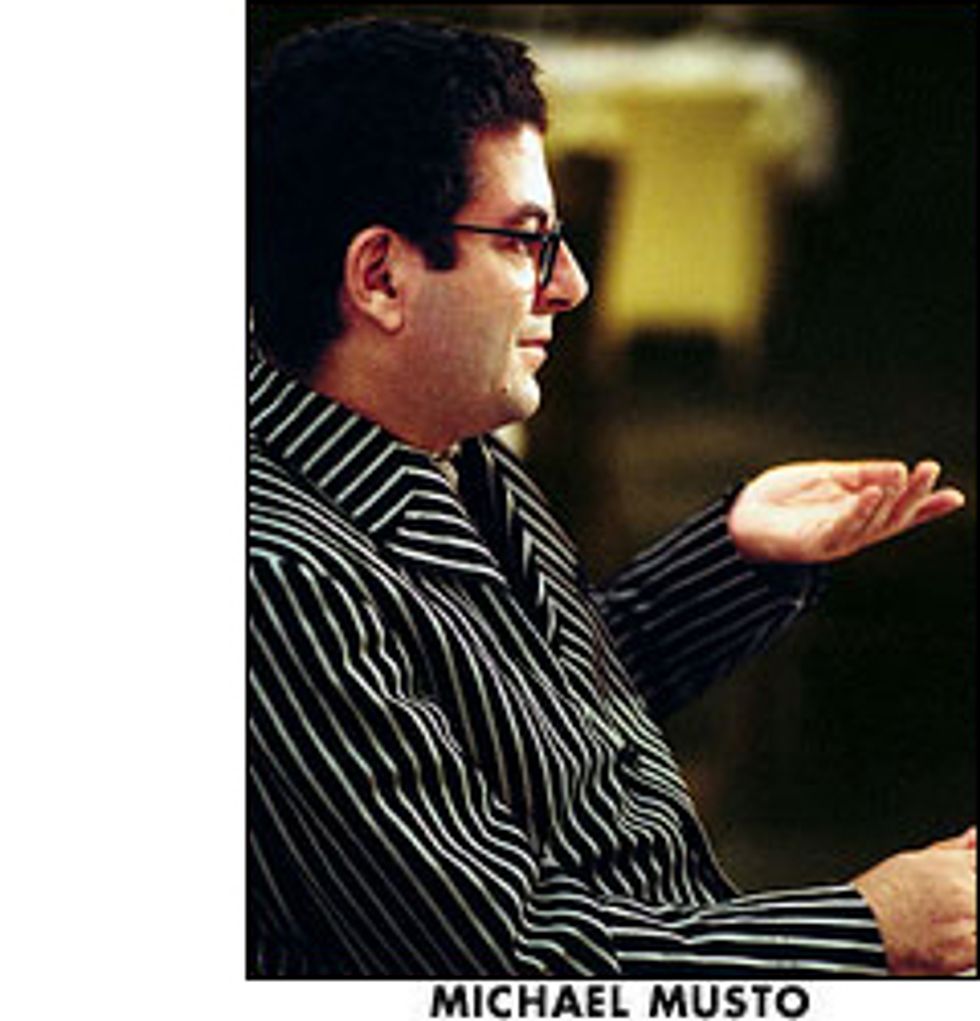 In the wake of the mind-scrambling success of Bravo's Queer Eye for the Straight Guy, Paper assembled a roundtable with high-end homos who auditioned to be in the fab five but were ultimately rejected. listen in as they discuss the show, their bad auditions and the role of gays on television, from Bewitched's Paul Lynde to Queer Eye's Fagulous Five.

Our panelists are:Mickey Boardman of PAPER magazine; Michael Musto, gossip columnist for the Village Voice and regular commentator on E!, VH-1 and virtually every other channel; Robert Verdi, co-host of Discovery Channel's Surprise by Design and Metro TV's Full Frontal Fashion; and Billy Erb, bon vivant and former costumer of Sex and the City.

Mickey Boardman: What did you first think when you heard about the show Queer Eye for the Straight Guy?

Billy Erb: Great idea, but I hate the word "queer." I went to my audition and was like, "Oh well, this is a washout, because they're idiots from L.A."

Michael Musto: I actually like the fact that queer is in the title of the show, because people are running around saying "queer" now like it doesn't mean anything. And that's the ultimate goal.

I remember watching Friends one day, and there was a commercial for Queer Eye in the middle of the most important sitcom in America! As wrong as things are, I think that was a historic moment in television.

Michael: Something about the show really appealed to people from the second it started. My phone was ringing off the hook: "Queer Eye, Queer Eye, Queer Eye." I wrote in my column that there was going to be a show, and I explained the premise. I called it My Fair Straighty -- sort of like My Fair Lady. I thought the premise of the show was appalling and stereotypical and wrote a letter to the casting agent begging to be on it. But I think I was way too nasty during the audition. They said they wanted it to be like E!'s Fashion Emergency, with heart. However, the tape that they showed us before was so obviously slanted against the straight guy, as if he had no taste whatsoever. So I went in there like gangbusters and said he needed a total makeover from head to toe. But I kept reminding them that I'm well aware that I need a makeover myself and that my house is filled with Elvis lamps and 99-cent tchotchkes. I'm the last person who should be telling him what to do.

I had heard about the show, and I thought, "Oh, no, I hate makeovers." I did Ricki Lake once, and I loved all the slutty "before" looks! We'll have to cut that, because I want to be on Ricki again. Go, Ricki! I'll do anything for anykind of publicity. I dressed a little bit like a freak, and I told stories that I shouldn't have told about my personal life that I thought were amusing. I immediately felt that it wasn't going to work for them. I was with this guy from Tommy Hilfiger, and he seemed to be exactly what they wanted. He was saying how he thought Steve McQueen was the ultimate American male style icon. I love Steve McQueen, but I would never think of him as being a great dresser. I would mention Liberace or Siegfried and Roy.

Michael: At the end of my audition they said, "Give us a hip tip," and I said, "Sample sales and Fischerspooner." I thought they were going to vomit.

Robert Verdi: I think that I was in many ways too similar to Carson [Kressley]. I'm a little more gregarious and outrageous than the other four they have on the show. I think Carson is really funny and good on TV, and I don't begrudge him. I am happy to not be doing the show, but I think it's been incredibly beneficial to the gay community.

Mickey: Michael and I were at Avalon the other night, and I said, "Look out across this room full of boys in T-shirts and baseball caps and tell me why gays have a reputation for having good taste." Is that just another stereotype?

Billy: I don't understand why gays are supposed to have better taste. They should have called it "Good Gay, Bad Gay" and gotten rid of all the straights. Just let the good gays fix up the bad gays, pry the Abercrombie caps off their heads and redo them. And who cares if you're gay or straight?

Robert: Simon Doonan says that for anyone to argue against Queer Eye is insane, because you're arguing with a positive stereotype. But I still think this stereotype is particularly damaging. He's saying that the show furthers the idea that gays are wonderfully tasteful, and they can help people in need. Then why should we fight it? TV is very funny when it's the ground for any marginalized groups. Look at Good Times and black culture, where all the women were sassy like Wilona. But then look at the Jeffersons: Who did the pretty black woman marry?

Billy: And then they had Lenny Kravitz.

Robert: Right. But there's an evolution that brings you to that. I mean, the pendulum swung the other way and became idealistic: It became the Cosbys. But it's leveled off now. We as gay men are still very limited. There's a very limited stereotype that we live in.

Michael: Do you feel that on Queer Eye the sexual-harassment jokes aimed at straight people are detrimental or okay?

Robert: Carson's always saying, "You can have one of us," while sticking his hand in their pants or getting on his knees. The way they edit it makes me feel that they're exploiting him. Another stereotype about gay men is that all we do is have sex and that all we're interested in is converting everybody. It makes me uncomfortable because people might read that wrong.

Mickey: Let's talk about the history of gays on television. Were there gays on TV when you were a kid, and how do you think they were portrayed as opposed to today?

Robert: It was always Paul Lynde on Bewitched.

Michael: Phil Donahue really changed the face of gays in America. He did show after show on them.

Michael: To me, the landmark event in gay TV was the Mary Tyler Moore Show. One single line of dialogue changed my entire life: Phyllis' brother came to town and was hanging out with Rhoda. Phyllis was going crazy, afraid that Rhoda was going to marry her brother. Rhoda goes, "Don't worry, he's not for me." And Phyllis goes, "What do you mean, 'He's not for me'? He's bright, he's handsome, he's charming." And Rhoda goes, "Phyllis, he's gay." End of show. And it was just tossed off like that, done with such casual sophistication that it spun my head around.

Mickey: Do you think we've made any strides with how gays are portrayed, or are we still the comic relief?

Michael: The network pulled the plug on all promotion for Ellen and said, "Oh, the show is just not funny anymore." It wasn't true; it's just that they had stopped promoting it. The network got scared of Ellen, because she and the character both came out. Then Will and Grace decided to get the gay thing over for the public by mixing it with a straight woman. That was actually a brilliant move.

We're on the cusp of something great. Look at Will and Grace: Jack -- boy-chasing, Cher-obsessed, show-tune-singing, flippant, irresponsible, quick-witted -- that's what everybody wants. With Will, America can look at this character and think, "Oh, my God, I can't believe he's a gay. He's just like us."

Michael: Except that we are all sexual beings, and a lot of these characters on the show are not. They're still afraid to give Will a boyfriend. That would scare Middle America. It's a show about a guy who doesn't have a boyfriend.

Robert: He has a girlfriend named Grace.

Mickey: What would you like to see on television? Do you want to see gays who don't even talk about being gay?

Billy: Yeah, I'd rather not know. I'd just like to see people. Unless there's some drama that involves their sexual preference, what's the difference?

Robert: That's what I'd like to see. Six Feet Under has the best representation of that.

Michael: I was happy to hear that Graham Norton's talk show is on Comedy Central. He's not afraid that he's gay, he exudes a gay sensibility at all times, he just is. He's a talk show host, he's funny, and he happens to be gay. But I'd also like to hear more gay issues discussed on TV.

Michael: Political gays are not welcome on TV. We're welcome to be Paul Lynde; we're welcome to be Liberace. But if you really start speaking out about being gay or what the gay issues are, you're militant. We haven't come that far since the '60s. I got grief over and over again at the Metro Channel. People would say, "Please tone down your sexuality. You're pushing a gay agenda." Yeah, I was pushing a gay agenda, but it wouldn't be a problem if anyone else was talking about civil-rights issues.

Mickey: There was an article in the September Details that really burned me up. It was called "Is There Such a Thing as Too Gay?" This writer said that he thought Steven Cojocaru is really bad for gays, because he's a throwback to the old-school kind of gay, a mincing Paul Lynde type. Did any of you read that?

Michael: Steven Cojocaru was asked the question, "Are you gay?" He kind of avoided the question and said, "Huh? I don't believe in labels."

Billy: He does believe in labels. He's always wearing Chanel!

Michael: That article in Details offended me. It harbors back to Chastity Bono saying Ellen was too gay. There's no such thing as too gay. As a flamboyant, trivial queen myself, I often get this "get in the back of the bus" kind of attitude, which means you're not "good enough" to promote the gay community. Meanwhile I'm on every TV channel, so I'm doing a better job driving the bus than most of those who are criticizing me. Not to pat myself on the back.