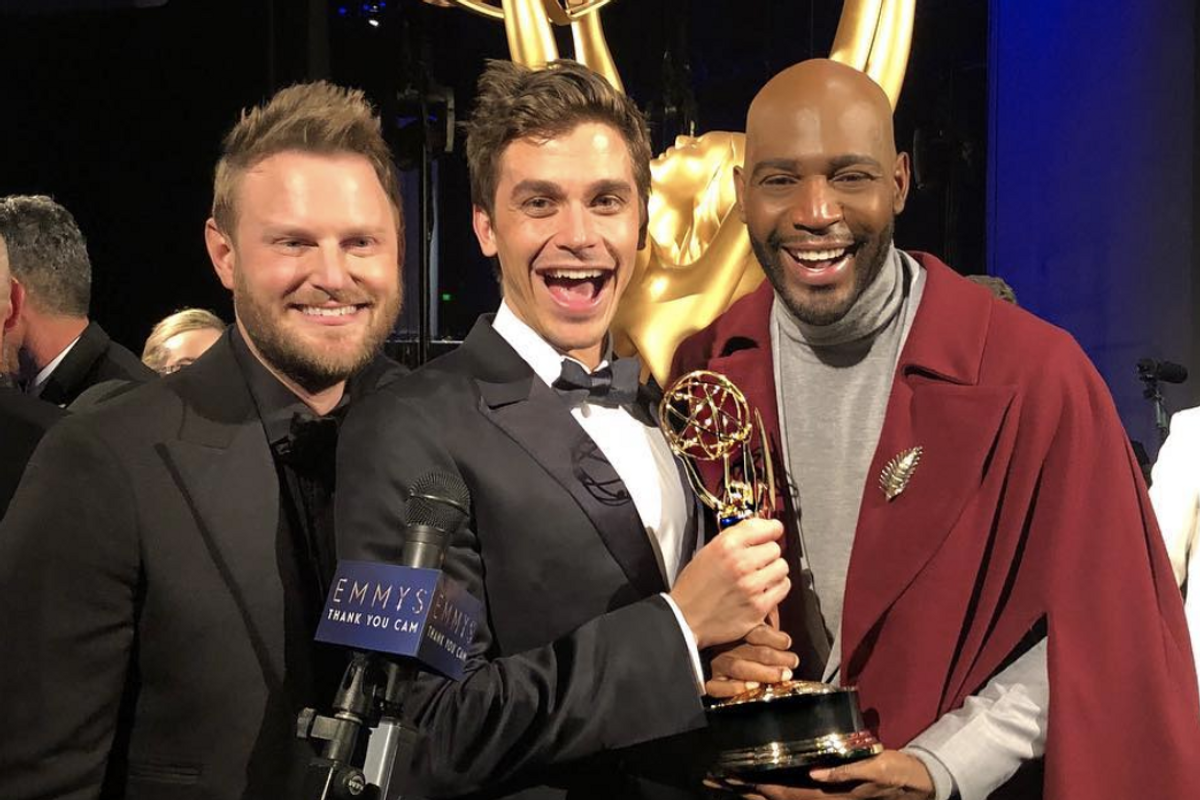 Said cast members made the most of their red carpet experience last night, with Jonathan Van Ness notably wearing a sheer dress and Karamo a striking burgundy cape. They also got to hang out with Chrissy Teigen, who was there to support newly-minted EGOT winner John Legend, as well as Heidi Klum and Tim Gunn.

"This show is so important, thank you for what this Fab Five are doing to help the LGBT movement," the show's creator and executive producer David Collins commented when accepting the Outstanding Structured Reality trophy.

The original Queer Eye for the Straight Guy also scooped up at the Emmys back in the day, including an Outstanding Reality Show trophy at the Primetime Emmys in 2004.

The next season of Queer Eye, to be filmed in the Kansas City area, will screen on Netflix next year.