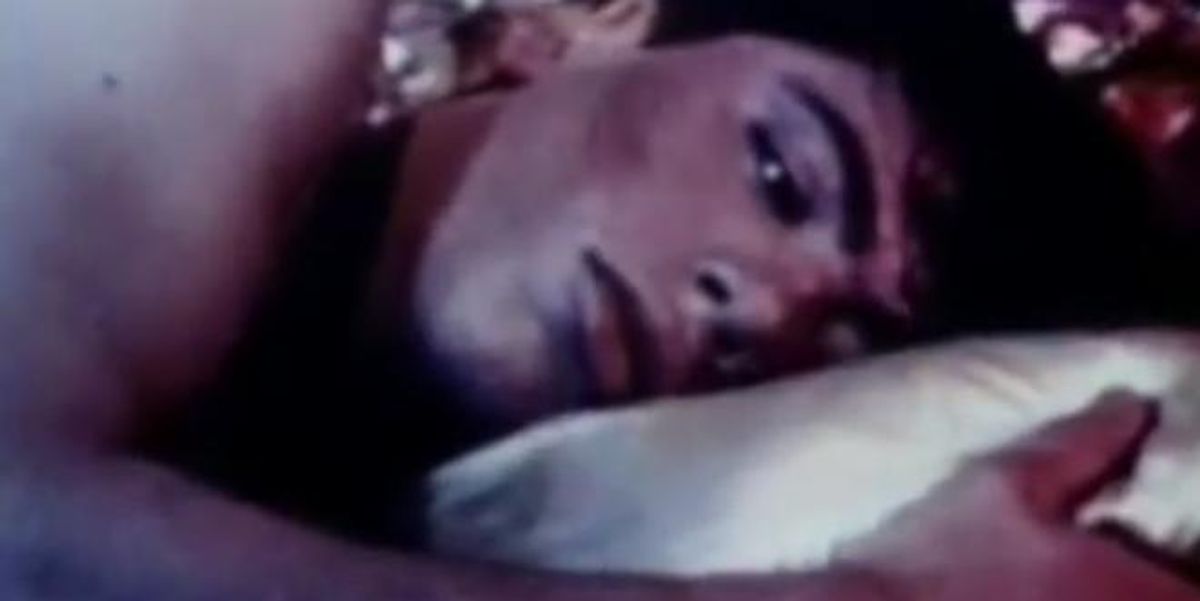 Robert Whitehead, a poet and translator in Brooklyn, has launched a Kickstarter to fund his very ambitious project called "The Queer Bible;" Whitehead hopes to translate and filter the Bible into a more queer-friendly and inclusive one.

In a video featured on his page, Whitehead splices together found footage of queer-centric films and imagery, while narrating a gorgeous recounting of sexual genesis--based on the actual text of Genesis from the Bible.

The Queer Bible is my reclamation, through translation, of the queer mythic potential of Biblical stories. I want to make an inclusive, celebratory space within the text that undoes the implicit sexism, misogyny, heterosexism, hierarchical oppression, slut-shaming, etc. and reconstitutes the feminine, the queer, the outcast, the strange.
I believe the Bible is a remarkable text. I admire the faiths founded on it. This project is in no way an argument against one religion or another. I am not working in theology, not attempting a queer evangelicalism-- instead, I am working in the poetry, the language, the narrative technique, the myth, and the mystery of the Bible to determine how it can work in the context of queer theory, progressive politics, and contemporary poetry aesthetic. I am making a radical translation that is radically inclusive. And I want you to join me.

Whitehead's sense of urgency comes in the wake of the continued crisis of Bible and religion-based laws still being used to discriminate against LGBT people.

Unfortunately, the Bible has been misused by religious, political, or cultural leaders and institutions to negatively influence the lives of queer people. Recently in the US, a county clerk in Kentucky started a national conversation when she refused marriage licenses to same-sex couples on Biblical grounds. In Omaha, NE, religious affiliation and Biblical teachings are being used as arguments to keep young people from receiving comprehensive sexual education that includes information on gender identity and sexual orientation. A religious university in Portland, OR, wants to ban transgender students from their campus and is using the Bible to back it up.

That's only in America, and only the stories being reported today. Ours is a country that has long seen the policing of queer bodies and sexualities as a cultural and moral imperative, a perspective often informed and supported by a conservative, Biblically-oriented cause of "religious liberty." There are many churches still preaching hatred of LBGTQ people from the pulpit, or including discriminatory practices against LGBTQ families in their belief systems. There are still religiously-affiliated campaigns to keep municipalities from protecting LGBTQ people in housing or workplace discrimination.

He sees this project as a statement of empowerment.

Considering the overwhelmingly negative and backwards forces conspiring against LGBT community and all women in this current presidential race, this endeavor feels as timely as ever.