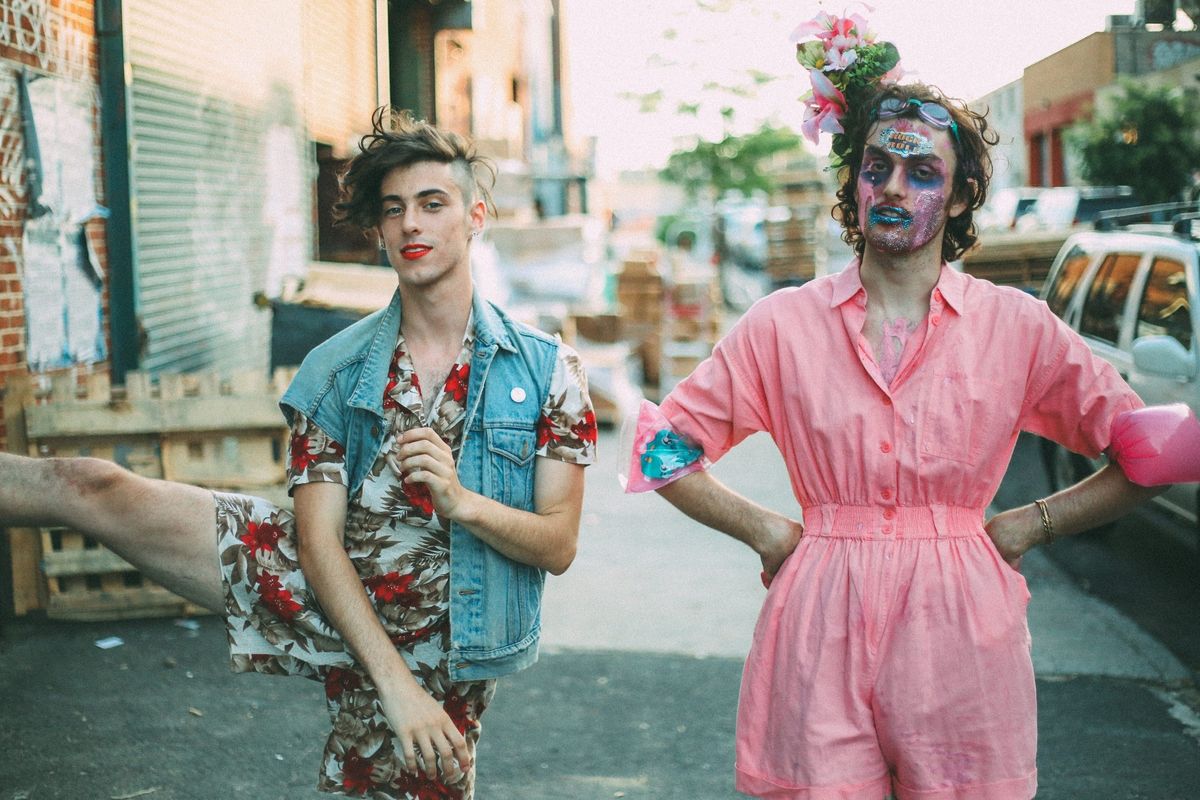 Brooklyn duo/queer heroes PWR BTTM (Ben Hopkins and Liv Bruce) headed down to Florida over the weekend to grace the southern state to play the crashing, glossy rock from their excellent debut album Ugly Cherries.

Playing a show at Blackbooth in Orlando, the band, decked out in their staple looks--"Kabuki falling down the stairs into a Wal-Mart craft store," as Ben once told PAPER--took time between songs to share their thoughts on last week's horrific shooting that occurred at Orlando's gay nightclub, Pulse, where 49 people lost their lives.

To honor the victims, and to spread PWR BTTM's message of inclusivity and self-liberation, Liv played a stripped-down acoustic cover of "Somewhere Over the Rainbow."

Speaking to the crowd, Liv stated:

Ever since Sunday of last week, we've been adding this cover to our set, and every night at our shows we dedicate it to people affected by what happened at Pulse. We usually go on some sort of speech about that, but I feel like there's nothing I can say to you that you haven't heard already. So I'm just going to play it. All I want to say is that, to me, this song has always been about queer space and being surrounded by people who understand you. And that's what I feel tonight.