As a genre, science fiction has always been a space for working out our questions, hopes, and anxieties about the future — it's a locus for what happens when we imagine possibility, utopian or dystopian. Even though sci-fi is typically set in the future or an alternate reality, it tells us a lot about our present conditions. TV shows like Star Trek tried to explore race relations, gender, and militarism in the 1960s, at a moment when progressive social movements were suggesting alternative ways to live, and throwing cultural anxieties into stark relief by picturing the future.

Even so, much of sci-fi has been imagined via the white male lens, and when we think of the genre's obsession with technological innovation and progress, it is tinted with shades of imperialism; the impulse to create 'new worlds' can at once suggest social justice and colonial missions. What happens when those who have been left out of — and often hurt by — these narratives, imagine what sci-fi looks like to them?

In a new exhibition at the Queens Museum in New York, 30 Latinx artists have drawn on conventions of the genre — technology, time travel, space exploration, utopia/dystopia, "aliens" — to intervene in ongoing colonial narratives and suggest worlds where different societies can cohabitate peacefully, particularly at a moment where immigrant futures are uncertain. Mundos Alternos: Art and Science Fiction in the Americas was originally staged at UCR ARTS at the University of California, Riverside and its travel to the Queens Museum interlocks with the museum's history as the venue for two New York World's Fairs, in which technological development and globalization were tentpole themes.

Using the profound grammar of sci-fi to topple the status quo, here are five must-see pieces from Mundos Alternos, open now through August 18, 2019 at Queens Museum: 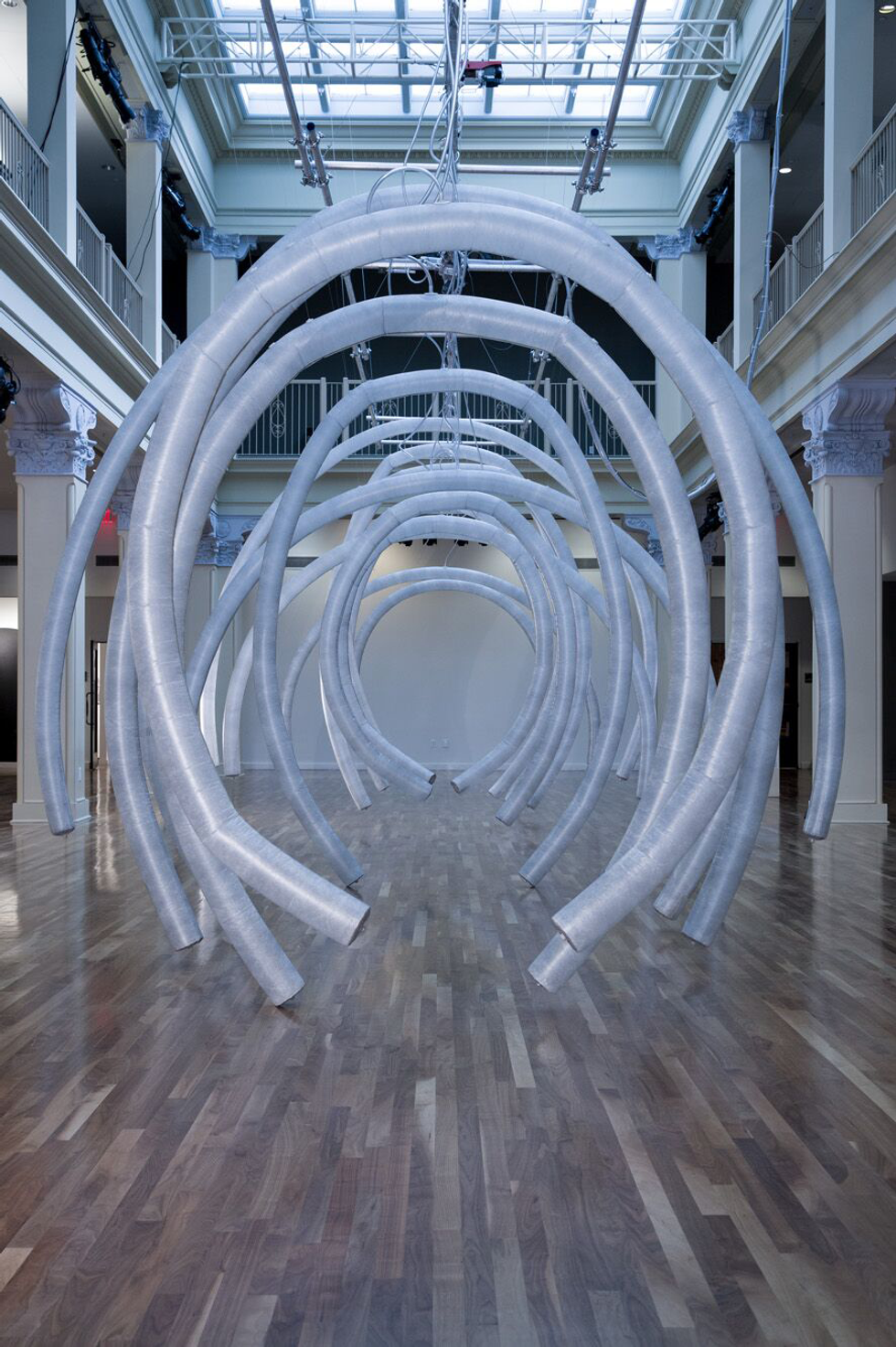 MacMutrie's high-tensile Tedlar fabric tubes resemble many things — a spine, intestines, or a tunnel might first come to mind — and they invite viewers to reconsider boundaries by stepping inside of the work and moving through space and time (queue Instagram Stories). As the tubes inflate and deflate at the behest of a central computer program, they chant with life-like breath; Organic Arches is never just one thing, and asks audiences to consider transgressing seemingly "stable" borders — those of art, time, space and the state. 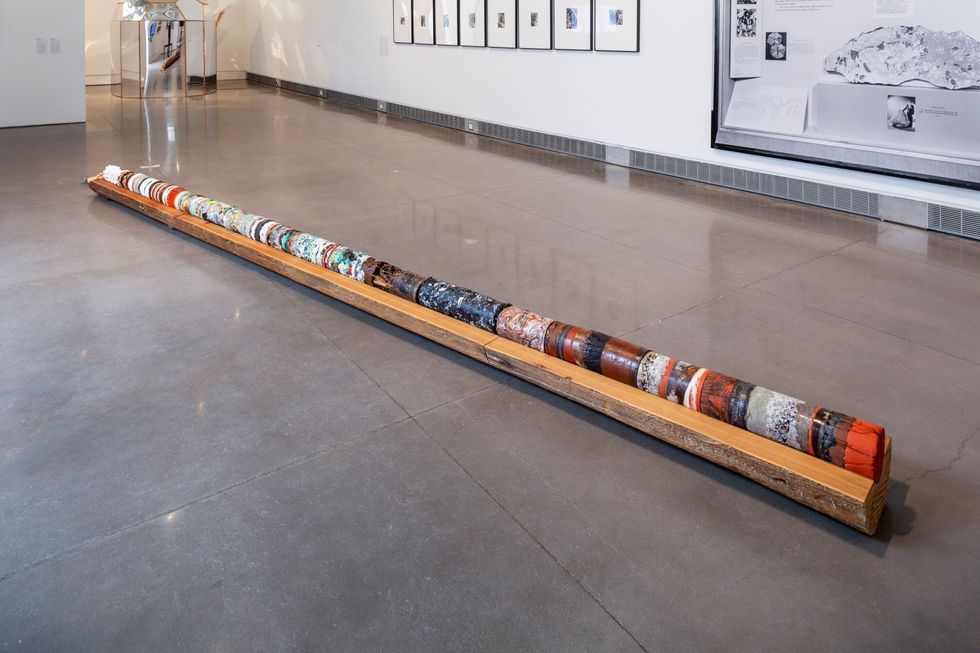 Tossin melted down her old rubbish to create this sculptural work, a speculative core sample of an earth marred by pollution. Speaking with PAPER about the synergy between environmental art and colonialism, she says that "anything that you consider 'other' and not yourself opens a space to create a hierarchical relationship between two parts. We are talking about the environment, and we think about it as this 'other' and not part of ourselves, it means that we can go there and extract as much as we need to serve ourselves."

By using materials that are ubiquitous today — like plastic bottles and electronic waste — in the sculpture, Tossin implicates our present-day habits in her rendering of what is to come. "If I start thinking that things are connected, that what I do to you or what I do to the environment effects me, I take responsibility upon my own actions and choices. If you don't think that what you do has an effect on the environment, it is just a posture that replicates what is needed to colonize anything." 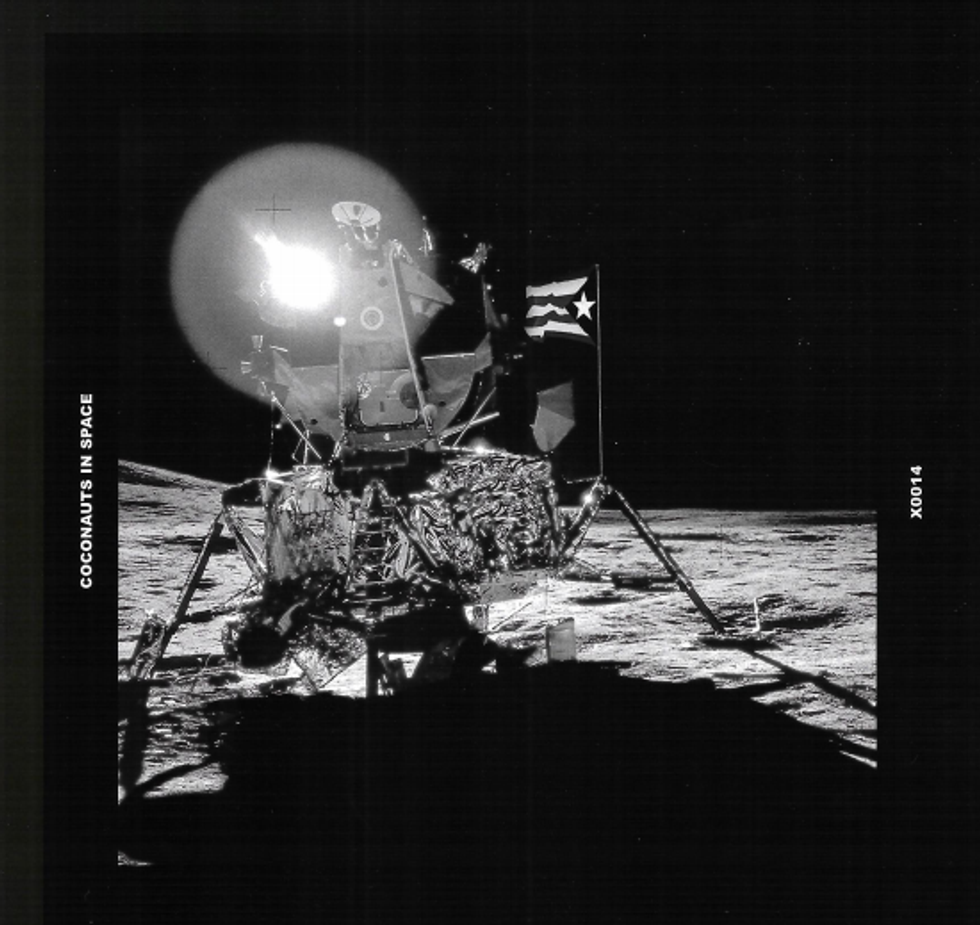 ADÁL. Coconauts in Space, 2016. Twenty prints on metal. 20 x 20 inches each. Courtesy of the artist

Nuoyrican artist ADÁL re-stages a key moment in the history of innovation, imagining what would have happened if Puerto Rican astronauts had been the first to reach the moon. Underpinning the photo series is the colonial relationship between the United States and Puerto Rico, wherein Puerto Rico has been exploited as a strategic site for American economic and military interests. It questions space travel's supposedly benign, exploratory mission and highlights the ways in which it is undoubtedly nationalist. Like other artists in the show, ADÁL also suggests that Latin America is a site of innovation unto itself, but has been mined and suppressed by colonial forces. 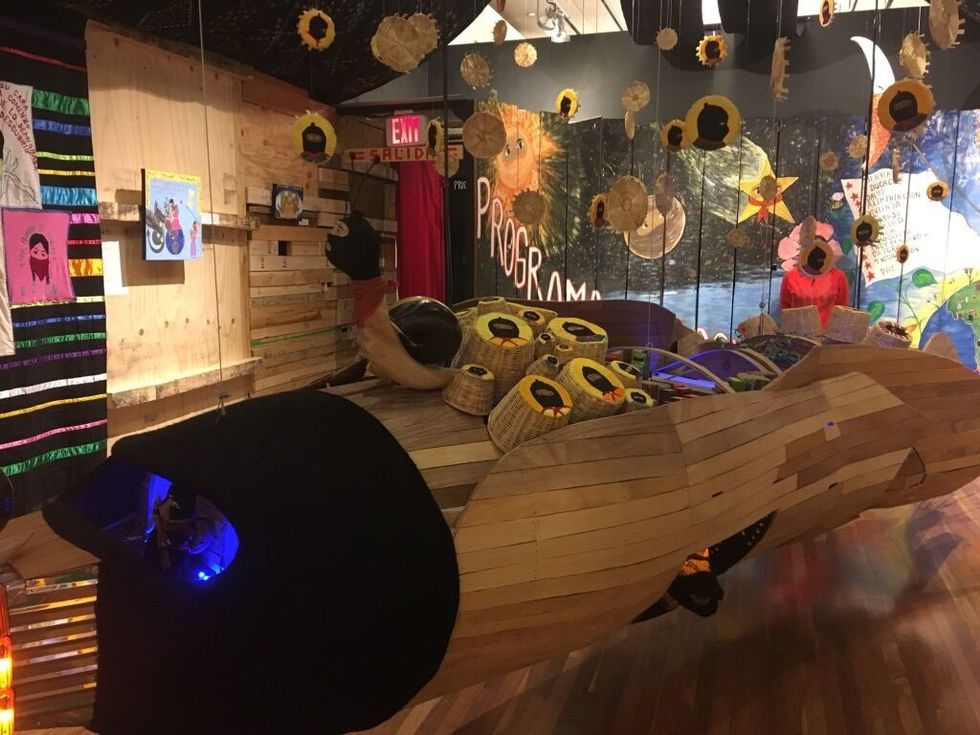 Rigo 23's immersive installation dovetails with Coconauts in Space by asking what a Zapatista space mission would look like. Rigo 23 has been collaborating with indigenous Zapatisa artists and artisans from Chiapas, Mexico to envision a future autonomous from the Mexican government and global oppression; in this iteration of the project, Rigo 23 asked Zapatista activists how they would travel to another galaxy. The artist built a large-scale model of a space ship complete with a women's health centre, corn and coffee fields, gathering spaces, and classrooms, suggesting that progress might be centered around community needs, rather than capitalist or imperial ones. Rigo 23 argues against the myth that indigenous folks are inherently concerned with returning to the past, but in reality are deeply concerned with forging a future. 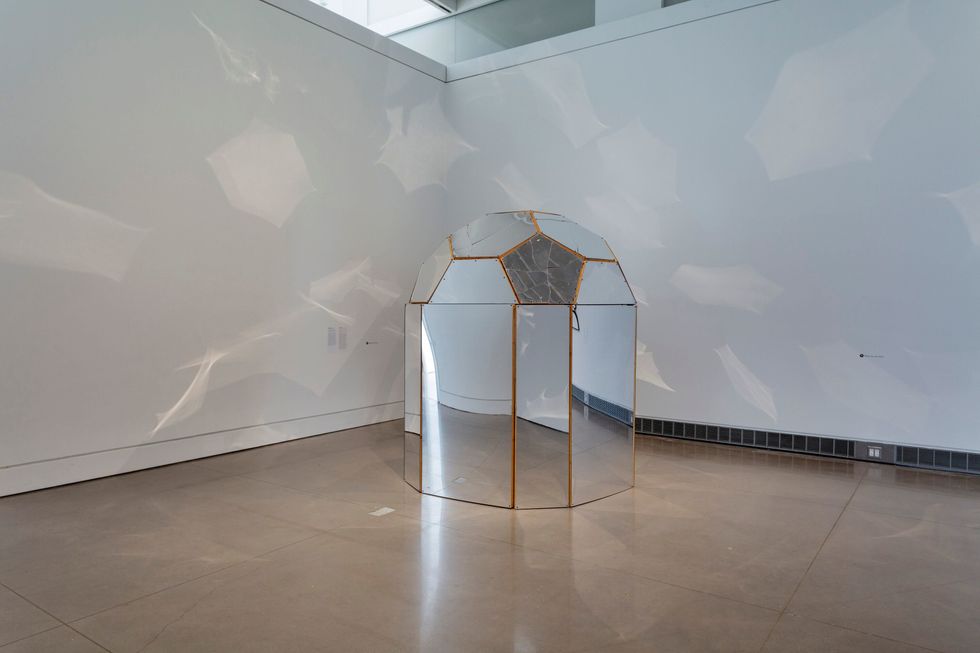 Cortez's installation emulates a pavilion, à la World's Fair, signaling the Western penchant for flaunting technology and imperial exploits. The exterior of the pavilion is mirrored and cracked, reflecting the gaze of the audience back at themselves and by extension, implicating them in the project's accusations, while hinting at resistance. Inside, a 1911 audio recording plays of Ishi, the last known member of the Yahi people in the Southwestern United States. Anthropologists at the University of California studied Ishi for the final years of his life and here, Cortez creates a time capsule, preserving his voice as a reminder of the 19th-century California genocide that destroyed his people and hauling it into the present.

Mundos Alternos: Art and Science Fiction in the Americas is on at the Queens Museum April 7-August 18.

Put This Sculpture of Uffie in the Louvre