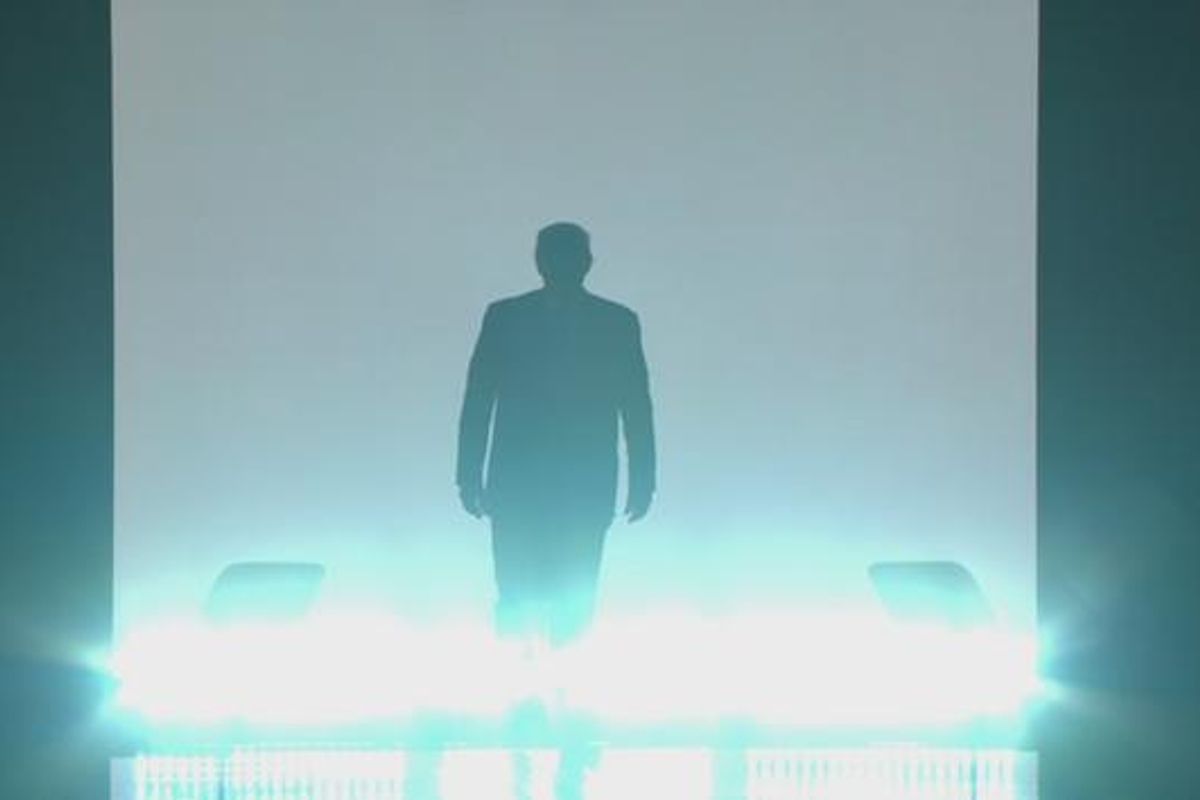 Donald Trump took toolbag to a new dimension last night, when he made his entrance onto the stage at the Republican National Convention in Cleveland, Ohio, to introduce his wife, Melania.

It's considered breaking tradition for a presidential candidate to appear on the first night of any convention, but this is Donald Trump we're talking about.

Trump manifested behind a pale green light--his undeniable garbage blob of a silhouette rousing the thousands of rabid Trumpheads from their seat, while Queen's immortal "We Are The Champions" blared over the loudspeakers.

Well, the late Freddie Mercury is being avenged by his earthy bandmates: Queen is not cool with Trump using their legendary victory anthem.

They made it clear with this blunt, to-the-point tweet:

An unauthorised use at the Republican Convention against our wishes - Queen
— Queen (@QueenWillRock) July 19, 2016

This isn't the first time Trump has been called out by famous musicians for exploiting their music.

During his campaign in the past year, at least six different outfits, including Rolling Stones, Adele, REM, Neil Young, Aerosmith, and Twisted Sister, expressed their disdain for their music being associated with the budding tyrant.

Michael Stipe--frontman for REM--used the Twitter account of his bassist, Mike Mill, to call out Donny Boy:

"Go fuck yourselves, the lot of you--you sad, attention grabbing, power-hungry little men. Do not use our music or my voice for your 1)
— Mike Mills (@m_millsey) September 9, 2015

Freddie Mercury is no doubt flipping the bird from heaven.