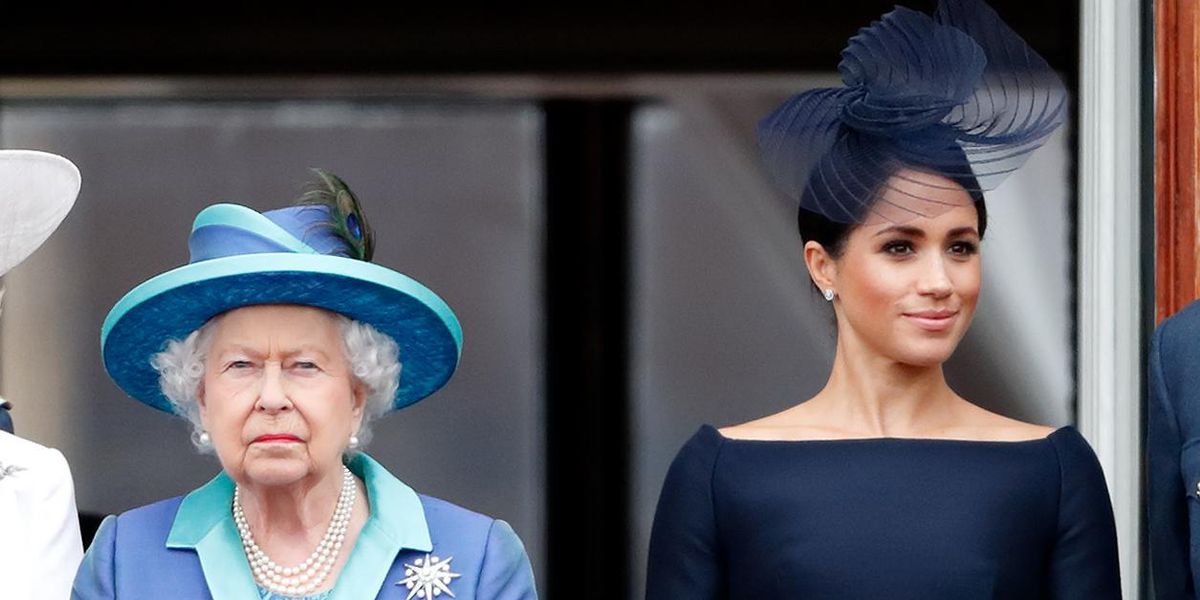 The Queen Responds to Meghan and Harry's Oprah Interview

The Netflix-worthy drama continues, folks. After taking some time following Meghan Markle and Prince Harry's bombshell-laden interview with Oprah Winfrey on Sunday night, Buckingham Palace has issued its official response to the couple's various disturbing allegations about their brief time as working royals.

Which, yes, means that the Queen has spoken. And not via Notes App statement, YouTube apology video or Red Table Talk appearance, despite the many memes that suggested she might go those routes.

Related | The Best Memes from Meghan and Harry's Oprah Interview

If you actually watch the interview, it's clear that neither Meghan nor Harry have specific beef with Her Majesty. Rather, they take issue with other unnamed royals (what's up, Prince Charles?) and basically... the institution of monarchy as a whole.

Still, the statement comes on the behalf of Queen Elizabeth, and it's brief, to the point and a little sad:

"The whole family is saddened to learn the full extent of how challenging the last few years have been for Harry and Meghan.

"The issues raised, particularly that of race, are concerning. While some recollections may vary, they are taken very seriously and will be addressed by the family privately.

"Harry, Meghan and Archie will always be much loved family members."

The most serious subjects that came up as Oprah interviewed the couple included recollections of alleged comments about baby Archie's "skin color" by a senior royal, and of Meghan Markle feeling suicidal but being denied any mental healthcare.

It also became clear that the couple fled the United Kingdom under duress, and that leaving the Royal Family for good had not been part of their long term plans from the outset of their engagement and marriage.

Other issues? Finances, obviously. Prince Harry said his family "cut him off" at the beginning of 2020, and that he and Meghan have been funding their (lavish, BTW) lifestyles via streaming deals and Harry's inheritance from the late Princess Diana.

The interview has gone viral all over the world, but it's obviously a particularly big deal in the United Kingdom. Controversial right wing media figure and former foe of Ariana Grande Piers Morgan has already lost his job as presenter for ITV's Good Morning Britain after refusing to back down on his anti-Markle stance, saying live on air that he didn't believe that she'd ever considered suicide and had made the whole thing up.