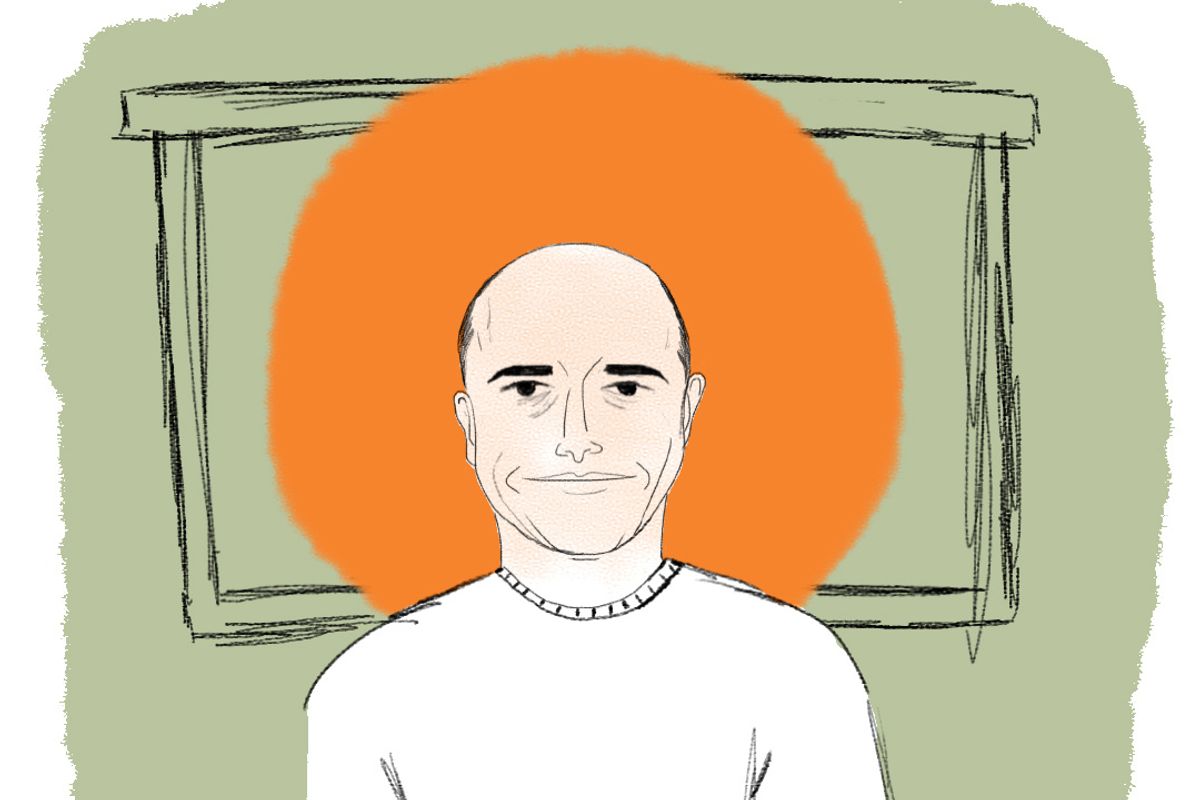 Fans of Rob Corddry were likely first introduced to the actor and comedian during his long tenure as a smart-aleck correspondent on The Daily Show, which began back in 2002. In the years since, he's filmed a slew of movies and TV shows including, perhaps most notably, Children's Hospital (which he co-created and was also a writer on), Hot Tub Time Machine and Ballers. Last year, Corddry was back on the small screen in The Unicorn, a CBS series starring Walter Goggins as a widower re-entering the dating world, egged on and encouraged by a group of close friends that include Corddry's character. The show recently got picked up for a second season. Corddry can also be seen in Netflix's new doc, Have a Good Trip, that shows a slew of actors, comedians and other famous names recounting their memorable experiences on psychedelics. And, in a completely separate lane, Corddry will also be co-hosting Top Gear America. But, for now, like all of us, he's at home. Below, he shares a day of his life in quarantine.

Woke up. Naaah. Go back to sleep.

Wake up. Pee. Sit on the edge of my bed staring outside. It's cloudy out. That cheers me up a little so I get down to the business of standing up. We meditate as a family every weekday morning using the Headspace app and the calm British man told us that to be more mindful in life we can practice by trying to be conscious of every time we stand up. I remember that a few minutes later. Late again. What was my monkey brain up to when I was standing up? Probably thinking about mockingbirds. Those goddamn things never shut up.

My kids are reading in the living room. Well, my 11-year-old is reading. My 13-year-old is laughing at memes. She has a book of memes. Does that count as screen time? Or reading? Did I stand up again? I have to remember to remember when I've stood up. It's Sunday, Mother's Day, and the dining room table is decorated with gifts and cards that I set out last night at 2:00 AM.

My wife comes back from her walk. She's already read most of the paper (after baking it in the oven for a spell, of course) and exercised because she got up at 7:30. She loves Sunday mornings because it's her only real alone time all week, pandemic or not. She's in a great mood which I accept as a personal triumph, like it has something to do with me. It's mine to lose! I make her an Americano and we read the rest of the paper.

I'm making a turkey sandwich. I haven't been eating much these days. Maybe it's the weight of this whole thing? It's a heavy weight and frustrating because it's obvious why I feel it but it isn't specific enough to parse. It's just... heavy. Shit, I had to stand up to make this sandwich. Wonder how that was?

Abandon my sandwich after two bites and eat an edible. Maybe that will help. Or hurt. Or do anything different than the usual. I wait.

We're out of garbage bags. Something that would normally not be such a big deal but these days it inspires in me a twinge of panic. My wife tells me we have blue recycling bags, we can use those instead. She has to tell me where they are. She spends most of her day telling us where things are. Also how long to microwave food. I wonder if I could sneak a nap in on Mother's Day? Probably shouldn't. Maybe.

I hate doing this diary. It's put me in a funk. I'm all for living an examined life but a moment to moment examination of my day is unnecessary. I thought it would appeal to my narcissism but it's not even entertaining. Why are you still reading this?

I just broke one of last night's wine glasses while cleaning it. I wash the second one half-heartedly. That'll show him. We're listening to Fiona Apple's new album. Every song feels like it could be the root of its own album like Beyoncé's Lemonade, which I also liked a lot. Would I like them more if I were a woman? Is there a word for gender FOMO?

Read the obituaries and it cheered me up. Let me explain. Reading so many death statistics can be an exercise in disassociation. You can't mourn statistics. I say that knowing that so many people have lost loved ones and disassociation would be impossible for them. As one of the lucky ones, it's a tiny act of empathy to read about the lives of people who have died, written by those who lost them.

Kids are doing their remote karate and song-writing classes so my wife and I have some alone time to spend as sexually as we want. So we color a huge coloring map of LA. It's wonderful.

We look up from this six by three foot coloring monstrosity three hours later and we've barely made a dent. Well, my wife has. She tackled one quadrant which is almost colored while I obsessed over coloring only trees, careful to get the shading uniform. "I'm putting the sun over here," I said to my kids when they came in after their classes. They look at me like I said, "I'm trying to make this fun thing as dull as possible!" We stopped when the food arrived, from Dune in Atwater Village, and we're moving it outside to eat in the cool evening. They're moving it, rather. I'm standing in the bathroom doing this stupid diary. And if I'm standing it means that I must have, at some point, stood up. Fuck.

Something about my own behavior today was probably the inspiration for my family movie choice: Rain Man.

They loved Rain Man. I do a pretty spot on impression of Dustin Hoffman in that movie and truck it out for my kids after blowing 30 years of dust off it. My 13-year-old cocks her head and asks, "I don't know if that's cool. Is it?" I don't have an answer, which means probably not. Definitely not. Definitely not cool, R-O-B Rob. Bed time. Sandy and I will watch Dark, a German thriller that is dubbed in English, which is weird but the VO actors are good and there's only a few times the lip-flap doesn't passably match up.

This is done. Thank God. The devil is in the details. I'll default back to a semi-examined life tomorrow. I'll start the day by standing up. Good night.