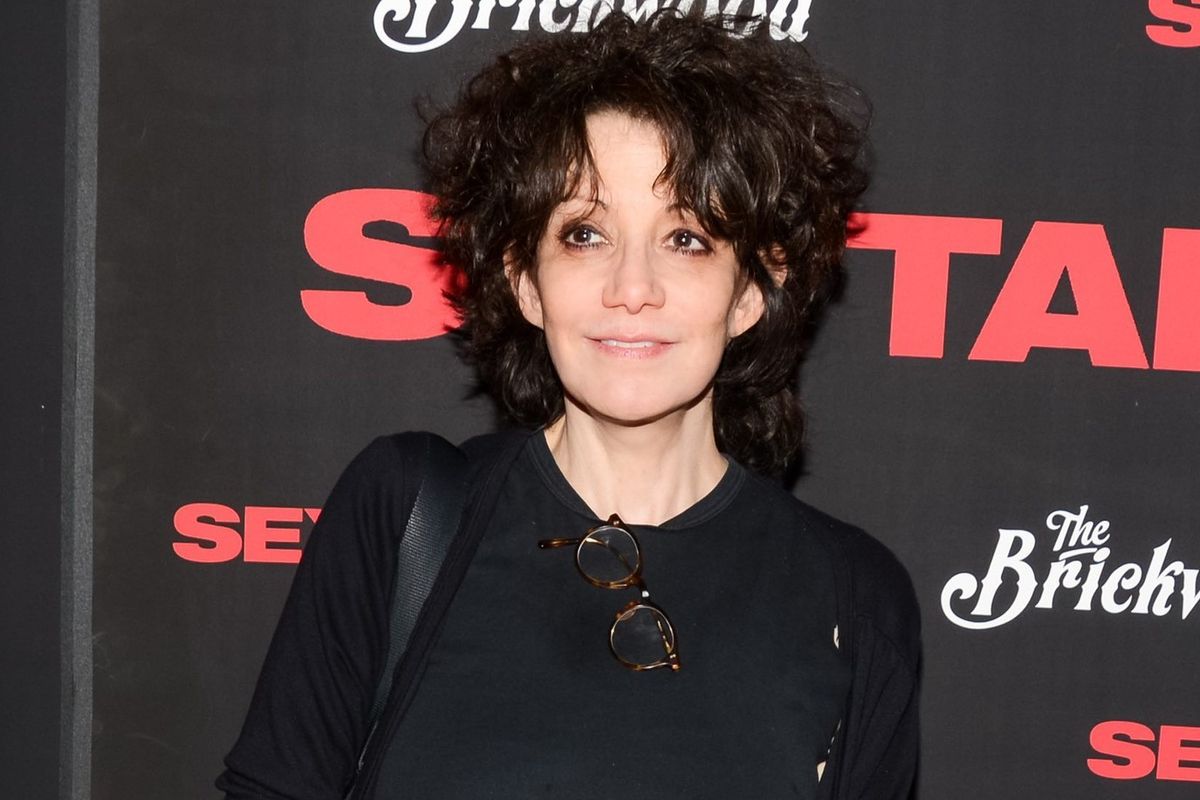 On May 14 and 15, The Metrograph, the Lower East Side's newest film palace, will celebrate the work of director Amy Heckerling with a weekend-long retrospective with screenings of classics Johnny Dangerously, Fast Times at Ridgemont High, Look Who's Talking, and Clueless. Heckerling's career is defined by her timeless comedies, iconic characters, and films that both embrace and reflect the merits of creative risks. Whether we've followed a Bruce Willis-voiced baby around New York or navigated Bronson Alcott High with Cher, Heckerling's impact has been felt by all of us in one way or another, making this series long overdue. I called Amy Heckerling to talk about the retrospective, "Teen Girl Speak," and the importance of liking what you like and not apologizing for it.

You're so good at creating and voicing teen characters How do you write teens so well?

You know, I don't think you go, "Okay, so now there's this foreign body of people I have to write." You're way more into the characters and the story that you're telling and how they interact and what their goals are and what they're trying to get out of each other. You don't go, "Okay! Teen Girl Speak™." It comes from a whole other place. But then as you're going through life and hearing other people speak, you sort of translate it into their language.

Totally. I remember reading in As If!: The Oral History of Clueless that you went to schools and did your homework without really being undercover. You were very respectful of the way teens lived their lives, which is massive.

When did you realize that this was something you could do? That you were good at this and could do this as a career?

Oh, I never did that.

That's a really refreshing take because I think a lot of people in the arts are perpetually waiting for that a-ha! moment to make the Imposter Syndrome go away. So it's nice to know you that look at work like a project, then the next project -- it's what you want to do, it's your dream.

It's what you want to do more than anything and you'll die if you don't get to do it, and you feel like crap when you're not doing it. And it's not like, "Yahoo! I'm so good at this!" Or maybe other people do, but they're different people than me.

I think that warmth translates. There's a warmth in that way of thinking. I think when someone shuts off their creative insecurities and vulnerabilities, they can turn into a creative robot. But when somebody tries their best they reserves a spot for a human connection, and that's a constant in your movies. Like, Fast Times at Ridgemont High feels like you're there with your best friends.

That's great! I mean, there's a lot of movies I watch that take you back to a particular time. Some days I feel like it's 1935 because of what I've been watching that day.

What did you take from each of your movies and bring to your next?

It's not so clear cut because you have to go to studios. They want one thing, you want to do [one thing], they want you to do something else or they don't want you at all, and you're figuring out how to get in and what they want. So you're not sitting there thinking, "What did I learn and what do I do?"

Do any moments come to mind when you had to stand up for yourself when making these movies?

Well, on those particular movies, it was not the same as some others. Like on European Vacation I was quite miserable. I kept wanting to quit, and the executive at the studio was like, "No, the dailies are great, just get through it!" And [I was like], a monkey could do this better than me, let me go home.

Yeah. But Fast Times was a wonderful experience. Cameron Crowe wrote a great script and Art Linson was a great producer, and the crew was very supportive of a first-time director, which is not always the case. And then Look Who's Talking was my baby, and Clueless was something I was really happy making, so those were better experiences.

Why do you think realistic teen culture in movies is so rare now? Because we do look back quite a bit at the eighties and nineties as touchstones for teen films.

You know what, I don't know if it's necessarily not prevalent. There are a lot of movies that are teen-like in how the characters are behaving. You know, Seth Rogen and Jonah Hill, and those guys doing very young characters and smoking a lot of dope and all of that stuff. To me those are like teen movies. Extended childhood maybe, but it's the same genre as far as I'm concerned.

Also, when you look at Look Who's Talking, it's something that's not afraid to laugh at itself. Because you have this premise that on paper sounds insane, and then you watch it and it works so well. Like Bruce Willis voicing a baby! But then you see it, and you think, "Well of course Bruce Willis is voicing a baby." Where did that come from? Or were you just rolling with it?

[Laughs] No! I had a baby then. And you can't help but wonder what they're thinking and what they're saying and putting words in their mouth. You know that a baby isn't sitting there thinking, "Goo goo ga ga," they're people without the ability to use their voices yet as far as speaking a language. But they're growing and learning faster than any time in their lives, so they're figuring out so much. And that's something you can identify with a personality. They are who they are. When they're two or when you're 40, you're the same person.

That's true. Especially when you think about how your favorite movies and music and TV shows end up being the same ones you liked when you were a kid.

Yeah, well when I was a teenager, I was trying to learn about the history of film. And I always loved old movies that I watched with my father and my grandfather. But meanwhile, you're reading about the meaning of Godard and Truffaut, and you see it, and you're trying to find out why things are important and great. And then at a certain point you go, "I don't think anything's better than James Cagney in Public Enemy. And I don't care about what's in the top five new wave films." I like what I like, you know?

Yes! And I think that's one of the most liberating things about being a person. Realizing, "I like what I like and it makes me happy."

I'm not ashamed about the things that I like. Yeah, you can learn about a lot of wonderful stuff and really love that stuff too--not all of it, necessarily. Just because everybody says Breathless is great doesn't mean you have to wear the t-shirt. You can say "I don't care--I like 1930s musicals."

Well, you would be correct to like those, because 1930s musicals are great. So when you look at these four films, which do you feel reflects you the most?

I know it doesn't make any sense, because when I was writing Cher, I was thinking, "Here's a person who's the opposite of me." She's blonde, her father yells but she thinks it's funny, she puts on her clothes and knows she looks great, and she confidently tells the teachers that she deserves higher grades. This is not how I go through the world. But when I think about it, I think underneath it all, it might be the closest to me just because there's something in her that thinks things are possible. And I must've been that person, to try and go into films when there weren't that many women, and there was nobody in my family that did anything like that. There was no reason to think that [someone] from the Bronx with a crappy education would be able to get to Hollywood and make movies. So I must be extremely positive underneath.

Of course! If you can make something so positive, that equates to positivity in you.

Yeah, and if you ask anybody what I'm like, I don't think "positivity" is the first thing that comes to mind. [Laughs.] But it must be there.